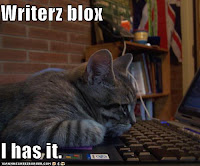 I don't really have writers' block but I thought it was a cute picture.

I tend to go more in the way of writers' overload, meaning I have too many projects going on at once. But as my muse(s) explained last week, sometimes that's a better solution for me if I do get stuck or disillusioned with what I'm writing at the time. I tend to switch back and forth depending on how hard my muses are working at that particular time. I'd love to be a one-story-at-a-time woman, but that's just not me.

And on that note, I have picked up yet another project - this one a free read for a group on GR. The object was to post a pic and a Dear Author letter and then hopefully someone would pick yours to write about. I got the one I wanted 2 seconds after the whistle blew for the main event. There were a few I had listed as maybes but this one was the first one I really felt hooked into. I don't have names or a title but I have a pretty good idea where I want the story to go, and as usual, it will involve one of my favorite sub-genres (or whatever you wanna call it.)  That's all I'm going to say so here's the pic and the letter to go with it. 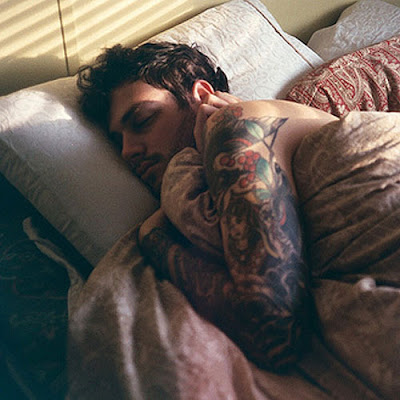 I watch him sleep, he looks so young and beautiful.  We met in a bar a few months ago, I don't know why he came home with me that night, but he did, he stay the next day and keeps coming back. I ask myself: What are we? Lovers? Fuck buddies? Boyfriends? But I only dare ask myself. Why does he keeps coming back? I'm older than him, a geek, with a boring life. But I don't ask him anything, beacuse I don't want him to stop... I'm falling for him, no, that's a lie, I'm in love with him.  What can I do?

(How could I pass that up? Sounds like angst to me - my favorite kind.)

I posted a pic and letter as well, and it was chosen by the fabulous Belinda McBride
who wrote one of my faves, Blacque and Bleu. Here's mine: 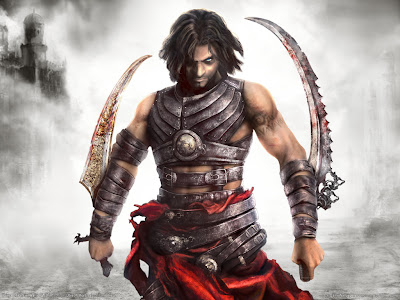 Five years ago his long-time lover was taken hostage by the enemy and was never heard from again. He drew upon everything he had to find the man he loved while his friends watched him become a hard, uncaring man before their eyes.

After three years, he was forced to give up, his heart hardened by the loss of the only love he ever knew, and now he doesn’t care whether he lives or dies just as long as he takes the enemy with him. He intends for this to be his last battle until he sees an impossibly familiar face staring at him over the blade of a sword.

(I had already decided that if my pic wasn't chosen, I was quite happy to write it myself. And then it occurred to me that it's an awesome blurb I wrote  - you know, those blurbs I can't for the life of me write about my own stories - ack - the irony of it)
*****


And OH EM GEE! I got my digital copy of OUT magazine for March -
Joe Manganiello on the cover and inside *growls and swoons* 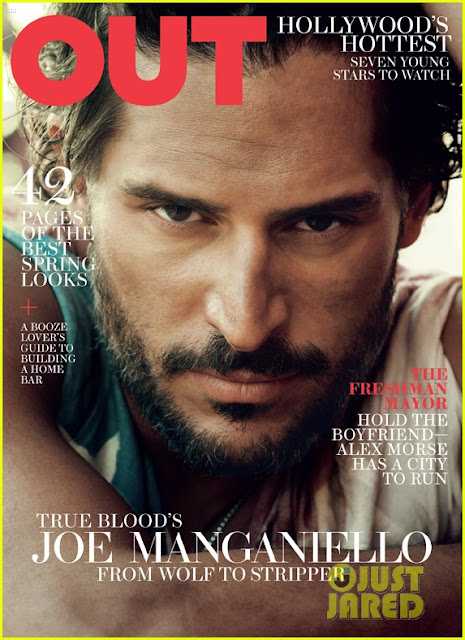