First I'll apologize to any newbies to my blog. I do post about my writing, my books, pretty pictures, songs and other stuff, but I also theorize about things that are important to me, and I talk about my own personal business. Today's topic - Validation.

Validation
To acknowledge and accept a person's feelings, thoughts, behaviors and internal experience as valid and understandable.
Validation is a tool that verifies that the other person’s feelings are valid, but doesn’t necessarily condone or agree with their behavior.

One of the main things people with Borderline Personality Disorder involuntarily seek is validation, more in a way of negating the invalidation they feel inside due to their issues of abandonment, abuse and rejection. It is actually named as an essential tool in managing a relationship with someone with BPD.

Validation doesn't come in the form of gifts or awards, and validating someone else does not mean you have to agree with that person's thoughts or feelings. Validation just means you are acknowledging the thoughts, feelings or accomplishments of someone else - which in turn, means you are listening - and not judging. That's the important part I think, the listening and the non-judging.


I believe people with any sort of mental illness judge themselves constantly, and having been in therapy and groups for a long time I've heard a lot of reasons why people feel they should judge themselves. It's an easy thing to do, be hard on yourself and say you're not good enough or it's your own fault for having the illness you do, for feeling how you do. Since the outside world can't see the pain these type of illnesses can inflict; mentally, emotionally, physically, it becomes all the more easy to judge and blame ourselves for how we're feeling. But in reality it's no different than having asthma, diabetes or any other illness that is considered physical, and one day I hope society comes to better understand the mentally ill as having more than one face - one crazy face. 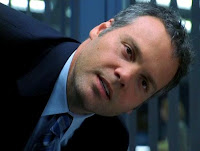 You've seen it in movies or television, even in books, the person with depression or bi-polar or schizophrenia is crazy and therefore can't control their actions and should be pitied then put away in the nuthouse. I'm not saying any of this to offend anyone but there's a lot of times I, myself, have been offended by the words of others when it comes to mental illness. My family goes to a beautiful lakeside cabin every year where the other cabins are all owned by friends and family. At one point one of the cabins was owned by a man who was always called crazy and unstable because he had depression and took medication, and yeah, was a little different than the others around him. All these years later every time his name is brought up, the same things are also associated with him; depressed, crazy, out-of-his-mind, medication. I sit by and stifle all the things that I want to say to these ignorant people - who by the way aren't ignorant in intelligence but ignorant in knowledge and who I love dearly - but I know it's not going to change how they talk about this man nor will it make then want to understand more of what he's been through. 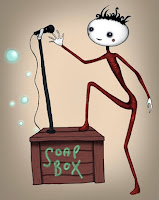 I'm open about my illnesses, my hospitalizations and my state of mine in general, and I'm sure in a lot of circles I'm also considered to be the crazy, out-of-her-mind one who is on medication and generally just can't cope with life. There's nothing I can do about that except try to educate those that I believe will try to understand the intricacies of mental illness and not group every illness and every sufferer into one pretty, tied-with-a-bow box. We have a saying in therapy - "I am not my illness" - and I know that, but sometimes it's hard to keep believing when I'm looked at and judged as the illnesses I have, and not the actual person I am inside.


I'll get off my soapbox now since I never meant to get on it in the first place. This whole post was only supposed to be about how good validation makes me feel and how someone in my life has validated me in the best possible way. In a few distinct words she's made me realize that I have overcome a lot in the past year, plus done a lot to be proud of so excuse me for tooting my own horn - a little self-validation goes a long way. 2011 was one of the worst years I've ever had - hospitalizations, med changes, sickness, depression raging out of control, but like the mighty Phoenix (lol had to say that for effect) I'm climbing out of the ashes and becoming a better me - dare I say, an accomplished me? I'm not saying I'm successful or excellent at what I do, but I'm trying, and with small baby steps, I am succeeding. 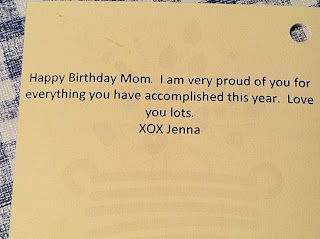 (Heres' where I self-validate, ie toot my own horn lol - or as we say in therapy, this is my Accomplishments List) (feel free to ignore this part :D)


- Outfoxed came out in August as a free read but also as the first piece of original work I'd ever let go into the webiverse, plus it's in two anthologies as well.


-Pride & Joy, my YA short story that I'm proud to have all my royalties go to the It Gets Better campaign came out in January.


-This month I had Love & Patience and Theme of Hearts.


- Later in the year my story, The P.I. and the Rock Star, will be in an anthology for Less Than Three Press. (and it's awesome if I do say so myself - lol)


I don't have any other sure-things, but I have a few totally possibles:


- Lawyers in Love (tentative title), my lawyer story is at 26,000 words and I think I already have some interest in it. My big hope is it will end up long enough for print.


- I also have an outline done for a Father's Day short/novella that I'm excited to write since I'm a big fan of stories with children and dads. 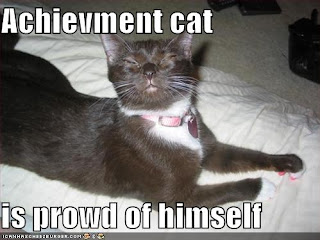 Maybes are better than Not Gonna Happens or Not Even Gonna Tries, right? So I guess I'm trying really hard to let myself be a little proud of me right now for those accomplishments.


But what I know I'm exceptionally proud of is having a hand in growing such a beautiful, considerate, empathetic, caring daughter who's note (above) brought tears to my eyes and love to my heart. Like I said, validation goes a long way to encourage someone to keep climbing out of those ashes.


Have you validated someone today? Maybe you should give it a try, it might make you both feel awesome. :)


(Disclaimer - the views in this post are strictly mine and I do understand that validation is not only needed in people with mental illness, but I am simply writing from my own point of view)