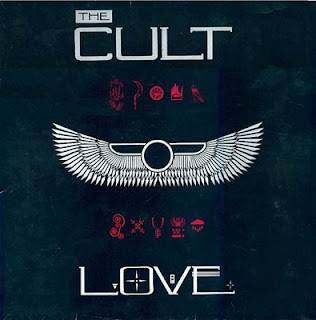 The cult emerged in Britain from the forming and disbanding of several other bands in the mid-80s. They crashed onto the scene in 1984 with their single "She Sells Sanctuary" - a song I still have to get up and move to even now.  They could never really be considered one particular style of music - picking up the pseudo-mysticism and Native American obsessions of the Door, the guitar-orchestrations of Led Zeppelin, the three-chord crunch of AC/DC, and adding some touches of post-punk goth rock.

For me, it was the Doors influence and more precisely Jim Morrison aura that lead singer Ian Astbury had going on. He was sexy and bendy and could belt out a song to precision with that unique sultry voice of his. He even became part of a band called The Doors of the 21st Century in 2002. Astbury and original member, Billy Duffy, reformed the band a number of times and as of now are preparing for a new album to be released in May of 2012. I still really love their sound.