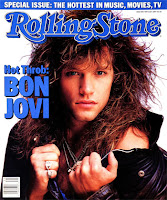 Bon Jovi. They've been a part of my musical life since the mid-80's and still have some high play on my iPod. They also stand as about the 3rd most seen in concert for me. They're electric, addicting, hot, hard-rockin', beautiful-balladin' boys who have stayed together almost 30 years. Obviously, Jon's branched out - solo stuff, country, acting - but he's always stayed true to Richie, David, Tico and Bryan. 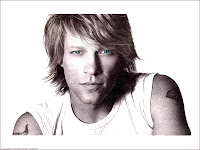 I was unhappy when he cut his hair but there's was no denying he still had the looks and the talent - big hair or not. (did you see him in Moonlight & Valentino OR Little City - awesome) Not sure I can pick a fave song of one of my favorite groups ever but I think I'm more into the older stuff from the 80's and early 90's. Back in my younger days (lol) my go-to Karaoke song was "Born to be My Baby" - great song to belt out. As for the rest of the band, I've always totally crushed on Richie Sambora as well - I have Richie solo albums too - though the poor man has been through the ringer over the past few years with his personal life. I always thought Jon and Richie had a pretty awesome bromance - yeah, even back then I was thinking those thoughts. :P


Anyhow, I digress (as usual) so now I give you... the fabulousity that is Bon Jovi.
Then 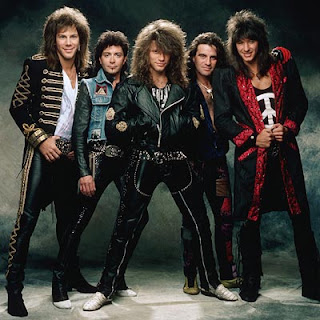 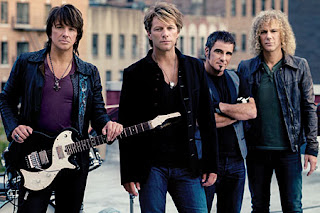 I totally dare you to not have a chuckle over this video, and WOW, all that spandex.
Remember it was 1984. :)

Love this song so hard. Great for cowboy-writing inspiration, too.
1987


I have to admit I like this song and the video even though Bon Jovi's country stuff isn't really my thing.
2005

I was lucky enough to see this song live and wow, just wow.

Okay - yeah, you know I'm always only going to post 1 or 2 vids but when that OCD kicks in and I hear all these great tunes again, I just gotta keep going. I think it's going to be a total Bon Jovi day around here - they are just so mood-lifting to me. Have a good weekend and Keep the Faith y'all.