I'm not sure if you've all heard the big kerluffle going on with PayPal and some of the ebook sellers including All Romance Ebooks. I'm not going to go into the whole situation except to say PayPal is basically forcing these booksellers to remove books that fall into a few select categories or they'll stop doing business with them. Don't quote me on that because maybe I'm not explaining it right but my overall opinion is that PayPal has no right to do what they're doing.

Now, on to my task for the night. I am an absolute fangirl for the writing of Reno MacLeod and Jaye Valentine, both for their unique ideas and their beautiful character and world building. One of my favorite series is StarCrossed which just happens to be in one of the categories of books that will be removed from All Romance. Reno said they'd be gone by Friday, and since they self-publish, I don't think they know where or when they'll be available again for a while. I'm also bummed that the 5th book in the series will now be delayed because of all this PayPal madness.  If you like paranormal/fantasy with a variety of creatures and beings, I urge you to check this series out because it's completely awesome. (PS Check out the covers too - designed by Reno himself) 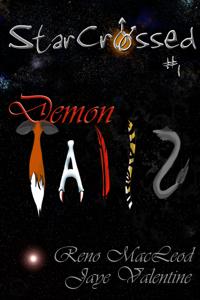 Famous for the witch trials of 1692, Salem has been trying to smudge out the horrible images of murder and injustice for centuries. In a complete turnaround, the town began welcoming all witches, and by the early 21st century one in four Salem residents either claimed to be a witch or to know one.

Jace Barton is a demon making a comfortable living as co-owner of Tailz -- a colorful pub in Salem -- along with his twin brother Konnor. Strange people pass through its doors all the time, but on Halloween things always tend to get even more bizarre. Still, Jace is surprised when Cash Rowan pays him a visit with a tale that stands Jace's hair on end. Ten years of desperate searching has brought Cash to Jace's door, and he isn't leaving until Jace gives him exactly what he needs. 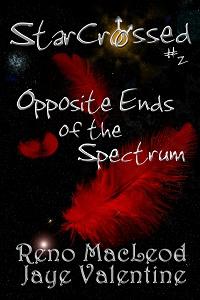 StarCrossed 2: Opposite Ends of the Spectrum

Incubus Dekin Swain finds himself plucked from his monochrome, sex-feeding lifestyle and thrown into the harsh, chilling world of a traveling carnival freak show. His life gains a vibrant splash of color when he is caged beside a fellow 'freak' who should be his mortal enemy.

A prisoner of the carnival long before the demon arrived, Kelly, the 'Scarlet Angel', has almost given up hope of ever escaping his captors. His extraordinary hair and wings quickly catch Dekin's interest and lustful stares.

Thrust together by the cold fingers of fate, Dekin and Kelly are forced to put aside their differences and work together. The appearance of an artist with an unusual talent puts the fragile bond between angel and demon to the test. Dekin and Kelly quickly discover that although life together will never be easy, life apart would be unbearable.


Link: StarCrossed 2: Opposite Ends of the Spectrum 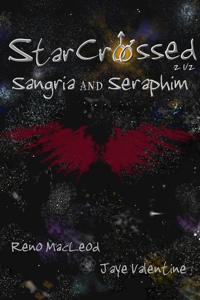 
Identical twin demons Jace and Konnor Barton run Tailz, a supernatural-friendly bar in Salem, Massachusetts. The sort of place where things are never dull, on the weekend of a full moon things can get even more interesting. When Jace encounters an angel in distress, he can hardly resist the urge to offer his own special brand of help.

Ariel is an angel with an itch to experience the darker side of earthly life, and he has heard through the grapevine that Jace is the demon for the job. Much to his surprise, Ariel finds out he will be getting both brothers coming to his aid for the price of one. 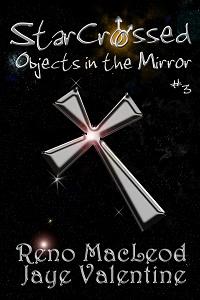 StarCrossed 3: Objects in the Mirror

StarCrossed 3: Objects in the Mirror takes us back to the town of Salem, Massachusetts, where the populace is busy making up for its witch-burning reputation by letting all manner of unusual folks live there. Jace and Konnor are demon twins grabbing a second chance at life, but trouble starts when local clergy are brutally murdered, and the Salem Special Council is asked to investigate.

Twenty years should be enough to leave their past behind, but it comes charging after the brothers with an unholy vengeance. When one falls under suspicion for the murders, it shatters the heart of the other. Only an unlikely alliance of angels, vampires, were-creatures, and humans can help the brothers and keep the secret of supernatural beings living in Salem safe from the outside world. The clock is ticking.

Link: StarCrossed 3: Objects in the Mirror

StarCrossed 4: In the Blink of an Eye 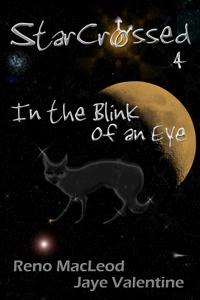 StarCrossed 4: In the Blink of an Eye takes us back to Salem, Massachusetts, where the town is evolving from openly making amends for its witch-burning past to something darker. While some people choose to lock their doors and pretend those who are Other don't exist, some decide to use them to turn a profit.

For years the home of vampire Gennady Zaitsev has been a refuge to wayward supernatural boys. Taken in at the age of four, werefox Fallon Demeter has grown up with the love and caring of his blended, surrogate family. As the fragile peace enjoyed by the supernaturals begins to break down, Fallon draws the unwanted attention of a vicious enemy from Gennady's past. Plunged into a harrowing adventure that brings his forgotten past back with horrifying clarity, Fallon becomes lost and alone in the brutal outside world.

As the buffer the supernaturals have enjoyed for so long continues to erode, Salem may no longer be their safe haven.  The secret is about to get out.

Link: StarCrossed 4: In the Blink of an Eye

Email ThisBlogThis!Share to TwitterShare to FacebookShare to Pinterest
Labels: authors