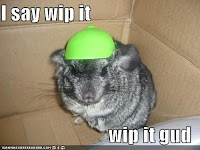 I definitely have a few WIPs that need to be whipped into shape and I love that little pic. :)

Olympic Football: I finished and subbed my Olympic football story - it came out at 8000 words just between the 5 and 10k parameters. I think it's a sweet story and it shows I may have even learned something during all my Euro Cup watching because I actually used some football words. :) I think I'll hear next week whether it will be accepted for the anthology.

Ancient Greece - Olympics: This one has been put aside for now. It ended up at 10k before it was 3/4 finished and I think the relationship overrode the Olympics part a little too much. Eventually Xanthos and Lykos will see the light of day but for now they're sleeping peacefully. 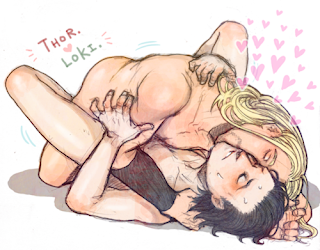 Ali's story (Family of Misfits 2) (not the actual title): So far this one is only thoughts and 1000 words of notes but I've had people ask for it already. I do know where it's going but I just have to get them there. I promise to have it out by the end of the year and I know it's going to be fun to write Ali and his spirit mate. :) (I'm still struggling to find a stock photo of Ali and Lucius, too - dammit)

Ho Ho Ho MLR Christmas stories: I'm hoping to do a short sequel to Countdown to Daddies - with the babies having their first Christmas with their daddies. Better get my butt working on that.

Kiss Me at Midnight collection: This one's for Less Than Three Press. A collection of stories based on a new year, a new start. No ideas yet but I have some time to mull it over. Anyone have any suggestions? 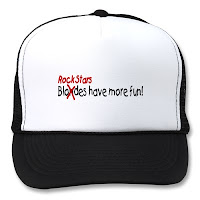 Rocking Hard serial story: I've started this one - barely - and will be using characters from my The P.I. and the Rockstar story that will be in the Private Dicks anthology from Less Than Three. I think it's due out in September or October. You gotta know this call is right up my alley considering my obsession for rockstars. :P

Rockstar (health issue) story: I have this 26,000 word story that I was never able to finish for one of NaNoWriMo. It's not done and I haven't looked at it for a while but eventually I'll brush it off and see what I can do for it. Can't just trash it - it's Rockstars. :)

Home on the Ranch 2: I started this one for Valentine's Day (13,000 words) but it went too long and I got bogged down with working out where I wanted it to go. Josiah and Wyatt will be back though. They still have a lot to say.

Outfoxed: Outfoxed was my first original story - ever, at least for public consumption - and was a free read. I'm going to spruce it up a bit and continue on from where it left off and hopefully publish the whole thing together. I miss my rockers boys and the added part is already at 15,000 words.

Sam & Jandro: You might have noticed this one on my main blog page. It's a story that I wrote a few years ago when I was just beginning to write fanfiction. It's very rough and I believe I've honed my skills a little since I wrote it. It's a touching story about family and hate and love, and my characters are absolute sweethearts. I hope to get back to it eventually and see if anyone else is as interested in it as I am. It's 82,000 words at the moment - holy crap. :)

In other news: I finished my first round of edits on Domestic Relations for Less Than Three and have ones for The P.I. and the Rockstar sitting on my desktop waiting for attention. I also was able to pimp Lucius' Bite in my friend Zathyn Priest's new digi GLBT magazine The Scarlet Letter and I might be doing a blog post for the next issue. Check it out - there's something for everyone and it's kind of awesome, even if I am a little biased. 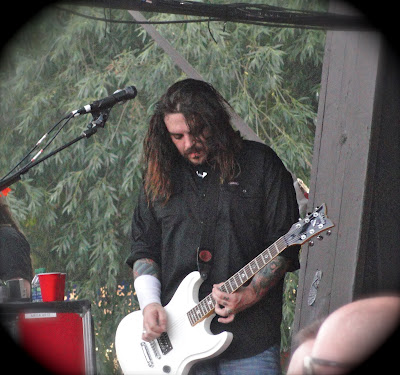 And in real life: I still haven't sorted out my cruise pics but I will soon. Last night my sister, my crutch and I saw Seether at the Calgary Stampede (if you don't know what that is, google it - it's sort of Calgary's claim to fame 10 day cowboy party - but we are not all cowboys trust me) It's the 100th anniversary - um...yahoo. To be honest I only go down when there's a band I want to see - and Seether is one of my faves. Anyhow, my boys rocked the park for an hour and a half - and hour and half of bliss for me. So awesome to see them by themselves and without other bands to take up their time. I'll post a couple of pics here.

On Friday, I'm going to another Stampede sort of thing - the Oxford Stomp. It's band-related, of course. Big Wreck, Theory of a Deadman, and the headliner GOO GOO DOLLS. Yeah, I kind of love them, too. It's all outside so I'm praying for some cloud cover or I'll be a hurting unit because it starts at 3 in the afternoon. I will be cowboy-hatted for this one - my Vancouver Pride cowboy hat - and my crutch and husband will accompany me. 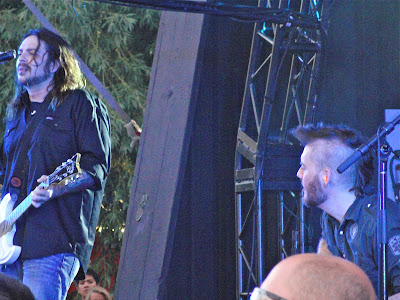 And speaking of the knee and crutch - I'm scheduled for my next steroid injection on Tuesday so I hope everyone will keep their fingers crossed that it'll work this time. I want to go to Vancouver Pride crutchless. :) Sorry this was so long-winded. Have a great rest of the week.


The Goo Goo Dolls will be rocking the stomp. Love my Johnny and Robbie

I think Thor and Loki will approve of my story. :)