Sunday at the movies 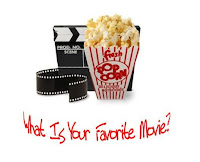 Sundays at the movies. New category to the repertoire of my blog that I will probably be unable to maintain like the rest of my categories. But I can promise to try.

I thought I'd share some of my favourite movies with you - and yeah, they'll probably all be gay - and no, I won't keep putting The Avengers or Thor over and over and over. *crosses fingers*

I'm not going to put them in any kind of order because that would completely destroy the OCD guy that lives in my head - trust me, it would be a logistical nightmare. So here we go - in no particular order (I have to keep telling myself that) - some of my fave movies. Feel free to share yours with me.
(PS This will be an on-going list. I'm not going to try to put them all at once (I hope - *smacks OCD guy*), in fact I'm going to put them as out of order as possible. :)

It's My Party (1996) starring Eric Roberts, Gregory Harrison,  Margaret Cho, Roddy McDowell, Olivia Newton-John, Marlee Matlin, Bronson Pinchot, Christopher Atkins (wow, that's a lot of people)
~~I've started with an oldie but a goodie and I think it was one of the first "gay" storylines I'd seen (besides Philadelphia, which I'm sure will make the cut eventually too - at least one that I can remember. At the time I loved Eric Roberts so I think that was the original reason I even watched then bought it (on VHS lol). In today's standards, it's probably a little hoakie or cliche but it still remains one of my faves and I finally bought it on DVD to enjoy some more.
**tear warning

"You won't leave me, will you?" Nick asks Brandon shortly after revealing to him the results of his last blood test for HIV. "I don't want to die alone."

BANGKOK LOVE STORY (2007 - Thailand - English subtitles) ~~ not your typical love story by any stretch of the imagination or your typical gay story line but damn, I love this film. This movie is raw and violent and hopeful and will break your heart. It's high on my list of favourites and the acting by the two MCs is spot-on awesome. These characters will make you care for them no matter what they do or who they are. There were little tears of sadness and joy all the way through and I was seriously afraid to get to the ending but I won't tell you what happens - you'll have to find out for yourself.
**tear warning
Killing brought them together. Their love is dangerous.
If you deny love, can you deny longing?
Love can happen to anyone.

THE MAN I LOVE (L'homme que j'aime - 1997 - France - English subtitles) ~~ So this one was actually supposed to be a TV movie so don't expect sex or language but the story is so sweet, the main character Martin adorable beyond adorable and of course and his object of affection hot and steamy. There's definitely some GFY in this one, and a little het, but if you just ignore it and enjoy the relationship that forms, you won't be able to deny it's awesomeness.
**tear warning

What gay man hasn't sat beside a pool and dreamed of declaring his love to a beautiful straight boy whose Speedo fits just right?

SHELTER (2007) ~~ You had to expect this one was going to be here. It's a realistic (IMHO) portrayal of a young man trying to understand who he is. The acting is good, the story is good, the characters are well hashed out and likeable. If you haven't seen it, you really need to. There isn't an abundance of sex but what little there is is really amazing. Brad Rowe and Trevor Wright do a fabulous job of looking natural and into each other. That doesn't mean I'm saying gay actors should play gay characters - I'm just commenting that they seem to have a chemistry that other gay characters in North American gay storylines don't seem to have. *gets off soapbox*

Love happens where you least expect to find it.