Sports don't usually get me excited - not even hockey and I'm a big ole Canuck. But there was only two maybe three complete games I missed in Euro 2012 and I'm so excited that "my" team won. Lol.
4-0 over Italy. It was basically a run-away but Spain played perfectly. Awesome game. 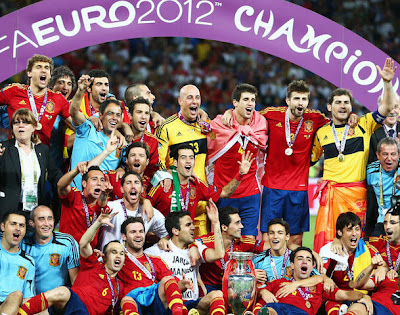 Just a few other pics with probably a common theme of Fernando Torres. :) 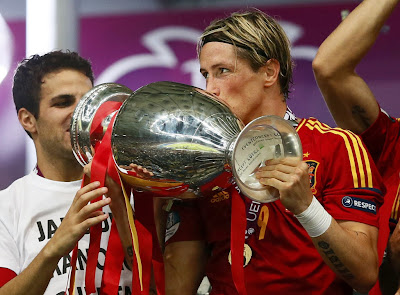 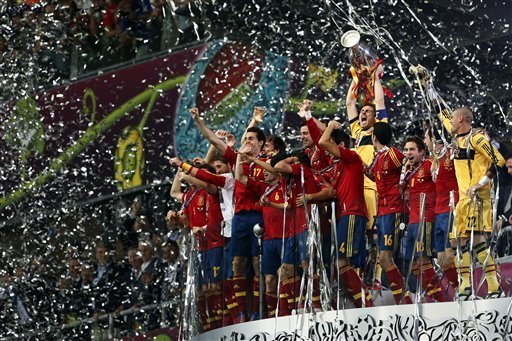 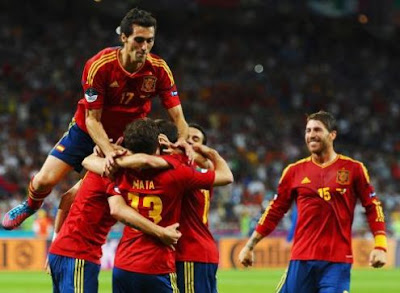 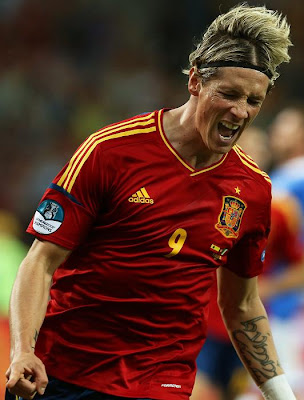 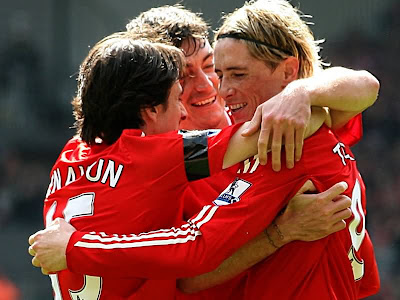 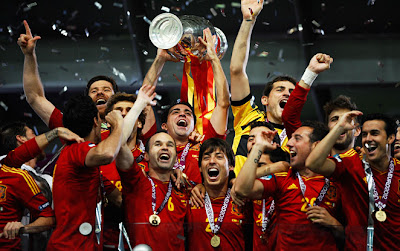 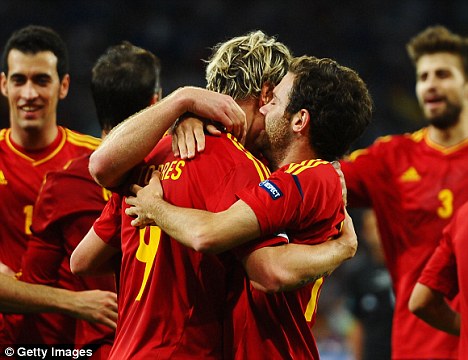 This is such a cool pic.
Torres just passed the ball to Juan Mata who scored Spain's 4th goal. 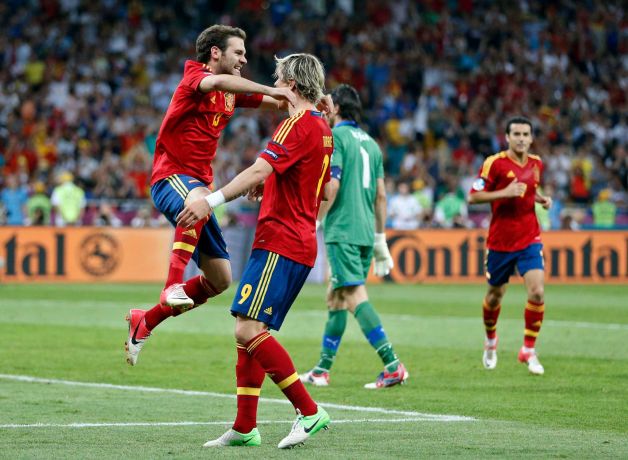 And now another obsession can float away - wonder what's next? ;)
PS It's probably not my last sports post. ;P
Posted by K-lee Klein at 7:23 PM