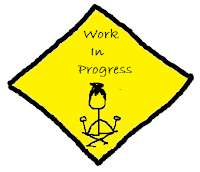 Look at me - three posts in three days. Someone is going to accuse me of being organized or something but alas, no one should get used to it. I'll be back to my disorganized self probably as soon as tomorrow. :)

My WIP is a lawyer story that I've been writing for a while but have now gone back to. My goal is to have it done and submitted by the end of the month. 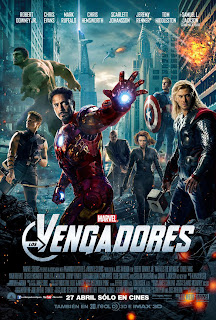 Today's WIP Wednesday will also include non-spoiler squeeing about the freaking Avengers. I saw it Saturday, and yeah, again on Monday because it's just that awesome. There isn't one character that irritated me (psst, not even the girl Black Widow - lol - those who know me will say that is completely impossible). 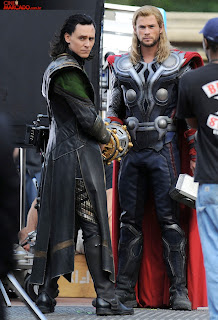 So... my fave character of course was my Mighty God of Thunder, the fabulous, hunky-dunky Asgardian hottie, Thor. Lol. Okay that was a bit much but all the truth. He was his beautifully-coiffed, muscled-up adorable self with a little rage and some cute lines added in.

Second fave was Thor's brother-from-another mother (and father) Loki and I admit I just love that name too. I'm so gonna use it in some fic in the future. I won't tell you the plot or why Loki was there but as far as I'm concerned, (yeah, I'm biased) any scene Loki (the fabulous Tom Hiddleston) was in, he complete stole. 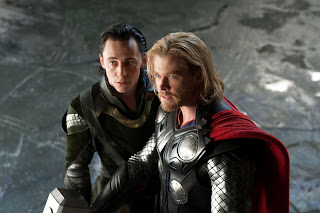 And the ones with both my boys -- let's just say I really need to write some Thoroki fanfiction SOON (and it's not like I haven't written brothers before - real or fiction). I do tend to get addicted to certain pairings in movies - Alexander the Great and Hephaistion are a perfect example - but I'm not sure where I'd post such a thing since I'm not in any Avengers fandom or anything like that. It shall be written eventually but I'm just not sure when or where. 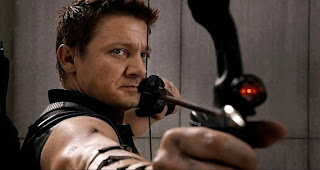 The rest of the Avengers were cool, too, all using their powers or skills in the best way possible. I must say I was fascinated by Hawkeye (Jeremy Renner) and since I admit I was never a comic book fan before, I had no idea who he was until my God of Torture (physio guy) explained it to me. He's a fabulous character and hunky Jeremy Renner is always great in whatever role he plays. Ironman was as awesome as always (the funny and adorable Robert Downey Jr.), the Hulk (Mark Ruffalo) scary but shy at the same time, and Captain America (Chris Evans) staunch and nicely-suited. 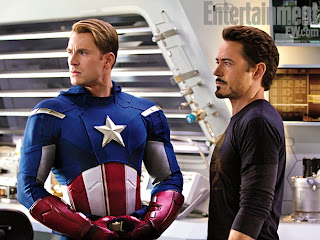 My bff is all about the captain and she may kill me when I say that he didn't really do it for me except when he was punching that bag (but then again, I never saw the Captain America movie and my God of Torture had to explain him to me, too). I think he's just a little too clean-cut for me. I'm all about the scruffy and messy. Lol.

* * * * *
WIP - Original title: Opposing Counsel (will be changed if I can think of something)

Josh adjusted the short white towel around his waist, chuckling as he heard his lover grumble from the other room. He leaned back against the counter, waited as Riley shuffled down the hallway, rounded the corner and tossed his wallet at Josh with a glowering look.

“Why is it you never have any cash?” Riley sneered, threw himself down on the soft, leather sofa, iPad clutched tightly to his chest.

"Strategy." Josh grinned at the love of his life, admired the way his glasses sat sexily on his cute button nose. He took two steps toward Riley, one hand sliding down to palm himself through the towel. The knock on the door was the only thing that stopped him from his lusty contemplation of just how long it had been since he’d fucked his lover with those sexy-as-fuck glasses on.

“Door,” Riley reminded, cocking his head to the side, eyes traveling up and down Josh’s body. “You could have put some clothes on first.”

“You could have stayed naked,” Josh said. He tightened the towel again then purposefully eyed Riley’s worn, low hanging sweatpants and ratty old Metallic t-shirt that was actually Josh's. It turned him on when Riley wore his clothes. He smirked behind his shoulder once more at Riley before opening the door to the lovely wafting smell of melted cheese and pepperoni. “Hey, dude. How much we owe ya?”

The pizza delivery guy met Josh with an obvious nervous bob of his Adam’s apple. His lips moved for a moment but no sound came out. “Um… twenty… twenty-two eighty… sir.”

Josh heard Riley groan as he pretended to gag behind him. “Here’s thirty, kid. Keep the change.” He winked at the guy, handed him the money and grabbed the pizza box from his shaking hands. He snuck a peek at Riley while the kid’s eyes looked him up and down and his thin Adam's apple worked overtime. With a low chuckle, Josh let one hand slide slowly down his taut, bare belly. “Something else you need, kid?”

The teenager’s eyes widened and he stepped away, stumbling backwards in his haste. Josh laughed and shut the door, turning to the disapproving look behind him. “What? I didn’t do anything.” He wiggled his eyebrows at Riley.

"No, you just traumatized the poor child and made him go back to work with a chubby. I guess I'm a big tipper, huh?" Riley asked.

“I’ve always been satisfied with the size of your tip." Josh snorted while Riley rolled his eyes. "Hungry, babe?”