Hop Against Homophobia - In memory of William Neale 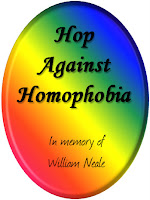 In the memory of the passing of a good friend and highly-respected member of the m/m romance community, this post is in memory of William Neale. I've talked about Bill before in various ways and his passing is still fresh and teary in my mind.

Bill's books are emotional and thought-provoking, and the perfect example of how a man can write with his heart and not just his brain. I only say that because controversy still exists in the m/m community over whether the difference between male and female authors can be clearly defined by what and how they write.

As far as I'm concerned, Bill and others like him, JP Bowie, Ethan Day, Andrew Grey and others, shoot that theory all to hell. JP has even told me that many suspected he was female because of the romanticism of his stories. I'm not trying to start any more controversy, but on a day designed to throw some light on the issue of homophobia, hate and fear, I believe I can state my opinion without cause for attack. One person's opinion may be another person's need to judge, hate or even fear, but for today I choose to believe we can all get along and come together for a good cause. 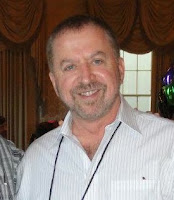 Bill passed away in March just after finishing the last in his Home series and he was proud of hell of what he'd accomplished. The final book is called Hope and that's exactly what William Neale's writing is to me ~~ hope that one day the issue of homophobia and the hate, fear and bullying that comes with it, will not be an issue at all.

Comment on this post to win ebook copies of the entire Home series. I'd love it if you'd also comment on how Bill's books affected you if you've read any. Basically this is a William Neal lovefest post. Enjoy and good luck.


~~William Neale lived in Cleveland, Ohio with his partner of over a decade, Marty. He passed away unexpectedly in March 2012.
~~Relatively new to the world of contemporary m/m romance, he spent over thirty years as a successful corporate communications executive, ad man, and PR "spin doctor." 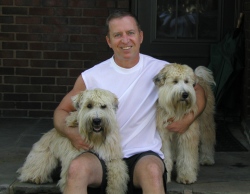 ~~Knowing how to "make up the truth" prepared him well for his next career as an author. William made no apologies for the fact that his books and characters are often larger than life. A William Neale novel invites you to a fantasy - to a place where you can dream and hope that indeed, happily-ever-after can and does exist.
~~Those who seek brutally "real," gritty, and angst-ridden life stories probably won't find them in a William Neale book. "That's okay," said Neale. "Not everybody wants or appreciates a feel-good story. As for me, reading has always been a wonderful escape from reality. Even as a child, I loved the fantasy of becoming Peter Pan, Huck Finn, or one of the Hardy Boys."
~~William greatly appreciated every email, comment, suggestion and most of all the support of his readers and fellow authors. He treasured the interaction that he had with all. 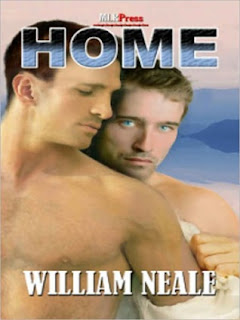 Lucas Reed is a Cleveland advertising executive who returns to his southern hometown to deal with the sudden death of his estranged homophobic father. There, he unexpectedly encounters Rogan James, the former high school bully and now local deputy chief of police who had once made Lucas's life miserable.

But all this becomes secondary when a local reporter's secret obsession for Rogan threatens not only the end of their newly found love, but their very lives

SON OF A DITCH 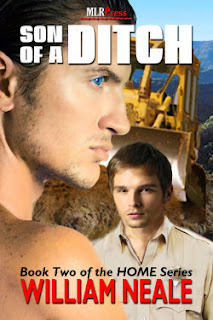 Colby Dawson returns to his southern hometown after serving his country in the U.S. Air Force. Emotionally scarred by a broken relationship, the last thing he wants is another man in his life. But he doesn't count on falling in love with childhood best friend, Kyle McCoy, now a local deputy sheriff. Their relationship seems almost too charmed until a corrupt governor attempts to locate a state prison next door to Colby's family home. His prominent father and brothers organize an illegal protest effort that will force Colby to choose between loyalty to his family -- or to the partner and lover who may have to arrest them. Not only is Colby and Kyle's relationship in jeopardy, one of them will fight for his very life while the other must confront his guilt

SOMEWHERE ONLY WE KNOW 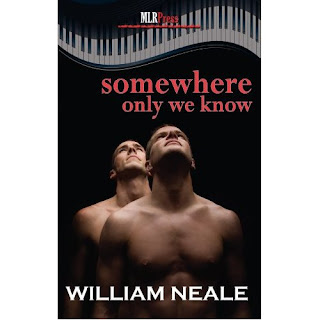 Grayson Wagner is a classical pianist who was unemployed, hungry, and on the brink of being homeless until he’s hired by a big-hearted former country music star as her new piano player. Gray loves his job but his new life is threatened when a near fatal accident delivers him into the brawny arms of Jacob Kent, a reclusive park ranger. Their physical attraction quickly turns into much more. But can their love survive Jacob’s secret? Or, a shocking revelation that threatens to tear down the very house that love built? 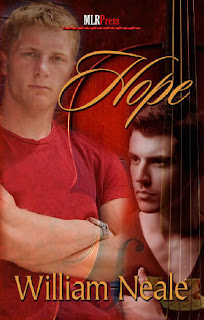 Dumped by his closeted lover only to fall for a man who’s already taken, Spencer Hawkins finishes up his fellowship to discover he doesn't have a job. For anyone on the outside looking in, it seemed Spencer was failing miserably at life in general, until one phone call changes everything. The prospect of pulling up stakes and relocating to a new city provides the one thing he needs most—Hope.

Hunter Harrison's partner has left, abandoning not only him but their adopted son whose heart defect has left them in limbo awaiting a heart transplant that may not come in time. It took meeting Spencer for Hunter and his son to find something new to hold onto—Hope.

Building a love that can last a lifetime will take strength and the one thing they found in each other—Hope.

* * * * *
Instructions:
1. Leave your name and email address - the winner will be contacted by email
and there will be a post here, as well
2. Any personal thoughts about William Neale and his books are greatly appreciated,
but any negative feedback will automatically void your comment completely
3. If you haven't been to my own personal blog post - hop on over there
http://chaosinthemoonlight.blogspot.ca/2012/05/hop-against-homophobia-blog-post.html
4. Keep on hopping - there's lots to discover
HOP AGAINST HOMOPHOBIA LINKY PAGE
5. Join the cause to make homophobia, hate and fear a thing of the past