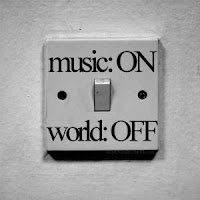 I usually post new music here - try to expand your minds with bands you may not have heard but today has to go to one of my top 5 bands of all time. Seether. Plus my sis and I are seeing them for the 7th or 8th time on Wednesday and I'm stoked. 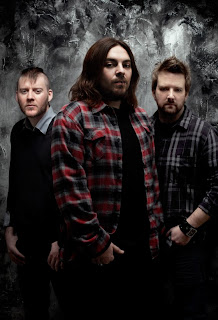 Seether's music has been described as post-grunge/alternative metal but I think that depends on who you talk to and who's listening. I love their harder stuff, Shaun is nothing but awesome when he lets out his killer screams but I also love the slower songs. Their lyrics run from angry to emotional to hopeful, and that's always the most important part of any band for me. I absolutely adore their acoustic songs too. (they did a cover of Careless Whisper that I was afraid to watch - being a *coughs* Wham fan in the 80's - BUT it was made of awesome)

They don't have the reputation as the most exciting or entertaining band on stage, at least not if you're looking for endless banter and special effects. It's just them on stage, and the music says it all. I've seen them in big venues, small venues and intimate acoustic sessions - at a record store in the mall, front and centre. Even stalked Shaun a little in the store and he was gracious and asked me what CDs i thought he should buy. 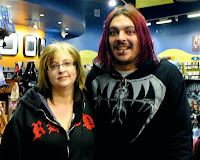 He looks like your typical bad boy lead singer (my daughter used to say he looked homeless lol) but he's totally squee-worthy to my sis and I. He was kind and funny and very friendly when we met him - all the guys were. And I've met other bands before so I know that is not always the case. He's had his issues but Dale and John stand by him and he's one of my favorite men of rock (bet you couldn't tell without me saying it) and they are definitely in the top for me. I could just go on and on but I won't. So here's some Seether for your Monday. :) (just ignore me in the pic)

Holding onto String Better Left to Fray (2010)
(Seether at their whackiest :D)


And what the hell, I'm gonna share some pics from the acoustic show at the mall. 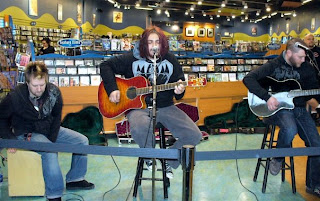 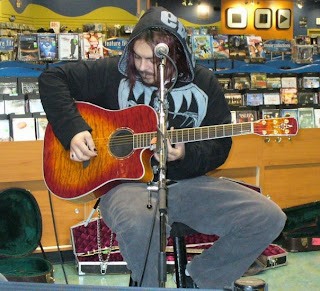 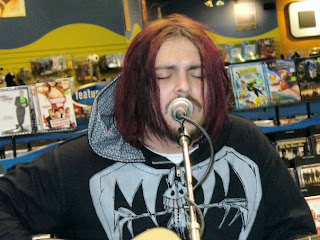 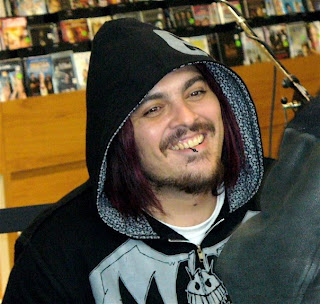 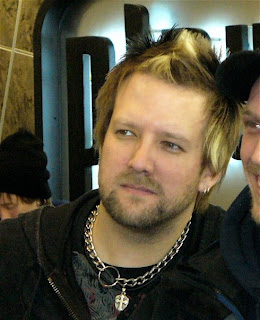 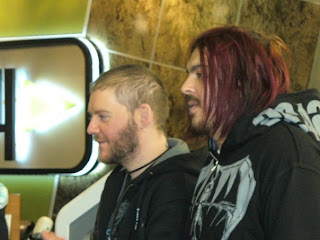 one last pic - again ignore me in the pic, and kind of ignore Shaun's goofiness too. :) 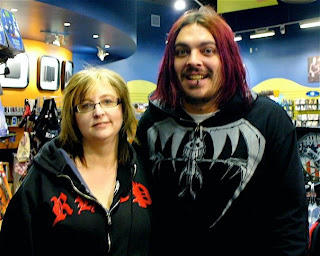