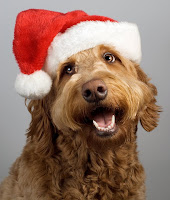 My guest today was one of the first m/m romance authors I ever read and she's written one of my favorite rockstar books.  Please welcome the fabulous Ally Blue to my blog. Thanks for being here, Ally. (*tries not to squee*)

1. How about we start with some basic information – tell me a little bit about yourself? Where did you grow up? What kind of student were you? What were your favorite activities? Anything you want to share is fine.

Hi K-Lee! It’s a pleasure to be here, thanks for having me :)

I grew up in the Heart of Dixie--Mobile, Alabama. Being a lifelong nerd, I was an excellent student. This will be hard for you to believe, since you’ve seen my feeble attempts at crutch-dancing, LOL, but I was a devoted dance student from early childhood all the way through my senior year in high school. Tap, jazz, ballet, even three years suffering through three hour pointe classes three days a week after school. Yeah, a ballerina I am not, but I loved dancing anyway. Other than that, my favorite activities were listening to music and reading.

Shocker, I know. I’ll wait for everyone to pick themselves up off the floor. Heh. I still have my Nancy Drew collection and my mom’s collection of classics she had in college. I’m not a pack rat except when it comes to books. I never EVER get rid of a book. Which is one reason my house looks like an old book warehouse...

2. How did you start writing m/m romance? Do you write in any other genre?

Like a lot of authors of gay romance, I started out writing fan fiction. Band slash, in my case. It was not my best work, to put it nicely. LOL. But, I did discover that I had a knack for inventing and telling a story, even if I needed to polish the delivery. And I learned that I loved writing those stories. I tried writing romances starring women a couple of times--short stories, one of which is up on my website as a free read--but I don’t do it very well. I write men better than women, which is weird, maybe, but there you go.

So far I haven’t written anything other than gay romance, although I have done several sub-genres of that. I do have plans to write horror, though. Pure horror, maybe with a romance-type subplot and maybe without, but horror nonetheless. It’s always been my favorite genre, along with science fiction, and I’ve always wanted to write it.

3. Did you have any early influences either in this genre or any other when you were first starting out?

I didn’t really have influences in gay romance when I was first starting out, mostly because I started writing it before I’d really read any of it beyond fanfic. Yeah, I always have to do things bass-ackwards. LOL. My favorite authors in other genres certainly influenced me though, even though I don’t think it necessarily shows in my writing--Clive Barker, Stephen King, H.P. Lovecraft (king of purple prose though he was, ha), Heinlein. I’ll admit to being influenced somewhat by the old romantic suspense novels by Phillis A. Whitney too. I used to eat those up when I was a young teen. The Trembling Hills was my favorite :D 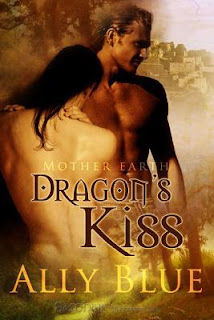 4. What is your favorite sub-genre to write and to read? For example – I can never pass up a story with a rockstar in it or more often than not, cowboys. J

LOL, rockstars are awesome! There aren’t too many sub-genres I don’t read, actually, but I have to admit my favorite romance sub-genre is probably sci-fi, particularly futuristic/dystopian. When it’s done well, it’s absolutely fabulous. It’s also my favorite genre to write, along with paranormal. I just finished writing Hell’s End, which is book one in the Hellscape futuristic sci-fi series, and OMG it’s probably the most fun I’ve had writing anything EVER. I’m hooked.

5. Do you have any writing or reading quirks or squicks? Anything that you just can't read or don't think you'll ever write. Anything you have to do before you start or as you write – certain music, computer facing west, etc.

Rape scenes--including rape fantasy and play, and so-called “forced seduction” which to me is rape in a pretty pink bow--are kind of triggering and panic-making for me. I avoid them if I can.

Pre-writing rituals? I have none. Sigh. Maybe I ought to get some, I might be more productive. LOL.

Oh man, I’m a TOTAL plotter. I can’t get anything written without a basic plot in mind--some idea of where the story is going and at least a sketch of a roadmap to get me there. The details of the map become filled in as I go along, and the exact path inevitably changes along the way, but I have to have the map to keep me from getting lost. I’ll write myself into a corner if I try going by the seat of my pants. 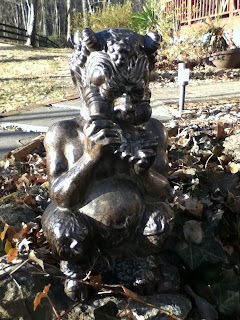 7. Tell me about your muse – if you have one of course. J

Ha, I’m not sure I do. At least I haven’t visualized one. Maybe I’ll adopt the Pan statue my husband found by the river near our house and decided would look really awesome beside our front walk. The damn thing is creepy as hell, but inspiring.
8. I won't assume you celebrate Christmas but if you do, what are your favorite parts of the holidays?

I love Christmas! I’m an atheist so I celebrate in a totally secular way, but it’s still my favorite holiday :) My favorite part of all is Christmas Eve, when the whole family gets together for dinner and presents. I love hanging out with everyone and having cranberry sauce and cornbread dressing and turkey and pie. LOL. Yay, pie! I also love holiday baking with my kids. They’re 19 and 22 now, but we still make sausage balls and my family’s traditional Holiday Nut Cake together every year. We play Christmas music while we bake and we all wear holiday aprons, even the boy-child who is 6’2” now and has a beard, and it’s SO much fun :)
9. What's the hardest part about writing for you? The benefits?

Hmmm. Let’s see. The hardest part is probably finding new ways to constantly write a better book, and to not repeat myself. The benefits? I love it when other people love my characters and my stories as much as I do. That’s the best feeling in the world :) I like the money too, though I’m not exactly getting rich. It’s still satisfying to be able to make money at all on doing what you love. Too many people never get that chance.
10. Now just a few multiple choice questions: (you can answer them any way you like) 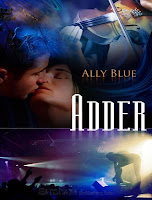 Rock, country or classical?
Oh man that’s hard. I like some of everything.

Giraffe or monkey?
That’s not hard. Giraffe. Monkeys are nasty.

Who would win in a fight – vampires or werewolves?
Jacob’s nipples! No, wait... (K-lee rolls on floor laughing)

Series or one-shot?
Series. Well, both, but I do love a good series :)

Beach or mountains?
Beach. I live in the mountains and it’s awesome, but I loooove the beach.

Eyes or smile?
Smile. A person’s smile can tell you so much about them. 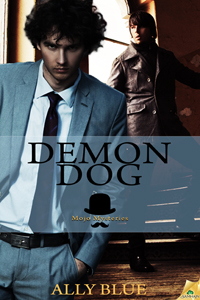 11. Finally, tell us about your next release or what you're working on now.

Gladly :D My latest release is Demon Dog, book one in the new Mojo Mysteries series from Samhain, which came out December 4th. It stars Greg and Adrian from Love, Like Ghosts, but you don’t have to read that one to read this one. It stands on its own. Also, like I mentioned before, I just finished Hellscape series book 1, Hell’s End, which is scheduled for release from Samhain in May. I’m excited about that :)

Right now I’m working on two books--book 2 in the Mojo Mysteries series (title to be determined) and a novella for Riptide (title also to be determined). I wish I could tell you more about them, but I’ve literally just started on both of them within the last couple of weeks, so I don’t have a lot to tell yet.

Thanks for stopping by, Miss Ally.

Thank you for having me! 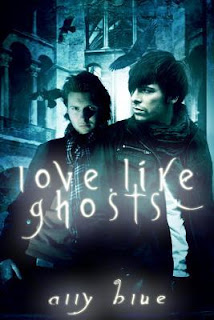 Ally Blue is acknowledged by the world at large (or at least by her heroes, who tend to suffer a lot) as the Popess of Gay Angst. She has a great big suggestively-shaped hat and rides in a bullet-proof Plexiglas bubble in Christmas parades. Her harem of manwhores does double duty as bodyguards and inspirational entertainment. Her favorite band is Radiohead, her favorite color is lime green and her favorite way to waste a perfectly good Saturday is to watch all three extended version LOTR movies in a row. Her ultimate dream is to one day ditch the evil day job and support the family on manlove alone. She is not a hippie or a brain surgeon, no matter what her kids’ friends say.

You can find Ally and her books on her website - Ally Blue - on Twitter and Facebook.  Ally has also offered up an ebook copy of Love, Like Ghosts or something from her backlist to one lucky commenters. Leave your name and email address and the winner will be chosen and posted on December 28. Good luck~