This is a repost of my interview with William Neale last year.
We lost Bill this year but he's still very much in my heart
and I definitely missed him and his sweet presence at GRL.
I wanted to pay a little tribute to how awesome he was
so if you didn't read it last year, take a look.
I hope you enjoy William's words and if you haven't already done so
take some time to read one of his books, you won't be disappointed.
(there's no give-away, I've just posted it AS IS)
♡ K-lee

I’m very pleased to have William Neale on my blog today. I met William at GayRomLit and he instantly made me feel at ease with his soft, calm voice and warm, sparkling eyes. William had a holiday story, “Christmasing With You,” released at MLR Press on November 20 and it’s a story you have to read with a box of tissues nearby.

Welcome, William. I have to tell you that meeting and speaking with you was a definite high point for me in New Orleans. Thank you for making me feel so included. J

First, thank you for having me here today. It’s an honor. And meeting you and that beautiful smile of yours at GayRomLit was an equal pleasure.

To your question, I’ve been a writer pretty much all my life—just not as a romance author. I spent almost thirty years in corporate life as a marketing and communications executive and always had the dream of one day finding time to write the stories that kept knocking on the door of my imagination. Finally, I reached a point in my career that allowed me to pursue some dreams, writing being at the top of the list. 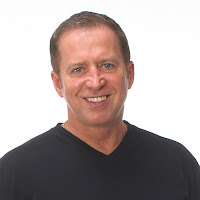 Depends on what you call early. I had a library card before I entered elementary school and growing up, always loved stories with strong plots and characters who weren’t afraid to express emotion. When I decided to try my hand at writing romance, I first did quite a bit of research. Before I wrote a single word, I probably read over one hundred m/m romance books by many of the top authors in the genre. I made notes along the way about the elements that made each strong, so I guess you could say that I had many influences. I even made correlations between the best stories and their publishers and found a lot of consistency: only a handful of publishers were putting out what I considered the strongest books. That’s why I eventually sent my first novel to MLR Press and—thank them and the literary gods—they accepted it.

Finding time. I still have a day job as a consultant/advisor in the marketing field. Then there’s my partner who likes to see me occasionally. And two dogs who consider me Mr. Mom. And a big old historic house that always needs something fixed. So I’m usually found at my writing desk very early in the mornings and late at night. Sleep? It’s over-rated.

I think you and other authors might agree that your first published book is pretty much akin to your first love. My first, a book called “HOME,” will always be my favorite. And even though I now wince at some of its first-time-author flaws, it still continues to sell very well.

5.     Tell us a little about your Christmas book. It’s a very emotional story; did you sniffle a little when you wrote it? 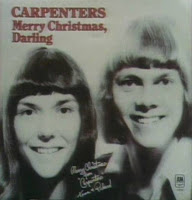 I had more than a few sniffles. First, a little background. Back in the 1970’s The Carpenters came out with a song called “Merry Christmas, Darling.” It is now a holiday standard. But from the get-go it brought tears to my eyes. I never knew the real story behind this song so I used it as inspiration to make up my own. Briefly, it’s about a man who lost his long-time partner to a brutal crime and is now facing his first Christmas alone. Don’t worry – you’ll be smiling (and maybe crying) for him by the story’s end. I think I enjoyed writing this more than anything else I’ve published, tissues notwithstanding. It just appeals to that sappy sentimental side of me that finds no shame in crying and smiling at the same time.

Well, I prefer writing when my dogs are not howling and my partner is not shouting from one floor below, “Hon, can you come here for a minute?” But beyond that I am pretty flexible and easy-going. (Don’t ask about my many other flaws!) I even do some of my best writing on airplanes during business travel and have had more than a few amused moments when I realize the person sitting next to me is reading every word I write.

I like to think I’m a pretty non-judgmental and open-minded guy but I tend to stay away from reading or writing stuff I wouldn’t do or fantasize about in my personal life.  Or, that which pushes legal boundaries or extreme social taboos. That’s not to say that I’ll never write—for example—a story involving leather, whips, and chains. But I’d probably first need to visit the local leather bars to interview some of the patrons.  (Purely for research purposes, of course.) But boy, that would require some major “splaining” to my partner.

8.     Being one of only a handful of men in a sea of female m/m writers, do you think your thoughts and experiences make your books more realistic to the genre or is fiction just fiction? Also, do you put a lot of yourself into your books?

I occasionally receive e-mails from gay men readers who tell me they want and appreciate a male perspective. But I honestly think that’s pretty much a hunk of baloney. Give me two good m/m books written by one male and one female and I’ll likely not be able to tell you which one was written by the woman. Occasionally, I’ll come across a sex scene where it’s clear the writer has never had that particular experience. But, I’ve seen that in books authored by either gender. I’ll conclude with just saying that most of my favorite m/m romance books were written by women.
And do I put a lot of myself in my books? Of course. But as I have patiently tried to make my friends understand, none of my characters are me. They simply reflect the places, people, and experiences I’ve known over the course of a lifetime. It’s cliché to say “write what you know,” but as most writers will agree, it’s nonetheless true. 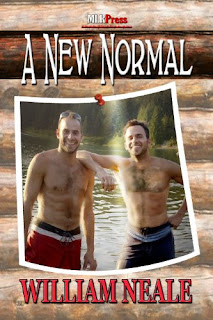 MLR Press will release my next book, “Always Faithful,” later this month.  While it’s a sequel to “A New Normal,” the story stands alone without need to read the first book. (But there’s no penalty for buying both!) Here’s a brief blurb:

When Cade and Mark said their vows it was for always and forever. But that was before Mark entered the Marine Corps and before Cade enrolled in college. Four years later, with Mark’s impending discharge and Cade’s graduation, they’re seemingly ready to finally have a long-awaited life together. Their hot and passionate attraction to each other remains as strong as ever. But their long separation has changed both men. And even the strongest of marriages can be threatened by temptation, suspicion, and broken promises. Can their love survive? Or, will they discover that “always” does not always mean faithful?

One of my other big projects is serving as one of the organizers of the GayRomLit Retreat.  It’s the only major event planned entirely for bringing together authors and readers of m/m romance fiction.  We are working hard on the program and agenda for next year’s Retreat in Albuquerque at the Hard Rock Hotel and Casino, October 18-21. Registration opens in either late January or early February at GayRomLit.com. But, you can get a sneak peak by visiting the site now. We’re expecting around 300-400 authors and readers this year so I’d suggest registering early to make sure you’ll get in before registration is closed.

a.     Coffee or tea - Coffee
b.     Dog or cat - Dog
c.      Beach or mountains - Beach
d.     Pecs or abs - Pecs
e.     Smile or eyes - Eyes
f.      Cowboys or rockstars - Cowboys
g.     Who would win in a fight – vampires or werewolves? And why. –
Both. Since vampires tend to be loners or couples and werewolves tend to be pack animals, usually a single vampire will lose to the wolves. But if Vlad calls up some blood-sucking friends, then it’ll be an epic battle probably won by the immortals.  My favorite vampires and shapeshifters, however, are lovers, not fighters.

William has generously offered up a copy of his holiday story, “Christmasing With You,” to one lucky commenter. BE SURE TO INCLUDE YOUR NAME AND EMAIL ADDRESS IN YOUR COMMENT. J

If you don’t win, you can pick it up at MLR Press Christmasing with you

Be sure to check out William’s website for information on how to buy his other books, too. William Neale