My guest today is a friend who I finally got to meet in both Long Beach and Albuquerque this year & we shared a fabulous tattoo experience together – sort of. Please welcome Sasha L. Miller to my blog. Thanks for being here, Sasha. J

It's doing well! I'm not babying it so much, but it's still the most moisturized my leg has been ever. ;3 For the curious, it's a lovely cherry blossom branch on my lower leg, same place as K-lee's angel (possibly the same leg, too, but my lefts and rights have never been all that great).

2. Now that that's out of the way, how about we start with some basic information – tell me a little bit about yourself? Where did you grow up? What kind of student were you? What were your favorite activities? Anything you want to share is fine. J 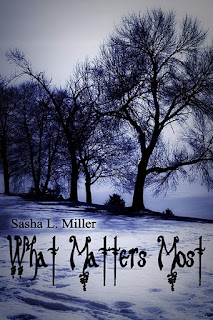 I grew up in the boonies of Northern New York, stayed there through college, after which I hit up Vermont, then Ohio, and now North Carolina—making up for all the stationary years in my youth, I guess! I was a great student in high school, but uh, when I hit college that kind of faded in the face of spending all my free time writing terrible, horrible fanfiction and original slash (my motto at that point was, "Stuck? Throw in a new character!" I got better. ;3)

Um, favorite activities have always been reading and writing, though I've turned into something of an avid chef/baker the last few years. I was spoiled by an awesome kitchen my first year in Ohio, and nothing's broken the "cook all the fancy thing" habit since then (fancy stuff interspersed by boxed mac 'n cheese and hot dogs and crap, of course).

3. How did you start writing m/m romance? Do you write in any other genre?

Fanfiction, mostly. I got into original fiction when I read one too many terrible slash fics on fictionpress.com and decided I could do better (hahaha, no). I also write F/F, though I haven't done much of that, and I tend to stick to fantasy, genre-wise, but I branch out into sci-fi and contemporary on occasion, if the mood strikes.

4. Did you have any early influences either in this genre or any other when you were first starting out?

Definitely Megan Derr, NGL. I don't know how I turned from fangirl into roommate/pseudo-wife, but uh, oops? ;3 Other than that, I had a lot of inspiration and influence from my favorite fictionpress authors, but no published peeps at that point (I didn't even know you could buy M/M until after LT3 started, yes I am that sad ;3). 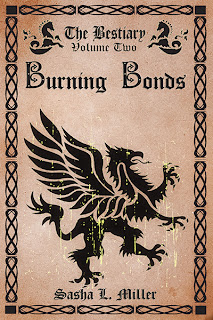 5. What is your favorite sub-genre to write and to read? For example – I can never pass up a story with a rockstar in it or more often than not, cowboys. J

6. Do you have any writing or reading quirks or squicks? Anything that you just can't read or don't think you'll ever write. Anything you have to do before you start or as you write – certain music, computer facing west, etc.

Um, stuff I won't write or read is pretty much non-con and dub-con. Any whiff of it makes me go running in the opposite direction. DNW hardcore. Also not a fan of mpreg, but I'll read it if I trust the author.

I usually have to be listening to music when I'm writing, but otherwise I'm flexible. ^__^ My favorite place to write is out of the house, like a bookstore or coffee shop, some place I can get a stupid froofy drink, plug in my headphones, and people-watch in between making my characters suffer. :3

Half and half. I like to plot a few scenes ahead, but I never know the whole story when I start.

8. Tell me about your muse – if you have one of course. J

Fickle and faceless, that's my muse. 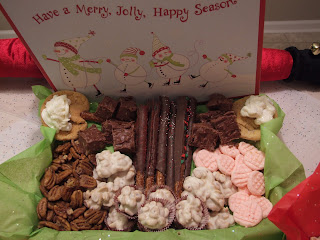 9. I won't assume you celebrate Christmas but if you do, what are your favorite parts of the holidays?

My favorite part is silly – I like seeing peeps reactions to the gifts I get them. ^__^ Also the food. I make lots of candies as presents, it's a lot of fun.

10. What's the hardest part about writing for you? The benefits?

The hardest part is definitely writing when I don't feel like it, when I'm tired or cranky. Also picking names. IDK why, but names are the part I like the least.

Benefits, hmm. I love writing. The act of it, the stories, the characters. I love building worlds, playing with magic, crushing peoples' world and then putting them all back together. I also love hearing from people that they loved my stories, that they smiled because of something in a book. It's one of the best feelings in the world, to know that someone read something I wrote and that it made them feel something. …stopping now, b/c I'm getting overly sappy. ;3

11. Now just a few multiple choice questions: (you can take them any way you like)

Giraffe. I relate to the tallness.

Both and all. Regular coffee, flavored coffee, black tea, white tea, green tea, flavored of all of the tea… I'm a drinks whore, no lie. 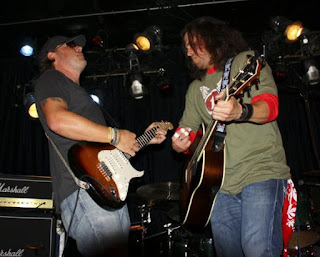 ::laugh:: Rock and country, though I tend to prefer the former. They overlap more than most people realize, though, and I like me some rap and pop too. I'm pretty flexible, though lyrics are a must! (Just not stupid lyrics /o\)

One-shots, ftw, unless the series focuses on a bunch of different characters in the series instead of one. Then they're cool, too.

Who would win in a fight – vampires or werewolves?

I'd say "I live in North Carolina, what do you think" but uh, I think there are mountains somewhere in the state, too. So uh, beach.

Cowboys or rockstars? (yeah, I have to ask)

Rockstars! Rocking Hard at LT3 was totally my brainchild. ;3 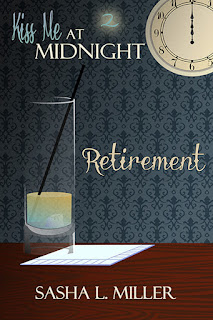 12. Finally, tell us about your next release or what you're working on now.

Next release is a very short short called Retirement, it's part of LT3's Kiss Me at Midnight collection. It's about a thief trying to finish one last job so he can run off to an honest life, but of course it all goes to hell and his fresh start ends up being a flash from the past instead. ^__^

Working on currently a serial story, Battle of Will, in which I make epic use of the old fanfic trope of sticking two characters together physically (they're cursed to not be able to leave each other's sides). Oh, and uh, one is a crown prince and the other is a bodyguard, one each from two countries that are at war.

Also working on a short story for the Sandy Relief Auction, which is going to be cool. It's a friends-to-lovers story that is and will hopefully continue to be super sweet (pantsing!).

Sasha L. Miller spends most of her time writing, reading, or playing with all things website design. She loves telling stories, especially romance, because there’s nothing better than giving people their happily ever afters. When not writing, she spends time cooking, harassing her roommates, and playing with her cats. You can check out Sasha's books at and get in touch at ~~

Sasha has offered an awesome give-away to one lucky winner – any ebook from her backlist. Please comment and don't forget to put your email address so we can contact you. Contest will be open from December 9-11 and winner will be announced on this post on December 12. Good luck!