The guest on my blog today gives the best hugs and is A-1 in the support department. She's wacky, she's fun and she writes fabulous books. Welcome Cherie Noel. Welcome Cherie and thank you for being here.

1. How about we start with some basic information – tell me a little bit about yourself?

LOL. Brave soul. You actually want to hear about my insanity.
Where did you grow up? I really did grow up all over the country… mostly in Upper Michigan after third grade though… in the UP… which makes me what? Not everyone knows about Yoopers. LOL. http://www.youtube.com/watch?v=X-ZvAVcBIrQ

What kind of student were you? I was a geek who aced the exams and forgot to turn my homework in because I was busy researching something the teacher hadn’t assigned yet. :p

What was your favorite activity when you were growing up? Anything you want to share is fine.  *shaking head* You poor innocent soul. I can’t tell you. I really had so many. For a couple of years we had horses, and I loved anything to do with them. 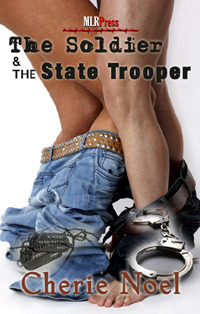 2. How did you start writing m/m romance?

I got lured in by ZA Maxfield. And Jambrea Jo Jones. Heh. They are both consummate lurers.

3. Do you write in any other genres?

4. Did you have any early influences either in this genre or any other when you were first starting out?

5. What is your favorite sub-genre to write and to read?

I’m terribly partial to shifter stories. And I love-love-love the big bad alpha and sweet little twink stories. But fav sub-genre? Um… I think I gotta say no. Geez, just surprised myself. I love certain authors, and I love good writing, but I really don’t have a genre/sub-genre I can’t pass up. Huh. Who’d have thunk that.

6. Do you have any writing or reading quirks or squicks?

I do have one quirk… I need to be in my Writing Cave. LOL. It’s actually a place in my head rather than a physical place, but it helps to have certain things near. My GIJoe. My beloved coffee mug. I dunno if there’s anything I won’t write… I haven’t gotten to anything that I felt that strongly against yet.  I do like music when I write, or silence… just no crap music. By crap I mean poorly done, not the type of music.

All of them? None of them. It depends, as each story tends to happen differently.

Usually I’m a pantser who then plots and rewrites. But sometimes (when I’m writing really well) I just get the hell out of the way and let the story tell itself. 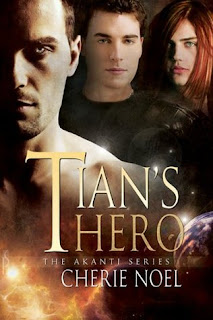 9. Tell me about your muse – if you have one of course.

My muse is everywhere. He shows me pretty boys and raindrops, kicks me in the head when I’m not writing enough, hints at where we’re going next when I’m in the middle of important scenes for other books… in general he’s a huge pain in the arse, and I love him dearly. He got sick once. No, really. I made him chicken soup. You know, imaginary chicken soup, and he came back to work anyway, but he insisted I put someone in the story that I had said no to including before. I’m such a sap I caved. *shakes head again*

10. Have you ever based any of your characters on real people?

All of them are bits and pieces of people I know. You should look for yourself. You are too original not to end up in one of my books.

11. Finally just a few multiple choice questions: (you can take them any way you like)
Rock, country or classical? Yes. (K-lee gives Cherie her mom look)

Giraffe or monkey? True. (Another mom look with a little Eliot Spencer added in)

Tea or coffee? See? People keep saying you have to choose. It’s just not true. (K-lee gives up)

Who would win in a fight – vampires or werewolves? Ooooh I like this one—both. Because their alphas would fall in love and…

Series or one-shot? I seem to only think in series. Or, hey, let’s blame this on my muse. It’s all his fault.

Beach or mountains? Mountain. Too damn many people at the beach. (K-lee nods - true)

Eyes or smile? Eyes, every time.

Cowboys or rockstars? Cowboy rockstars are my fave too!! (K-lee high-fives Cherie but resists posting yet another picture of Christian Kane)

12. Finally, tell us about your next release or what you're working on now. 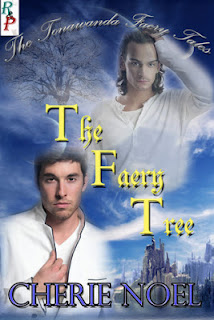 I’m working on a book called Worth a Thousand Words. It’s the second book in my Rescue Twinks series, and it tells us more about Adrien, Devon, and all their silly little friends. You can—ooh. You wanna read an excerpt? Alrighty. Here ya go:

Devon’s skin was on fire. He placed Adrien carefully on the bed. His hands shook as he grasped the tab of his coat’s zipper and pulled it down. Adrien lay on the bed, his sweet little mouth pressed tightly closed, his chest heaving, and tears making twin tracks of silvery wetness from the corners of his eyes. Devon yanked his coat off, dropping it to the floor behind him. Grasping the collar of his standard black tee-shirt, he ripped it off over his head in one rough movement. “Adrien. Baby. Open your eyes.”

Adrien turned to his side, a low sound spilling out of him. He reached out blindly, snagging a pillow and pulling it over his face. Devon growled, his hands already flicking open the buttons of his faded Levi jeans. “Adrien, I don’t mind undressing us both, but if you like what you’re wearing I suggest you take it off yourself. I don’t have a lot of patience right now, and I’m liable to tear something.”

Devon waited for a moment as he toed off his sneakers. They hadn’t spent a lot of time together yet, but he had a pretty good sense of the guy. Unless he was mistaken, what he’d just said was gonna light Adrien up like a roman candle. He smirked, and started counting.

Adrien’s arm flung out, slinging the pillow off his face as he reared up. If he hadn’t been watching for it, the little bugger would have clocked Devon right across the mouth. Devon caught Adrien’s flailing arm, a wicked smile curving his mouth as he followed the line of firm flesh back up past his brand new boyfriend’s beautifully muscled shoulder to the biteable line of his throat.

“Do you want to keep that shirt?” Devon heard the dip in his voice as the thought of ripping all the buttons off Adrien’s shirt to get to his well-defined pectoral muscles. Saliva pooled in his mouth and Devon swallowed hard. Adrien’s suddenly wide-eyed gaze swept over Devon’s chest. When he raised his eyes back up to Devon’s face, his eyes were hot and wet looking. 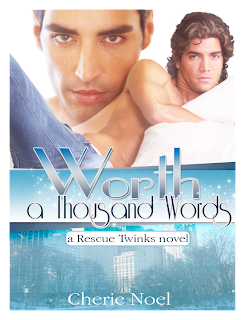 “It’s never been one of my favorites.” The husky timbre of Adrien’s voice sparked the dry tinder of Devon’s lust, setting him utterly aflame. He pushed his jeans and briefs to the floor, stepping on the hem of one leg with the other foot. As he crawled up onto the bed, he used his newly freed leg to push the pants fully off. Crawling up along Adrien’s body, he stopped to place a nipping bite on the thin line of flesh visible between the jean’s waistband and shirt’s hem of Adrien’s clothes.

Adrien made a shocked squeaking noise. Devon’s heartbeat pounded in his ears. Adrien’s bed smelled of the coconut scented shampoo the younger man used, and nothing else. Devon’s dick hardened in a rush. He pushed up above Adrien’s lithe form, drawing his legs up until he kneeled with one leg on either side of Adrien’s slim hips. Sitting back on his heels, Devon gripped the collar of Adrien’s shirt. He fingered it for a moment, noting the sturdy cotton fabric as the backs of his fingers smoothed against the sides of Adrien’s throat. “No. I don’t want to give you a brush burn from your shirt.”

Trembling, Adrien lifted his hands up to rest them on Devon’s thighs just above his knees. “Okay. Just—get it off of me. Please.”

Devon’s breath slammed out of his body. He closed his eyes for a split-second, closing away the vision of Adrien’s molten gaze. Doing so only intensified the sensation of Adrien’s fingers alternately gripping and stroking his legs. Devon slipped the buttons free as quickly as his fingers could move. The last one came free, and he pushed the dull green fabric of Adrien’s shirt aside, sliding his hands around Adrien’s sides. He pushed them up and under, lifting Adrien’s pale olive skin up to his hungry mouth.

Thanks for stopping by, sweetie.

K-lee, thanks for having me. I love hanging out with you! I’ve got a diabolical mastermind kitteh working on a transport device so we can get together more. Bit? Bitticus Rex? Where are you kitteh? Come show our friends what you’ve got—ooh, geez, don’t get so snippy. They aren’t gonna steal the device. What? *huffing out annoyed breath* Fine. We are gonna have words later though, you freak of geniusness.

Lol. Okay, I'll be waiting for that device to make us closer.  You can find the lovely Cherie and her books at the following links"

Cherie has generously offered a give-away for an ebook copy of her new book or something from her backlist to one lucky commenter. Leave your name and email (please) in the comments. Contest will run from December 19-22 and the random winner will be posted here. Good Luck.