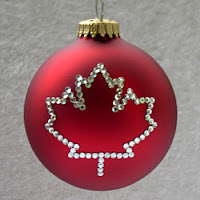 My guest today is the author of Young Adult m/m romances and a fellow Canadian. Please welcome Ross A. McCoubrey to my blog. Thanks for being here, Ross. J

It’s a pleasure and an honor. Thanks for having me J

1. How about we start with some basic information – tell me a little bit about yourself?

I’m 34 years old, single, and I work full time at a grocery store. I published my first novel, One Boy’s Shadow, in May of this year. It’s a young adult mystery/coming-of-age story about four boys in rural Nova Scotia, told from the perspective of one of the boys, Caleb MacKenzie.
Where did you grow up? I grew up very close to where I now live, in a small town in the Annapolis Valley of Nova Scotia.
What kind of student were you? I suppose I was an average student in that I didn’t care about subjects I considered useless to me (sciences, math) or that had a teacher I couldn’t stand (I will leave these names out for obvious reasons) but I always did well in English and the social sciences (political science, law, global geography, history).
What were your favorite activities? Growing up my favourite thing to do was watch movies along with spending time at my grandparents’ cottage (which I purchased and made into my year-round home after getting my full-time job).

2. How did you start writing Young Adult stories?

I wasn’t sure it was going to be a young adult novel when I began. The initial idea came from a vivid dream. Luckily I had some junk mail beside my bed and a pen so I scribbled down the gist of the dream without my glasses on at about 4 in the morning – and it went from there. I left the idea aside for some time and eventually began the story. I had it three quarters finished and left it for over a year before picking back up, finishing it, and reworking the bulk of the first draft.

3. Did you have any early influences either in this genre or any other when you were first starting out?

I didn’t exactly have any influences in the young adult genre but I was very much affected by the work of Ernest Buckler (The Mountain and the Valley) and the writings of George Orwell, Robertson Davies, Mary Renault, Stephen King, and Timothy Findley. I was also fortunate to have some amazing teachers, whom I thank in the book’s acknowledgments, for their encouragement of my writing. My grade 8 English teacher, Don Aker, is himself a young adult author (Stranger at Bay & Of Things Not Seen)

4. What is your favorite sub-genre to write and to read?

I don’t know if there is a sub-genre that I like to write as I have only the one official novel at the moment… but I am a sucker for the anti-hero. I like people that seem real and are flawed. They may be good people over all - they never feel they are doing anything heroic just for doing what’s right or for being themselves. When it comes to reading, again, I like the character study and I also really like books about people living during war times or times of national struggles. Some of my favourite books include: At Swim, Two Boys by Jamie O’Neill, Famous Last Words by Timothy Findley, The Talisman by Stephen King & Peter Straub, The King Must Die by Mary Renault, Nineteen Eighty-Four by George Orwell and, of course, The Mountain and the Valley by Ernest Buckler. 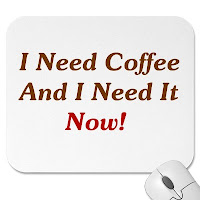 5. Do you have any writing or reading quirks or squicks? Anything that you just can't read or don't think you'll ever write. Anything you have to do before you start or as you write – certain music, computer facing west, etc.

Not sure if I have any quirks or not when it comes to writing… I know I hate when the phone rings or anyone shows up unexpectedly at the door when I am working and I like complete silence. I can’t focus with music on or any noise at all. I drink copious amounts of coffee as I go and often end up grimacing as I swallow some cold coffee, having gotten lost in a paragraph or a thought that has taken me away for much longer than I realized.

I tend to plot out the basics of the book and then surprise myself when it goes a completely different direction during the actual writing process. So a bit of both, really J

7. Tell me about your muse – if you have one of course. 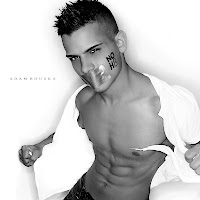 I don’t really have a muse – not in the literary sense at least. There are many people who I draw inspiration and strength from, and then there’s the lovely eye candy that helps me get through the day as well (Brent Everett, also Canadian, has always been my favourite)

8. I won't assume you celebrate Christmas but if you do, what are your favorite parts of the holidays?

I’m not as big on Christmas as I used to be, mostly from working in retail for so long – rather ruins all the holidays. However, I love spending time with family and friends and watching football. Go Dallas Cowboys!!

9. Now just a few multiple choice questions: (you can take them any way you like)

Rock, country or classical?  I’m terrible at one word answers. I like all musical genres but not any one exclusively. Country is my least favourite, although I do like some (Charlie Major, Hunter Hayes, Jaydee Bixby and old school Don Williams etc) I love rock, classic and modern (everything from the Rolling Stones/CCR era to Justin Bieber/One Direction), and classical is always enjoyable as well, especially anything played by Glenn Gould (the Goldberg Variations are a favourite of mine). My favourite performer of all time in any genre is Gordon Lightfoot.

Giraffe or monkey? Umm… giraffe, simply because monkeys rather creep me out

Who would win in a fight – vampires or werewolves?  I am a huge fan of Team Jacob – mainly because Taylor Lautner is so incredibly gorgeous, so I have to take the Werewolves.

Series or one-shot?  Both have their place but I prefer a one-shot most of the time. Always leave me wanting more otherwise the risk of disappointment is too great with the actual results being presented.

Beach or mountains?  I love both but I would choose mountains if I had to decide… with a view of the ocean.

Eyes or smile?  That’s a tough one… it would have to be the Eyes (they need to be deep, yet clear – if that makes sense. And the guys with the husky-like eyes, that icy bluish grey…oooohhhh) as there is so much one can tell from them, but a cute smile (especially on pouty lips) is irresistible.

Cowboys or rockstars? (yeah, I have to ask)  It would depend on the person. Most likely a cowboy though. Something about a guy in snug jeans, with a hat and a pick-up truck that is just yummy – providing they are nice and decent looking, too ;) 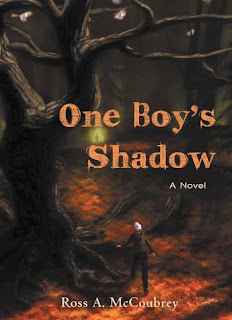 10. Finally, tell us about your next release or what you're working on now.

Currently I am continuing to work on the promotional side of One Boy’s Shadow. Beyond that, I am attempting to find the time to work on my next book, which I have an outline and some draft pages completed for all ready. I would love to say that it will be out next year but, realistically, I’m thinking more like two years away minimum.

Ross A. McCoubrey was born and raised in the Annapolis Valley of Nova Scotia. After finishing college, and beginning his full time job, he bought a home on the Bay of Fundy shore where he continues to reside. When not working he enjoys writing, camping, hiking, target shooting, and working on his truck. One Boy’s Shadow is his first novel.

One Boy’s Shadow is available for purchase at Amazon, Chapters/Indigo, and Barnes & Noble – as well as many other booksellers worldwide, in Hardcover, Trade Paperback, and eReader versions.

Ross is donating his profits from the sales of One Boy’s Shadow to the Youth Project which supports LGBTQ youth.
Website: http://www.youthproject.ns.ca/
Twitter: @YouthProject_NS,
Facebook: http://www.facebook.com/TheYouthProject?ref=ts&fref=ts