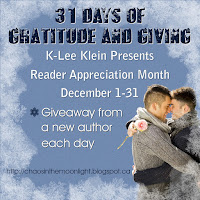 Things I’m grateful for as a writer – I wouldn’t be where I am now without them.

·       The internet . I’m still pretty shy about talking to three dimensional people about writing. The internet makes all of that much easier. It was the first place I could share my writing, because although it brings people together, it’s also a buffer zone between them. It’s easy to melt away from a place on the Internet you don’t feel welcome or supported and never have to deal with those people again. It also makes submitting books and publishing much easier  and faster than when everything was done by snail mail. My first book was published in January 2011, and my latest release in November was my 14th release of a novel or novella length book. Fourteen in five years. And I’m not counting shorts in that total. That simply would not have happened without the internet.

·       Fanfic . Much sneered at, but the apprenticeship of more and more writers these days, especially well represented in M/M and again, strongly facilitated by the internet. It lets writers share their work with people who want to read it, and get feedback to help them improve – which can be difficult to find otherwise. The critique groups and beta readers I worked with as a fanfic writers were important parts of my development as a writer.

·       NaNoWriMo , National Novel Writing Month, the crazy November event where people attempt to write a fifty thousand word novel in a month. NaNoWriMo 2006 was the first year I did it and the first time I wrote 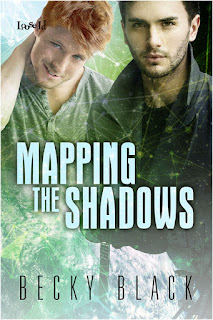 an original novel length story. I’ve done it every year since and five of my published novels began as NaNoWriMo drafts. But it’s by no means just an event for pro writers, or even serious hobbyists. In many ways the people who get the most from it are those who haven’t written any fiction since school, but swear they’ll write a book “one day”.

·       The friend on Live Journal who reviewed some M/M historicals, because that was the first time I learned the genre existed. Gay fiction of course I knew about, but this M/M was something new. So I read some, and then some more. And that was paperbacks, which were bloody expensive to get in the UK. I got a Kindle mainly so I could get more M/M books. After a while I decided, I could have a crack at writing one.

·        All the people over the years who’ve supported me and been beta readers and given critiques, who’ve given me support and advice. The editors who make me look better. The cover artists who make my books look pretty. The publishers who turn a writer’s daydreams into money in the writer’s bank account. And of course the readers who buy the books!

The giveaway I’m offering is of one of the books that started life during NaNoWriMo.

Ash Bowman is lost. Two years ago he and his cop partner, Evelyn, walked in on a murder in progress that left her dead and him maimed. He left the force and became a private investigator, but business is suffering because of his obsession with mapping the Core of the space station Fraxin Yari, where Evelyn’s ghost haunts him as he prowls the dark corridors.

Journalist Gabe Whitfield is on a mission to learn the truth behind that same murder. He doesn’t expect to stay on Frax after he finishes the job. But meeting Ash Bowman changes his plans. He came to the station a man without ties. He isn’t going to leave the same way.

Despite initially mistrusting him, Ash can’t resist his attraction to the fiery Gabe. Gabe responds, though knows he shouldn’t when Ash is one of the subjects of his investigation. But they come to trust each other and join forces to find the answers Ash had almost forgotten he was still seeking. If they are to have any chance of happiness, Gabe must help Ash lay the ghosts calling him back again and again to the deep darkness of the Core.

If you’d like to win, leave a comment to enter the draw and I’ll pick out the winner at random after 18:00 (GMT) on 23rd of December. Make sure to leave your email address and tell me your preferred ebook format so I can send you the book straight away if you win.

Author Bio
Becky lives in the UK and her writing is primarily fuelled by tea and rainy days. After spending far too many years only thinking about writing she finally started putting words down back in 2003 and hasn’t stopped since, still trying to make up for lost time.
Links
Website
Email
Twitter
Facebook
Goodreads