What slash means to me - NC17 rated 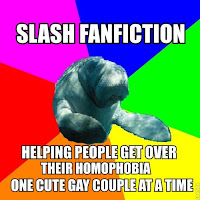 A few of my online buddies are doing posts about slash fanfiction slash so I thought I'd throw my hat in the ring. If you don't know what slash or fanfiction is, here's an easy definition:


Fanfiction is stories written by fans of characters and settings based on original books, television shows or movies. Slash fiction is the genre of fan fiction dealing with same-sex relationships or sexual encounters.


There is a lot of discrepancy on the issue of fanfiction amongst writers and readers in the m/m genre. My opinion is nothing but positive. I'm someone who has always written but it wasn't until I started reading then writing my own fanfiction and more specifically, slash, that I gained the confidence to put my writing out there for others to read and scrutinize. I remember posting that first story was just as unnerving as subbing my first story for publication. 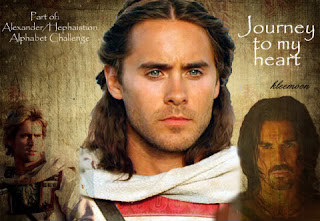 
I wrote more than 25 stories and series in the Alexander/Hephaistion fandom on LiveJournal and they remain my one true pairing. If anyone would like to read them, I'm more than proud of showing them off, even the really bad earlier ones. :) 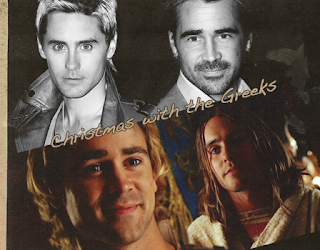 From Hephaistion I gravitated to other Jared Leto slash which is called Real Person Slash and it's not appreciated or accepted by a whole lot of people, even in the fanfiction community. I'm sure just by saying I've written it will piss off some people but hey, I wrote it and enjoyed it. RPS is slash based on real people, generally actors, bands, that sort of thing. I wrote Jared Leto/30 Seconds to Mars slash (a lot of it) and anyone who knows me, can attest to that fact that I was severely addicted to the band for quite some time. I *ahem* saw them 15 times in 2010. Lol. Yeah, I go all the way in my obsessions. I also wrote Jared Leto/Colin Farrell slash and had a very cool series going on that followed them from starring in the movie together to modern day. I even wrote slash that had Alexander, Hephaistion, Jared and Colin, or just Jared and Hephaistion. I'll admit that was a blast to write.


I slashed a few of Jared's other movies as well and the story I'm going to post is based on the movie Lord of War with Jared and Nicholas Cage. Unfortunately, it's a brother scene so there is slashcest - if that makes you uncomfortable even in a fictional way, do not continue. It's also very graphic and more than a little sexy. Scene set-up: Vitaly (Jared) is entering rehab for the umpteenth time and his older brother Yuri (Nicholas Cage) is accompanying him. 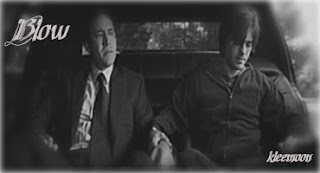 ***
“Please, Yuri. Just one more hit.” Vitaly’s words were shaky, his forehead bathed in sweat as he whined and rocked in the back of the limo. He felt like he was gonna suffocate, and fuck if Yuri just didn’t seem to be getting it. He’d been pleading since they pulled up to the building of doom, and Yuri was just not getting it.

Why was his brother doing this to him? Hadn’t he promised to go into rehab? And he did intend on keeping that promise, he just needed a little ... extra courage. Couldn’t hurt, right? They were gonna make him jump through hoops with all their testing anyhow so what was the fucking difference if he was high? He’d do anything they said, but he just needed a little something to get him to that point.

“No, V. Fresh start, remember?” Yuri carded his fingers through his hair, uncomfortably warm in the air-conditioned limo as he avoided his brother’s unrelenting gaze. “You need this ...”

“I know,” Vitaly said quickly, roughly grabbing Yuri’s arm. “I promise I’ll get better. I’ll do anything you fucking want me to ... anything they want me to ... just a little to calm me down ... please, Yuri ...”

Vitaly didn’t let him finish, digging his fingers into Yuri’s arm then shoving him away. “Fuck! I can’t fucking do this!” He dropped his head to his hands, rubbing his face roughly between them.

“V ...” Yuri let his voice trail off, laying a hand gently on his brother’s head, fingers stroking softly in Vitaly’s hair. “You can do this, bro. I know you can ... just give it some time.”

“Fuck time!” Every instinct in Vitaly’s body told him to jump out of the car, escape while he still had the chance. He just wanted to find somewhere to get high, some place to be alone with all his drug-induced, drug-withdrawing, schizophrenic thoughts that kept running through his head. He wanted to make Yuri happy, make his family happy, but most times he just wanted the drugs more.


Yuri sighed heavily, scrubbing his hand across his face, struggling to find some way to calm his brother down, just some way, any way. Taking a deep breath, he turned his head to Vitaly, running a hand slowly up his thigh. “Would it help if I ...”


Vitaly opened his eyes wide. “Don’t do me any fucking favors!” he snapped, slapping Yuri’s hand away. 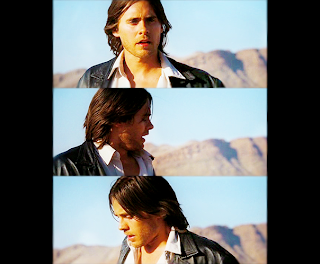 “Couldn’t hurt though, either.”

Vitaly shook his head, chewing frantically on his bottom lip and staring hard at his brother. “You never wanna suck me off.”

“Fine. It’s not like I’ve gotten any lately, anyhow,” Vitaly said, body relaxing back into the limo, legs spread apart, head resting on the back of the leather seat. “Do it then.”

Yuri nodded, turning in his seat, dipping his head as he moved his fingers over Vitaly’s crotch. His hands shook slightly as he undid Vitaly’s belt and jeans, the hardness of his brother’s cock completely apparent through the thin denim. Vitaly sucked in his breath as Yuri palmed his dick, then pushed one hand inside his jeans.

“You don’t fucking do this often enough,” he moaned when the warm fingers wrapped around him.

“Less talking, more sucking,” Vitaly hissed back, wiping a hand over his damp forehead, pushing the hair back from his face. His hips involuntarily rose up off the seat when the heat of Yuri’s mouth reached his cock, his brother’s tongue licking at the sensitive head, then sucking it into his mouth.

Vitaly wanted to watch everything that Yuri was doing, wanted to see the bobbing head in his lap, the hand stroking up and down his length, the tongue snaking out to lick and suck him, but it was too much. Closing his eyes, he arched up, dropping his head to the back of the seat, his whole body screaming at him to fuck his brother’s mouth. But he struggled hard to hold himself back, Yuri wasn’t used to sucking dick, and he didn’t want to hurt him.

He was just getting into it, just feeling the warm flash of heat prickle through his body when suddenly the delicious mouth on his cock was gone. He snapped his eyes open, the popping sound of Yuri’s lips pulling off, resounding in his ears. “What the ...”

“Do it, little brother.” Yuri hummed against the hard flesh. “Stop holding back. Let yourself go.”

With the sweetness of Yuri’s mouth swallowing him down, Vitaly thrust slowly upwards, the sensation of hitting the back of his brother’s throat almost sending him over the edge. Almost. He let his hips fall, again, the head of his cock coming dangerously close to slipping out from between Yuri’s lips, before he pushed back in.

Yuri slid one hand under Vitaly’s ass, squeezing the denim between his fingers and forcing his brother to lift up. Vitaly moaned as he thrust harder this time, relaxing only a second before doing it again, until he was finally fucking Yuri’s mouth. The realization that Yuri was actually sucking him off was almost as hot as the actual experience, and Vitaly felt a slow-burning fire begin to overtake his lower body.

He rocked and rolled his hips, feeling his brother relax his throat more with every thrust. His eyes opened wide as a staggering groan escaped his throat, his short fingernails digging into the soft leather of the seat, legs spreading wider, toes curling up inside his sneakers as the warmth in his groin intensified, and his balls ached with impending relief.

He took a deep breath, stopping his movements altogether, gasping at Yuri, “Stop ... gonna come ... pull off ...” But Yuri didn’t stop, just bobbed his head faster, his fingers digging into the back of Vitaly’s jeans as he lifted his brother’s ass to meet his mouth.

Vitaly was coming undone. No fucking drug or skank had ever made him feel as out-of-control or intoxicated as Yuri’s lips on his dick. Moving one hand into Yuri’s hair, he tugged at the greasy mess and bucked his hips up, once, twice, three times, then felt the overwhelming ecstasy and relief as his cock twitched and pulsed, flooding his brother’s mouth. 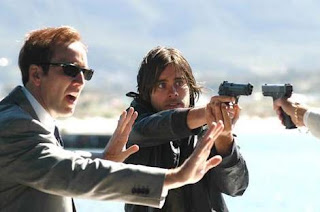 Yuri’s throat constricted again and again, sucking every last drop of come from Vitaly’s shuddering body, managing to only let a few dribbles escape his lips. Only when Vitaly had slumped back into the seat, his body boneless and heaving, did Yuri pull off, giving the soft cock one final cleaning with his tongue, then raising his head to kiss Vitaly.

Vitaly moaned when he tasted himself on his brother’s lips, his tongue reaching inside Yuri’s mouth to lap up all the flavor he could find.

"Fuck, that was ...” he panted, hands busy tucking himself back in his pants. “Maybe if you would have done that before, I wouldn’t have needed the coke.”

“Just kidding.” Vitaly practically threw himself in Yuri’s lap, his arms winding tightly around his brother, holding on for dear life. “I love you, bro.”

He knew he had to go, knew he had to do what he promised to do, but now it almost seemed a little harder to leave Yuri. “Time to go?” he whispered, already knowing the answer.

Yuri nodded against his shoulder, giving Vitaly one last hard squeeze before releasing him and watching him get out of the car and walk away.