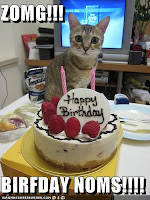 Twenty-five years ago today, I held my baby girl in my arms for the first time, and yes, I was a mere child myself when I had her *snorts*. Jenna-lee was unexpected but all loved, and she blessed me with being the mom that I'd always wanted to be. Yeah, I was one of those teenagers that, despite all the partying and having fun, knew that one day she would have a little girl of her own (along with 2 boys after - and that's totally the way it happened).

My husband and I were young, inexperienced in the ways of a screaming newborn baby. There was a lot of worrying whether we were doing the adequate things; changing her correctly, feeding her enough, bathing her the right way. She was generally a happy baby, but unfortunately Miss Jenna had colic for a while and the thing she loved most was being bundled up into her car bucket and taken for drives in my 1974 Firebird. Then-to-be-husband had a rusted-out, falling apart Gremlin so that was definitely not an option for either Jenna or me. Lol.

Jenna was the first grandchild on both sides so to say she was almost over-loved, is an understatement. She had more nicknames than any little girl I've ever known, many that have stuck over the years and still make her brothers go WTF is up with that one, example Punky-face and Nanoo. The girl has more pictures than any other child I know as well, albums and albums of just-Jenna stacked in my basement while my boys have a few boxes (Jake - the baby - even fewer than Jesse).

She's always made me proud, even through her teenage years, despite a few bumps in the road here and there, and we never did have to send her to that Private Girls' School in the middle of where-the-fuck-are-we Saskatchewan so that's a plus. :) She was a good big sister even once her year-apart brothers started getting into her stuff and sucking up some of her attention. She kicked ass in high school, making us proud with drama productions and always doing just what she wanted to do. She chose to go to a university half-way across the country and as hard as that was, it made us proud to see her independence and determination. Her last endeavour was to become a Yoga teacher, traveling to Montreal for intensive training, and I can happily say she has achieved that status and is more than likely, awesome at her new job. She blossomed into a beautiful, independent, assertive, lovely human being in front of my eyes and she is truly one of the most important things in my life.

In some ways because of my mental illnesses, seeing my kids grow and thrive and become good people has made me realize I did an okay with them despite all the issues I had when they were growing up. I can look at them and say I did a good job, I had a hand in the way they grew up and the people they are now. I don't think anything makes me prouder than that.

So happy birthday, Jenna-lee, I miss you and wish I could be with you on this special day but you'll be with me in my heart every single moment. 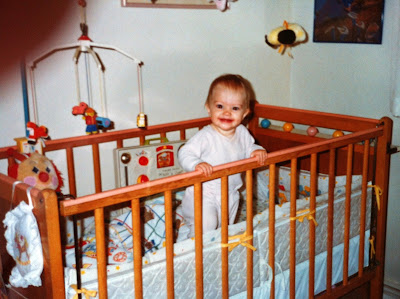