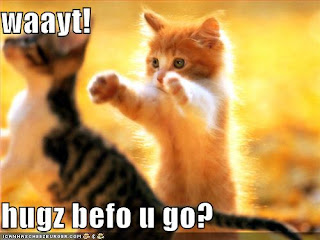 January and February are two of the toughest months of the year for me. My depression seems to enjoy coming out to play during this time and last year these two fabulous months led to a few months in hospital.

Skip to this year - I'm nowhere near how I was as one year ago & I have some good things happening and going on. I just need to lie a little low, find some patience for myself and ask for and allow some extra support from my friends. I guess I'm needy right now, a state I do not enjoy being in. So if you'll all bear with me, I'd appreciate it.
End of update on the ickiness - on to the goodness.

I have a Valentine's Day story coming out on February 8 with Less Than Three Press. If you haven't heard of them, you must go there. They're a small publishing company but very interested in keeping that personal approach. You may have heard of the awesome author Megan Derr - her and her sister are the owners and they are made of win. 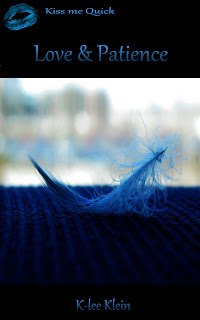 Anyhow, on February 8th I have a short story called Love & Patience being released. I'm quite proud of this story - it's sexy but so sweet at the same time. It's about an angel so if you like those beautiful winged boys at all, please check it out. :) Megan did the cover herself and it just made me ohhh and ahhh all over the place. In reality it's my first cover that's all mine and I'm so damn proud to have my name on it. The feather on the bed is so sweet and perfect to the story, and blue is my very favourite color. I'm still squeeing inside.

Love & Patience
"One week out of every year the angel Anael spends time in a remote cabin with the human he loves—a human who does not know his lover’s secret, who for the last five years has patiently waited for the day that one week might finally become one eternity ..."

The 2nd Valentine's story I was working on was supposed to be a sequel to Finally Home and I got to 13,000 words when the realization hit me that it was no where near being finished and was way too angsty and dramatic for a sweet Valentine's story so for now it's been put in the WIP pile to be finished soon (I hope). 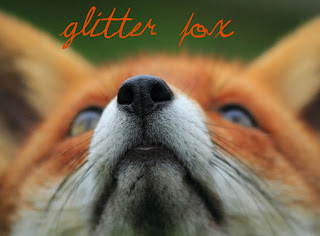 Instead, I wrote a sort of short prequel to Outfoxed that is hot, sexy and sweet all at the same time (well, hopefully).  I'm still humming and hahing about a title, and it hasn't been "officially" accepted yet, but here's the blurb. I'll keep you posted on what's happening with it.

--Gage Galeano's career is soaring: he has his best friend, lover, and bandmate by his side and Glitter Fox is everything they always wanted their band to be. Their latest concert went off spectacularly, and Gage is so high on life he can almost forget it's his least favorite day of the year.
Rylan Rivers knows that Gage hates the dual meaning of Valentine's Day, and why, but he's bound and determined to make this year’s dreaded day memorable in a very good—and sexy—way

I have another release with Less Than Three as well, but as of yet has no release date. It will be included in the Private Dicks: Undercovers anthology which will be in ebook and print. (This is not the real cover.)

My story is called The P.I. and the Rock Star  and yes, shockingly enough, it's about a private investigator and a rock star. I don't have an official blurb yet but here's the premise:

Mason Stason is a private detective. He's not flashy or hip and he doesn’t have an office conducive to entertaining wealthy clients and their bratty teenage daughters. He runs his life and his business the way he wants and he’s perfectly happy in doing so.

But when made-of-money Durango and his gum-snapping daughter hire him to do surveillance on a hugely popular rock star named Jade Jonathan Lee, Mason’s business world collides with his personal life, and the result is a mystery that must be solved. 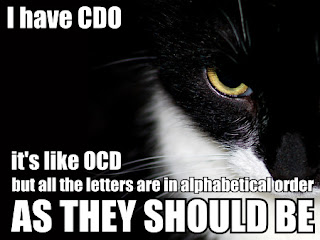 Other things coming up for K-lee

GayRomLit Retreat 2012 now has an official site. The dates will be October 18-21 in Albuquerque, New Mexico (I cannot for the life of me spell that without looking - ack) at the Hard Rock Hotel and Casino. I've spoken to both JP Bowie and William Neale and they're both completely in love with the location so OMG I can't wait.

I will be attending the Rainbow Book Fair in New York City on March 24. I'll be helping to pimp Less Than Three Press as well as myself and will be attending with the fabulous Piper Vaughn. (yays) We intend to do nothing but writing during the days we are there - strictly a business trip with a little sightseeing, gay bar tours, eating, dancing, and Priscilla Queen of the Desert on Broadway thrown in for good measure. Lol. *squees*

So excited to see the show - Nick Adams is such a hottie in drag or out. :) 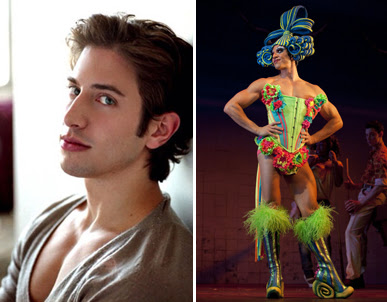 Piper and I are also looking for suggestions on where to stay and things to see and do from all you native New Yorkers so hit us up with your ideas. Megan Derr is making me up cards with my Love & Patience cover and Outfoxed on them and she's even started an actual business card for me - still find it hard to believe that I'm worthy of one of those, and so far it's fabulous.


Thanks for reading and I've been told I need to pimp my stuff more and since I don't have a clue how to do that, I'll just leave the appropriate links for those of you on GoodReads.

Finally Home - Home on the Ranch 1

Pride & Joy    (charity story for It Gets Better)

End of pimpage. Have a good weekend everyone.