Today's post is brought to you by the letter "K" as in KILTS.

I had the pleasure of meeting and hanging out a bit with the fabulous Damon Suede at GayRomLit in New Orleans and the man definitely wears a hot kilt - actually it was the first time I realized how spectacular a kilt can make a hot bootie look. He even answered the often-asked question about what he does or doesn't wear under his kilt - and showed us - unfortunately, there was a little material under there. :)

Despite my love of men in kilts and obviously, Damon Suede, too, I'm also dedicating this post to Mr. Suede since his Facebook account was cancelled today for no apparent reason than he chose to show some pretty pictures of half-naked men or men together - this has not been confirmed but it is a common occurrence on Facebook with those who post pictures of that others take offence to. My opinion on this - if you don't like it, don't look at it. I often wonder if as many accounts with half-naked women are deleted.  Enjoy.

Damon Suede - the man, himself - picture doesn't do him or the kilt justice 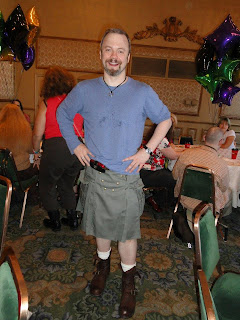 (I also borrowed a bunch of these pics from Damon's FB) 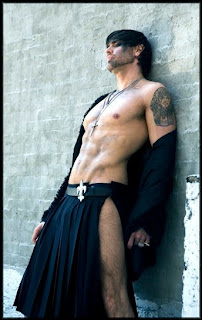 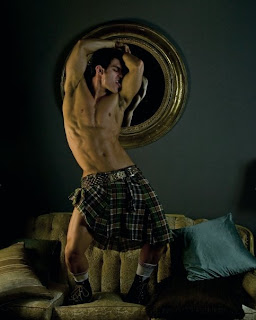 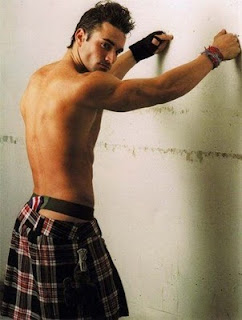 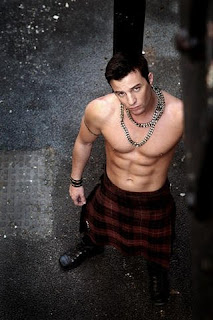 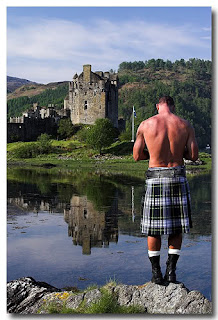 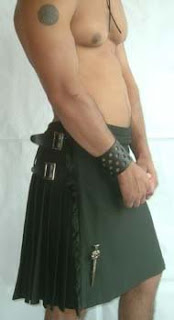 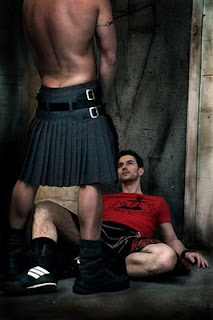 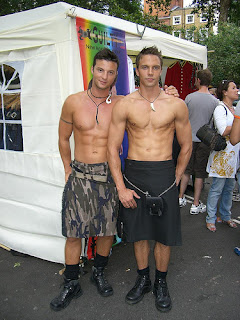 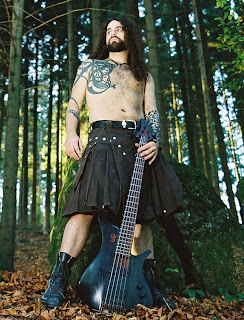 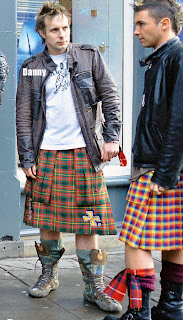 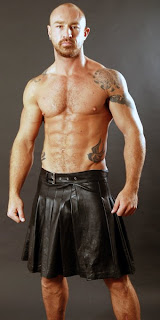 Email ThisBlogThis!Share to TwitterShare to FacebookShare to Pinterest
Labels: pics