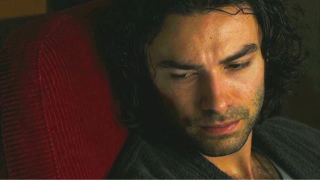 I'm struggling a little at the moment; could be the deadlines I've put myself under or the changing of doctors & finding of a psychologist (1st appointment today), could be my immobility that I'm tired to death w dealing w or the rapid changing of the weather that makes my head spin and ache. I guess it could be a lot of things that are causing the low mood, the anxiety, insecurity & lack of self-confidence and motivation.

Every year I say if I can only get past March or even April, things will get better but this year isn't proving that way. Last year I felt like a writer, but right now I feel like anything but, and I wonder if I'll ever publish a damn thing again.

Lack of confidence of course brings on more lack of motivation and so the cycle begins and circles 'round. I put too much pressure on myself because others can do so much more beyond my limits, limits that I know are there and are not of my own making. But knowing that doesn't silence the "should be able to" messages in my head.

The pressure and self-judgment shut down something in my brain that lets me do the one thing I want to do - write - and in turn leave my head full of ideas, characters, scenes and plots that remain twirling and bumping against my brain while I try unsuccessfully to release them.

I'm frustrated and frazzled & the worst part is that I have no real reason to be those things because I'm alive, well taken care of, and I have some people who I know care about me. I know so many who are worse off in different, more important ways, and my wallowing is selfish and self-serving. But at the moment owning that wallow and fighting against it all at the same time.

Friends have come and gone over the past year, but I've forged a pretty special bond w a new friend who I don't want to lose, someone who seems so similar to myself it's scary but comforting at the same time.

What's the answer or the point to all this? It doesn't lie in more hospitalizations for depression or new meds to try to placate my brain. It doesn't lie in beating myself or in giving-up. it simply lies in me to keep doing what I can to get by, to reach out for a little support when I only feel like stuffing myself into a cave w my only company being the characters in my head.

The solution is in me & the way I handle how I'm feeling. Pushing myself to write doesn't generally end up with writing on the page, but more lowness and judgment of self instead. If I need to take a break to watch a favorite movie or series over and over again, it's not out of simply obsession or compulsion but self-preservation as well. Same goes with letting myself write something that will motivate me, make me happy, stir my creativity again, make me feel like I still can write - yes, I'm talking about fanfiction - and I have to give myself permission to do that. 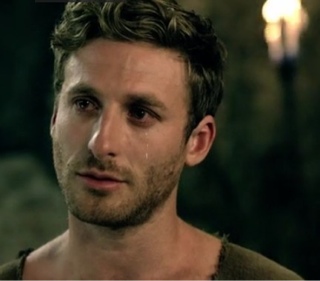 It's easier said than done but that's what I need to focus on right now - whatever works to get me past this rough spot and back to believing I didn't pick the worst dream in the world or the worst profession that I want so bad, just because I'm not as strong as I'd like to be.

I seem to have written myself into a circle of confusion but it feels good to get some of my ponderings out. I guess I have some things to discuss w my new psychologist who I imagine will barely have time to list all my disorders, meds, hospitalizations, therapy, etc, before the allotted hour is up. He won't know what hit him.

Happy Tuesday - I'm even trying to say that without any sarcasm at all. Cheers.