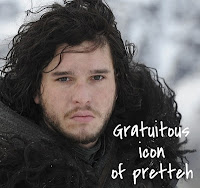 I've been so negligent in updating this...in updating anything really. I know I don't have a lot of followers, but the few I do have deserve better than these random posts that can run anywhere from incoherent babble to depressing-as-hell thoughts. Even if I just post pretty pics, it would be better than dead air, right?  :)

Moving on - the Hop Against Homophobia and Transphobia is almost upon us - 2 days to be exact or 1 depending where you are. I'll be doing at least 3 posts during that time and I have some special guests that I hope you'll drop by to say hi to - three very special and lovely men to be exact. But seriously, these guys have some very inspirational and thought-provoking things to say. And be sure to check out the other  >170 participants, too. Hey, you've got 10 days to do it this year. Hop on, people.  :)

Family of Misfits 2: See those pretty (or intimidating, depending on your personal preferences) men up there? Well, they've been taking up my time which is a very good thing. If you read my first Family of Misfits book, Lucius' Bite, you'll know Ali.

Family of Misfits 2 is his book, his story, his whacky adventure if you will. They're actually being very good boys in that they're speaking to me at the moment, whereas they weren't for quite some time.

I need to get this one done and beta-ed by the beginning of June if I want print copies in time for GRL...which I certainly do. I will also be having the talented L.C. Chase doing Ali's cover as she did Lucius'.

Here's a tiny excerpt - keep in mind it's unbeta-ed, unedited, and not written in stone yet.

Once he was finally alone with the unconscious Kalo—and Anca had been dragged kicking and protesting from the room—Ali stood back, arms crossed over his chest. He sucked his bottom lip between his teeth and gnawed at it while his gaze traveled over Kalo's body.

Kristof was right, the guy was big, at least three or four inches taller than Ali's own six feet. He was all in black—possibly a family fashion statement—his full-length leather coat not conducive to a brisk day let alone winter in Canada. Under the coat was a button-up shirt with the collar of a t-shirt sticking out from beneath—at least he knew how to layer. His jeans, black of course, were the kind manufactured to look retro, so tight they made it perfectly clear he dressed to the right, and very well at that. Thick-soled biker boots completed the look and must have added at least an inch to Kalo's already towering frame.

Kalo’s nose was long and straight with a tiny bump over the bridge, perhaps from a fight or accident. His lips were full, and though he didn’t have a lip piercing he did have one of those horrible chin things shining from beneath the scruff. Ali detested them. Kalo had a lot of piercings actually, and Ali wondered if there were any hidden ones beneath all the black of his clothes. The image stuck in his head but he wasn't sure if he liked it or not…much like the man lying before him. 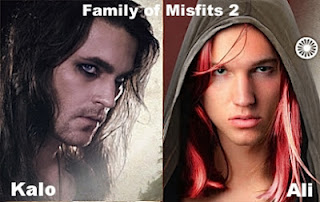 He'd never been opposed to men wearing make-up—even indulged in a little light foundation and sparkly liner or shadow himself on occasion—but the thick line of eyeliner, jet black mascara and dark eye shadow was a little over-the-top even for him. The combination made Kalo look like some kind of sinister movie vampire, and Ali could not imagine anyone walking around like that unless they lived in L.A. or possibly New York. In wholesome, hippie-land, free-loving British Columbia, Kalo would be the talk of the town, of the whole goddamn province.

The only hint of color Kalo wore was an abundance of silver adornments—a big belt buckle with a fierce-looking wolf's head partially hidden by the untucked front of Kalo's shirt, at least three thick, chunky chains hung around his neck each displaying a different silver pendent, and a thicker chain clipped to Kalo's pocket and dangling over his leg.

Besides the chin piercing—Ali thought it was called a labret—one of Kalo's eyebrows was pierced with a silver ring and both ears were highly silverized by varying sizes of hoops—definite disproof that the old folktales about shifters and silver were just that… tales. If humans only knew how much of the old legends and lore they actually got wrong they might start concentrating on their own frailties and leave the paranormals to themselves.

As Ali scrutinized Kalo's appearance, he realized he was exactly the type of man Lucius had been drawn to before Nicu dropped into their lives. He’d always preferred the tough, rugged, freaky ones he met online, but never any as big as Kalo. Ali was pretty sure his Luscious liked to keep the upper hand, and alpha position, even in his one night stands. Ali had followed him on many occasions just to make sure he was safe with whatever current fuck buddy he had at the time. Kalo was undoubtedly Lucius' past taste, but definitely not Ali's past, present or future—at least he couldn't see it ever happening.

He wasn't sure if he was happy, sad or merely still in shock about Kalo's sudden arrival. It wasn't his intention to judge Kalo's appearance, and the man himself, without actually having spoken to him, but a tendril of disappointment wiggled through his heart and into his aching head. He'd obviously never seen a picture of his intended spirit mate, but Nicu had been right, Ali had dreamt extensively about him since he was an adolescent. There had never been a full image, just tiny glimpses of dark purple eyes—almost a shade of eggplant he'd certainly never seen in real life—full lips and definitely less hair than Kalo's massive mess. 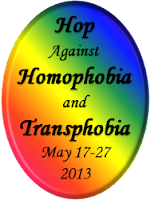 Ali had always felt an overwhelming elegance to his dreams as well, the soft whispers of classical or perhaps jazz music playing in the background while muted colors and well-dressed men and women faded in and out of the scene. There was never any rhyme or reason to Ali's nighttime adventures, never any actual face-to-face drama or contact with the man he'd come to believe was his fated mate, indeed other than eyes and hair, he'd never even seen the man's face.

But nonetheless, he had always been positive he could pick out his intended in a crowd, and long, disheveled hair with random braids and a face abundant with piercings would not have occurred to him in a million years. And that wasn't even taking into consideration what looked to be a tattoo peeking out from under Kalo's shirt. Ali was sure it wasn't the only one either.

Cowboy Brett: There really isn't a title to this one yet, despite it being up to 78,000 words - my longest to date by far. Brett is second on my list of must-be-dones and he's moving along pretty well. He was only supposed to be novella size, but he grew in leaps and bounds, adding things here and there and being generally stubborn about what he wanted me to write. Brett is actually a pretty good muse. He was the only one who didn't abandon me a while ago. His story is emotional (what a surprise right?) but hopeful too, I think. My hope is to have him out by GRL, too.

Danilo: Danilo is my M/m Romance group free story. It's not coming along well at all, despite already being due. I won't abandon it because that's just not something I'm willing to do. I have do a slight extension, though I'm not sure I'll still be able to have it in on time. With my two other publishable stories (massive word lengths to me) needing to be be done, Danilo has to be the one put aside for now. The majority of the stories aren't being posted until July so maybe--just maybe I can squeak through more late than not. I have a concept and a start, but to be honest my extended depression this year has put me behind in everything.

I made myself a new business card because the ones I had have up and ran away. I don't know where they've gone or where I might have left them so I had to use Photobucket and Vistaprint to make a new one. Good grief that is a task someone with OCD just does not want to do, and I have hours of arranging and rearranging to prove it.

<-- Basically it looks like this and then has my information on the back. Does the pretty boy look familiar? Lol. I decided since I paid for him anyhow, I might as well get a little more mileage out of him. Plus, I really do love his look.

Fanfiction: Yep, I'm writing it and having a blast doing so. It really does help my muse and puts a smile on my face which is pretty important sometimes. I've had good comments about what I've written so far and I'll keep doing it as long as it makes me happy.

Obsessions: Still obsessed with Hobbit dwarves and the actors who play them. Not much else to say there. I'm totally in love with Nagron (Agron and Nasir from Spartacus - and just the show itself as well), plus Jon Snow (Kit Harington) from Game of Thrones and Will Graham (Hugh Dancy) from Hannibal. Wow, I see a pattern of hot men with swords - except for Will Graham who is just plain adorable even without a weapon. Of course, I'm posting some pics to go along with my obsessions. :) 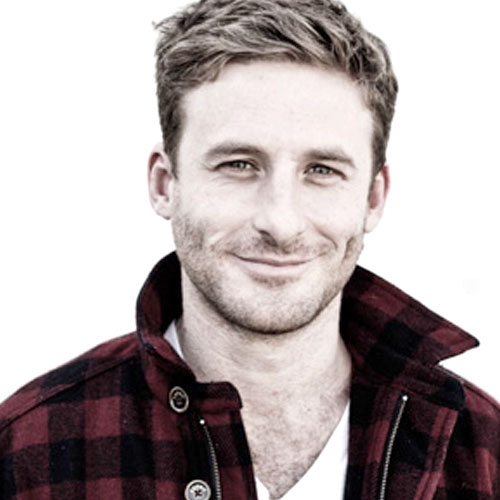 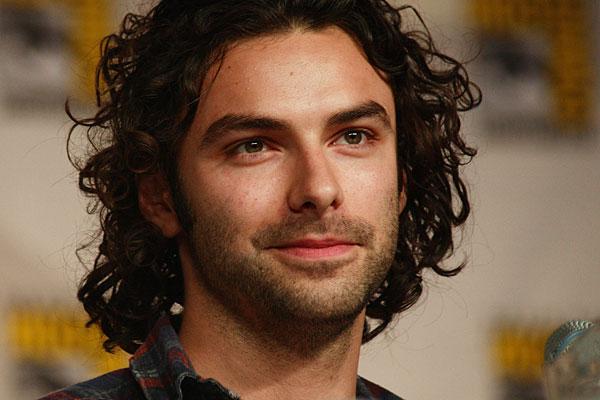 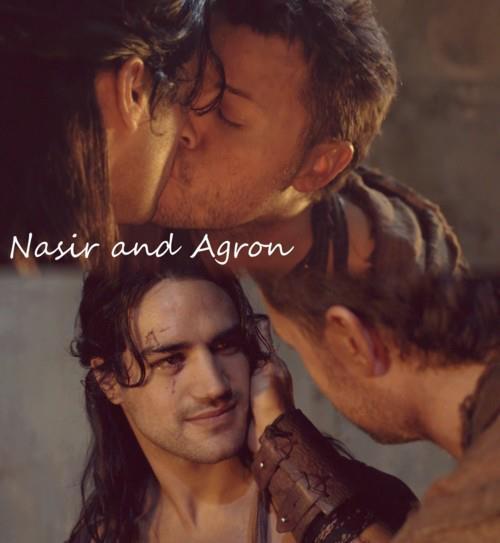 Jon Snow from Game of Thrones 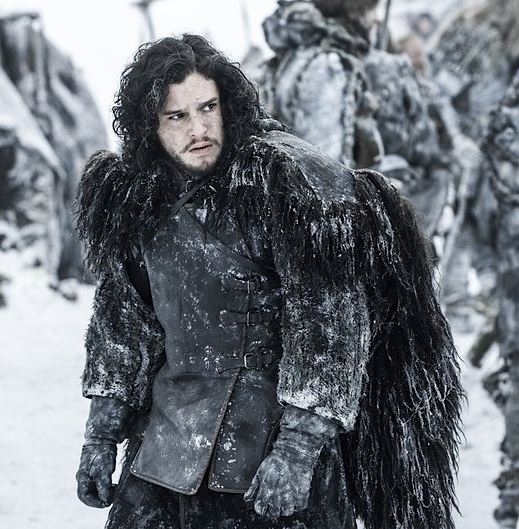 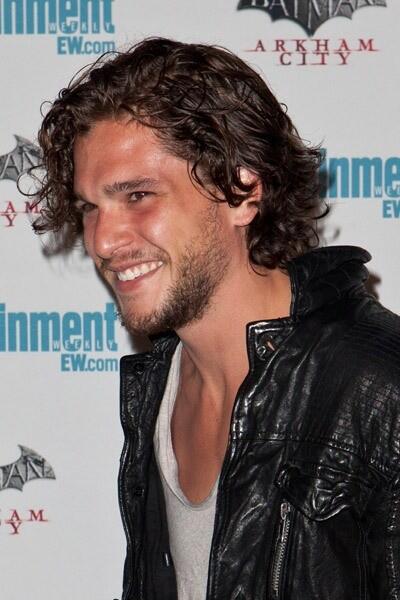 Hugh Dancy - Will Graham on Hannibal 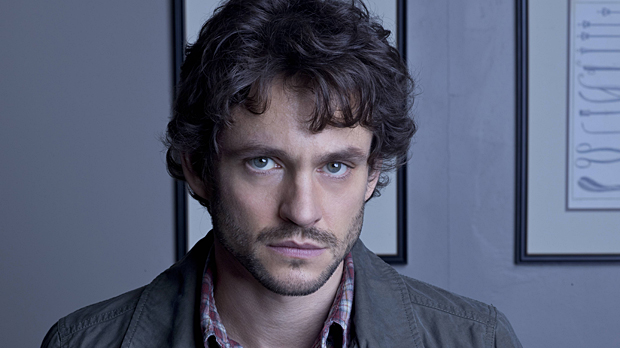