I love my red pencil - addicted to editing? 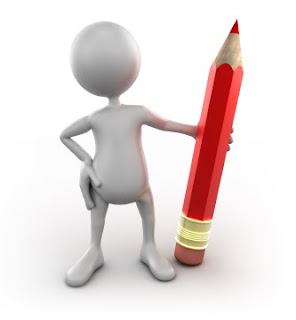 I've heard writers say this before -"write first...edit later"- but I have to admit I'm really horrible about doing it. I tend to edit my stories to death while I'm writing and I can really understand where this article is coming from, especially the part about editing your rough draft while writing really slows down the process. It really makes me feel like I've done nothing and the story is just not progressing. It's because every time I open the file, I edit and nitpick and change things that I've already written so I don't even get to the story I'm trying to write.

I just end up with all this stuff in my head when I'm not even working on the story, especially at bedtime - "oh, Rylan should be thinking this or that in that one scene", "Gage should put those boots on while Rylan's watching not before he comes back". It's annoying and frustrating and I guess I just need to practice making notes somewhere else (I have this great set of interactive index cards that let me have a card for each character, for the band and for the plot). But the habit of editing and editing and editing some more is hard to break.

I know everyone writes their own way, have their own habits, but the way I write just doesn't seem as efficient or practical as the other way. I get it done eventually but just not in as timely a manner I guess. The article also says "it doesn't have to be perfect..." *ahem* they don't know me very well.

Here's part of the article and the source. (PS if you keep reading, I have a Glitter Fox excerpt at the bottom.

Write First…Edit Later
I promised to share with you the biggest mistake new writers make today. It’s the mistake which turns a short writing process into a full day drudgery. And it’s also a problem which isn’t limited only to new writers. Experienced writers go through periods of time where it weighs them down.

I’m talking about editing at the same time you’re writing. If you try to edit while you’re doing your first rough draft of any article, white paper, or book, you’re going to slow down the whole process to a snail’s pace. Writing and editing are a completely separate process, and you have to treat them as such.

When you sit down to write, you must write. Don’t worry about being perfect. Don’t worry about making mistakes. Just do it. Write. You’ll do your editing later in the process. You might end up cutting out several paragraphs from the beginning of your writing when you get to editing. It doesn’t matter. In fact, when I’m training people on doing copywriting, it’s normal for us to cut out the first few paragraphs or even their whole first page. It’s almost as if they’re going through a warm-up process in getting started.

So sit down and write. That’s the key. Don’t go back and edit. Don’t sit there and contemplate what you’ll say next. The more you can just write or type your thoughts out as they come to you, the easier the whole project will be. Don’t allow yourself to rethink what you wrote at this point. Don’t stop to go back and make changes yet. Just write it until it’s finished.

*****
Short except on new character from Glitter Fox series - meet Anistazia. Think you'll like her? :) 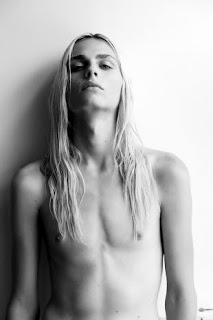 Anistazia Flowers. Six feet two of sparkling, often-wigged, pierced and tattooed attitude. She was brash, moody, rude and over-the-top bitchy, but she was also Rylan and Gage’s best friend. The pair had met Ani when Glitter Fox was first starting out and when Anistazia — “with a z honey” — was still Andy Baumgartner from Findlay, Ohio. Anistazia had been a pretty but unhappily, insecure boy, having hitchhiked across the country to find him… or herself, as fate would have it. She'd been one of those guys that even though tall in stature, had drifted and faded into the background like little more than a ghost.

Slim to emancipated body type, shaggy dishwater hair hanging limp against his acne-pocked, sallow skin, Andy/Ani had stumbled upon the band at one of the smoky, dilapidated bars they’d been playing in, falling instantly in love with Rylan and Gage, and the whole musician lifestyle. She started following them around, town to town, dive bar to dive bar, hitching rides under not the best of circumstances, until the band had just invited her along.

In the beginning she slept with both of them, often at the same time, as well as offering herself up freely as designated driver, chief cook and bottle washer just to earn her keep so she didn't have to go back to that "horrible world of horse shit, overalls and country bumpkins" - her words. The boys had never abused her favours nor had they ever admitted they would have kept her anyway because as quickly as she became attached to them, they’d also become attached to her. Gradually as Andy’s confidence grew, Anistazia had been born and the previous shit-shoveling farm boy had never looked back. Now she was a full-fledged member of the crew, taking care of the band's wardrobe, make-up and hair products, all things neither Rylan or Gage had ever imagined needed to be taken care of at all. But more importantly, she was always there when they needed her, guns locked and loaded with support and drama.

*****
One more thing before I sign off - I'm looking to start a critique group. It's not something I've ever done before nor really know how to do, but I think it would be beneficial. I already have one wonderful writer willing to take part and I think we'll aim for September, but if anyone is looking for this sort of group or knows of someone who is or already has a group looking for members, let me know. I'll do a post on this eventually too. Cheers.