My author guest this week is M. Raiya. M. is on a blog tour to promote her book "Silver Pearl" from Less Than Three Press. Welcome to Chaos, M.

Thanks! I feel right at home here. Chaos could be my middle name. And I love The Hobbit, dwarves, kilts, and dwarves in kilts!

I think I love you already. <3

1.     I always start with some basic information questions so you can tell us a little about yourself. Where are you from? How long have you been writing? What do you do for fun? Go ahead and tell us everything. 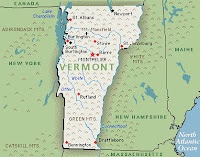 I'm from Northern Vermont, born and raised. It occurs to me that many readers might not know where Vermont is. I don't have to get very far away from home before people start looking blankly at my license plate.

Vermont is a tiny state in New England famous for its Green Mountains, maple syrup, fall foliage, skiing, liberal politics, and taciturn people. My ancestors have been here for five generations, and I fit right in. I've been writing since I was about ten when I realized one day that I'd read all my books (I had  zillions even then) over and over until I was sick of them and decided to write my own. For fun, I take photos, swim, canoe, bike, and hang out with my pets -- two kitties and a golden retriever.

2.     How did you begin your writing career? Do you have any major influences that got you into the genre?

I can remember very clearly one day when I was probably eleven years old standing at the picture window in my living room, looking out at the field across the road. The corn had been cut, the leaves were off the trees, and I could see the full moon rising above a rocky ledge. My father is an artist, and I remember wishing that I could paint the way he did, and capture the scene. But I'm no good at drawing. Then I suddenly started describing the scene with words in my head. And it felt really right. Before I turned away from the window, I knew without a doubt that I was going to be a writer.

I honestly don't have any major influences that got me into the genre. I wrote my first m/m story before I'd ever read anybody else's. I just wrote it for fun -- I had no idea other people were writing the same thing until I started doing some internet research. I've been at home every since!

3.     I noticed you've written a lot of fantasy and paranormal. Are there any other sub-genres or tropes you're thinking about writing? And if I'm wrong, please correct me. 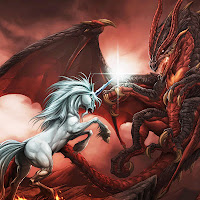 Yes, I definitely write a lot of fantasy and paranormal. I grew up on the fantasy classics. I've always loved characters with secrets, especially those with magic in their souls. Gay people have always fascinated me for the same reason, with their courage and honesty to be true to themselves in a culture that is often not understanding, or worse. I think it was a natural leap for me to start writing m/m fantasy. I've written about dragons and now unicorns. I've done some science fiction and some medieval-historical pieces. Vampires and werewolves already have so many rules and regulations that I'm afraid I'd get it wrong if I tried to broach those legends. But I've got a piece about witches going now, and who knows where I'll end up.

4.     I like to ask authors about their muse but not everyone has one they can describe. Mine is always a hot man bossing me around – but that's just me. ;) Do you have a specific muse? If so, tell us about it.

Hmm. I don't really have a muse. Ideas come easily and constantly to me. On days when I don't have to go to my day job, I can sit and write all day. It takes something pretty major, like being in the hospital, to stop me from writing, and I get antsy when I can't get to my computer for a while. I always carry a notebook and pen. My characters are pretty bossy and insistent when I'm not paying enough attention to them. If anything, they are my muse.

5.     What things do you enjoy most about writing? Are you a plotter or pantser?

Totally a pantser. I admire plotters, but I have to write to figure out what I want to say. I love escaping into my own worlds. Writing is incredibly freeing.

6.     Do you have any writing or reading quirks (for example, playing certain music while you're writing or having to turn in a circle four times before you begin. :D) or squicks (things you simply cannot read or write)? 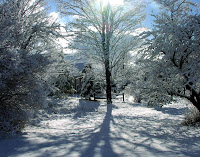 Oh, that's a hard one! I can write all the time, wherever I am. But ideally, if I have a whole day for it, I like to get chores out of the way and have my desk cleared of mundane business before I sit down to write. I don't usually listen to music when I'm drafting because other people's words interfere with mine. I will listen to nature sounds sometimes, especially in the dead of a Vermont winter. If I'm editing or doing marketing work, I can listen to music. (She said, quickly reaching over to turn on her iPod so people won't think she's a liar!) I really prefer to have my window open and listen to real nature sounds -- one of the benefits of living next to a brook with a waterfall.

Squicks -- yeah. I really have a problem with stories about animals being hurt. I'm such a softy at heart. Just can't deal with it. Like the scene when the wolf gets killed in Dances with Wolves? Or when the horse gets hit by the truck in The Horse Whisperer? Watched them once. Never again. Shudder. If there's an animal injured in my stories, somebody is always there fixing it up quickly.

7.     The blurb of Silver Pearl sounds like it will be an emotional story. Personally, I'm an emotional writer and get involved with my characters to the point of crying with or for them. Have you become emotionally attached to any of your characters more so than others?

Emotional? Me? Ha. Oh yeah, I totally get involved with all my characters. I weep, and laugh, very easily. Do it all the time. 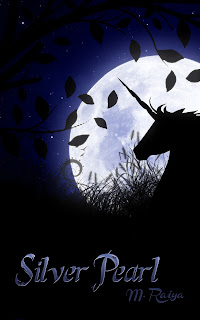 Well, as you've surmised, Silver Pearl is a paranormal, m/m fantasy with some pretty emotional issues. The main character, Joel, is recovering from being raped. He's an intelligent, compassionate man, but he's very wary of people now, preferring to stay on the old farm (in Vermont, of course) that he's fixing up. He's always had a dream of finding magic someday, somewhere, but now he doubts that magic can exist in a world which also contains so much violence. Silver Pearl is the story of how he comes to open his heart again, both to his dreams and to love.

9.     I like to torture my blog guests a little bit before they leave so here are some multiple choice questions for you.

Giraffe. Tall and shy and awkward, like me. Monkeys are too loud and move too fast.

Easy. Tea. Can't stand coffee. Any way, shape, or form of it. Even as ice cream, and that says a lot!

That's harder. I like both. Put me in a city though -- forget it. I freak out.

Ahem. Blush. My husband is a drummer. Rockstars.

AND finally, who would win in a fight between vampires and werewolves.

Oh, I have no idea. My dragons could take either one, no problem! OHHH, BURN. ;)

Thanks for stopping by, M. Good luck with Silver Pearl and your blog tour.

Thank you so much! I've had a blast answering your questions.

M. Raiya lives on a dirt road in northern Vermont with her family, surrounded by woods and streams and old stone walls. These elements soak into her writing in strange ways. Sometimes her writing is just strange on its own. You can find her blog at mraiya.blogspot.com.

Here is the blurb for Silver Pearl:

Standing in a meadow late at night, not really certain why, Joel is shocked when he encounters a unicorn—one that turns into a beautiful young man. Joel aches to be closer to the unicorn, but everyone knows unicorns only approach virgins. After a brutal attack that left him broken and afraid, Joel is no longer that. Then hunters appear, determined to take down the unicorn, and Joel will have to overcome the horrors of his past in order to save his chance at a future.

To read the excerpt and enter a drawing to win a free copy of Silver Pearl, visit my blog at http://mraiya.blogspot.com/2013/03/silver-pearl-blog-tour.html and leave me a comment with your email address. The winner will be drawn on March 23.

And here is the link to the book trailer I made: http://mraiya.blogspot.com/2013/03/silver-peal-book-trailer.html