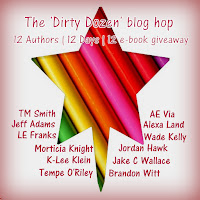 As part of the Dirty Dozen blog hop, I'm pleased to welcome my friend, Alexa Land, to Chaos in the Moonlight. I'm really looking forward to seeing her at GRL next week. So without further ado, here she is. PS - don't forget to enter the Rafflcopter giveaway at the end. The Dirty Dozen is giving away 12 eBooks to one lucky winner.

Hi K-Lee! Thank you for hosting me. I’m looking forward to seeing you at GRL!

If you could spend the day with one of your characters, which one would it be, and why?

The obvious answer is Nana Dombruso, because that would be a damn good time!

What are you working on currently and what's its inspiration?

I’m working on Worlds Away, the thirteenth book in my Firsts and Forever Series. It’s inspired by a couple of my characters, Sawyer and Alastair. We’ve met them in previous books in the series, and now we’ll get to know them a lot better!

If the lead character in your current novel were to read your other books, which one would be his/her favorite and why?

I think Sawyer (who’s ex-military and a no-frills kind of guy) would enjoy my paranormal books. I could see him getting into The Tinder Chronicles, because they’re a little grittier.

If all of your MCs were thrown into a strange and dangerous world where survival relies on ingenuity, creativity, common sense who would come out on top?

All of my boys are survivors, that’s an ongoing theme throughout my series. Since they’ve overcome a great deal in their lives, I think they’d all thrive in an environment like that. 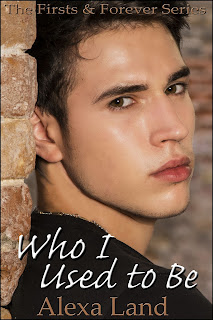 What musician or album do you think people should listen to as they read your work because it fits the soul of your words (either a specific title or your writing in general)?

Each book actually has its own theme song, and they vary a lot in tone and style. For example, The Distance was inspired by the Cake song with the same name, and Who I Used to Be is a line from a Nine Inch Nails song (Something I Can Never Have). The song Time After Time by Cyndi Lauper doesn’t influence my work-in-progress as directly, but it’s woven throughout the narrative.

If you could be one of your characters and live their life, who would it be and why?

Tough choice! The easy answer would be Nana Dombruso, because she has so much fun and lives a fantastic life. But instead, I’m going to say Skye, who’s a free-spirited, wonderfully creative artist in a beautiful relationship. Plus, I’d love to rock his blue hair!

If you could be a fruit, any fruit, which would you be and why?

A big, red, ripe tomato, because it’s an oddball! No one thinks of it as a fruit, it doesn’t fit in. But where would we be without pizza sauce, and all the other lovely things tomatoes can do? J

What is the thing you enjoy most about gatherings like GRL?

Getting to meet and talk to people from all over the country and the world. The fact that we’re all readers or writers of gay romance creates such a wonderful sense of community!

What is the most vivid romantic moment from any film that has lingered the longest and meant the most to you…. and why.

The kiss in Brokeback Mountain, when Jack visits Ennis at his apartment after four years apart. It’s so intense, so urgent, and says everything about those two characters. The movie’s ending shattered me, but that kiss!! (SAME, ALEXA. SAME.)

If you could take any fictional couple or character (television, movies, real-life, books) and add them to one of your books, who would it be and why?

Brian Kinney from Queer as Folk U.S. God, I love that character! It’s so easy to write him off as an asshole, but the writers of that series did a fantastic job giving him layers and nuance, and really bringing him to life in a way you just don’t see very often in movies and television.

What kind of quirky habits do you have before or during the time you write?

I become nocturnal when I’m writing. I’m not sure if that’s a quirk or a glitch! I do some of my best work between the hours of eight p.m. and four a.m., both because that’s my natural wake cycle, and because I work well in total silence. My readers joke that I keep vampire hours!

When you write, do your characters hijack the story, or do you keep a tight grip on the reins?

They totally hijack the story, and I’m happy to let them! I love the exhilaration of letting my characters take the lead. They go off on the most surprising tangents! 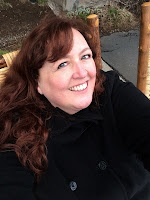 Alexa Land is an independent author of gay love stories. Her character-driven books include the best-selling Firsts and Forever Series, set in present-day San Francisco, which is currently at twelve volumes and counting. She was born in Southern California and has been on a gradual northern migration ever since, calling Santa Cruz, San Francisco, and now Oregon home. Her most recent book is Who I Used to Be, which was published in August.

You can find Alexa Land:

Who I Used to Be is available on Amazon:

ENTER THE RAFFLCOPTER DRAW FOR 12 EBOOKS!

a Rafflecopter giveaway
Posted by K-lee Klein at 6:00 AM