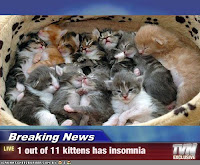 Not sleeping more than 3 or 4 hrs a night (with sleeping pills) is taking its toll but I'm pressing on to stay productive. I've been dealing with sleep issues for 10 years so it's really nothing new, just a little worse than usual right now. Recently I've been trying to set a goal every day since that at least makes me feel productive. My goal for today is to get to 60k on my cowboys - 2300 written so far and 300 to go and Christian Kane's drawling away on iTunes, offering his usual inspiration. ;)Happy Insomniac Thursday. ;/

In the good news department, I received a really awesome 5/5 star review for Domestic Relations a couple weeks ago that I thought I'd share. DR hasn't gotten many reviews yet so this one made my day. :) And I swear I don't often post the entire review but today, I'm going to make an exception because it makes me smile and sleepy smiles are always a good thing.

Review Summary: Running from the past is never easy, particularly when it means you may lose the one thing you value most–the love of your life. Blurb: Life has thrown a lot at Riley, most of it bad. But Riley is nothing if not stubborn, and though it left scars, he’s managed to break free of the worst of his life. Not all of his problems are gone, but life is certainly better than it’s ever been. Most of that is due to his boyfriend Josh, the best thing that life has given him, and Riley will do anything to keep hold of him.
But when past and present collide, and the problems become too much for Riley to contain or control, Josh is the very thing he stands most to lose …
Review: Sometimes we start down a path and realize that finishing the course of it may very well lose us the very things we set out to save. Riley has a terrible secret and his partner Josh knows that something is causing his lover’s life to unravel but can only hope that somehow Riley will trust him enough to come clean.
While Josh suspects everything from an affair to the possibility of Riley leaving him outright, he tenaciously hangs on and weathers the worst storm of their six year relationship. With Josh’s amazing support, Riley is finally able to put his nightmare of a past behind him and fully confess to Josh all the secrets that have become the nightmare he is living.
Domestic Relations is the story of two up and coming hotshot lawyers, who also happen to be best friends and lovers. At the onset, there is an obvious tension that pervades their lives and it is all due to the secrets Riley has been keeping from Josh.
K-lee Klein once again proves herself to be the queen in writing love stories that are not only grounded in reality but so well done that you automatically want to reach for her next novel without hesitation. This author has the uncanny gift of making fiction come alive, writing story lines that are plausible, and creating characters that are real, living, breathing people on the page.
As I followed the turmoil that Riley’s decisions and secrets produced in both himself and Josh, I was once more swept up into the fictional lives of two men who more than once stole my heart and made me gnash my teeth in frustration. I clutched my kindle in despair when it seemed that this relationship was doomed and sighed with relief when Josh (who I secretly want to marry) gave Riley yet one more chance to confess and bring their partnership back on track.
This is the tell-tell sign of excellent writing–that it grabs us up and hurls us unflinchingly into the story and carries us along to the last words on the page. Oh dear reader–this one is a keeper!
But of course, the choice is, as always, yours to make. Surely you need just a bit more drama in your life? Well, if that is the case then I highly recommend Domestic Relations by K-Lee Klein to you.
~*~*~
I was completely flattered and a more than a little flabbergasted but damn, it felt awesome. 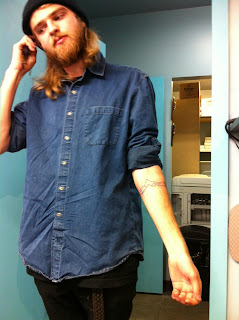 Last week I took baby boy (baby boy who just turned 20) for his first tattoo. ;) He got seismic lines (basically that's what it is) from the Joy Division album Unknown Pleasures. Looks pretty cool for his first one.
Wonder if he'll get addicted like his mama. (<-- see right there -that word, mama, I don't use that word. Been writing cowboys way too long I think - and I have a different cowboy story up next) 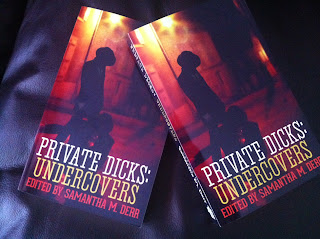 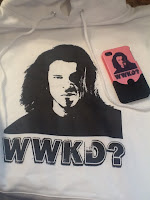 I also received a couple of things in the mail over the past week - first my copies of Private Dicks: Undercovers. Yays. I'm still in love with my P.I. & the Rockstar story. Cover's beautiful, right?
Yesterday I got my WWKD sweatshirt and iPhone cover delivered. Awesome! (What Would Kane Do)


Since people are starting to think about Christmas - I offer up Santa Eliot (season 3) for you shopping ideas. I think he'll have a long line-up to sit on his lap. 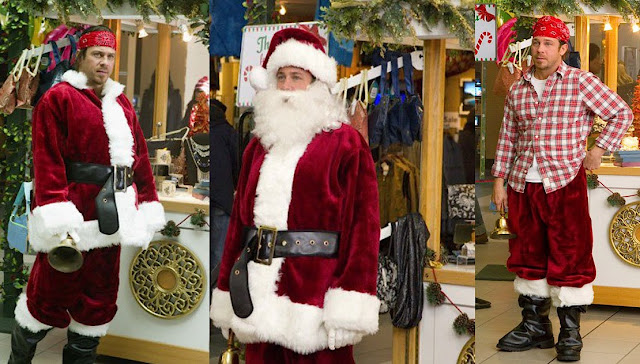 Finally, some beautiful inspiration. Love the scruff and shadows in this picture. 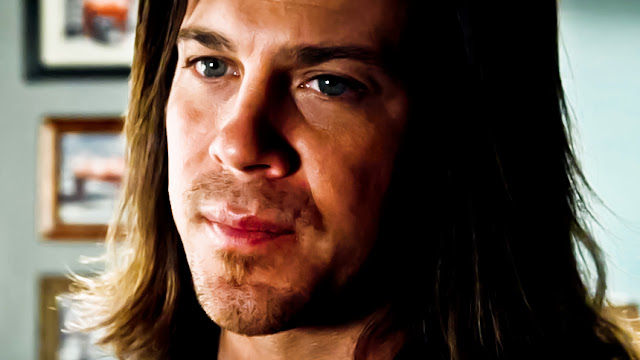 MUSIC: One of the Christian Kane songs that tends to go on a loop a lot during the day when I'm writing. The song doesn't really go that well with the video but there's some nice Eliot (Christian) clips. And yeah, I love love songs when I'm writing. :)

This one is Making Circles - more Leverage clips and some others. The sigh at the end kills me. :)