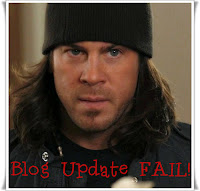 <--- Yeah, what he said? Can't believe it's almost a month since I've updated but it seems like the longer I leave it the bigger the issue of updating gets in my head. It ends up being this really overwhelming thing that it totally shouldn't be. It's just an issue I have that I obviously need to work on.

*takes deep breath* Okay. Hey! How you doing? I'm back and hopefully will stay that way. Actually I'm pretty sure there will be a lot of action on this blog once December rolls around since I have something up my proverbial sleeve. But I won't share that just yet. 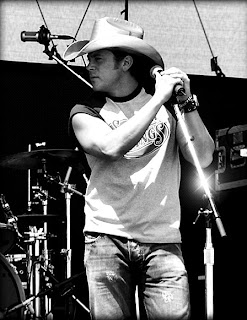 I hope everyone had a good U.S. Thanksgiving - I say that because I'm Canadian and ours was way back in October. I've been busying writing - yay - and my accomplishment for the month, other than staying reasonably sane, is that I finished my NaNoWriMo ten days early. I worked my ass off and if you know anything about me, you know I'm not all that disciplined with my writing, but this month I even amazed myself. The story I worked on is the sequel to Finally Home - my first pubbed story that's almost one year old - and at the moment it's sitting at 56,000 words and still not finished. I'm enjoying my cowboys and they're turned me back to the only country singer I really like because they insist we listen to him over and over and over. Lol. Some days I have one song on loop for the whole day but it fuels my writing. Another big help has been doing writing sprints with some people on Facebook. It's awesome motivation and support. 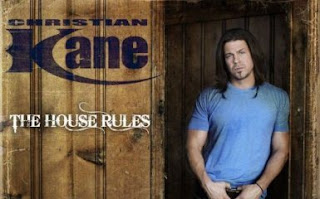 But back to the only country singer I like - the fabulous Christian Kane. He's also the awesome Eliot Spencer on the show Leverage and if you haven't watched yet, you just have to. It's such a great show - drama, humour, Christian (I mean Eliot)  hitting people. Lol. Yeah, at the moment Christian and Eliot are my big addiction/obsessions. I always have one, an obsession I mean, whether it lasts a month or a year. But as I tell my family, it's not hurting anyone and if it gives me inspiration and feeds my muse (my cowboy muse at the moment) it's all good.

So you're going to get a little pic spam at the bottom of this post and maybe even a little video of Christian doing his thing. (EDIT - I'm doing a separate post because I just have too many damn pics I want to post.) Christian isn't a new love though. He was on the show Angel as Lindsey McDonald and that's when I discovered his music as well. I've been an official Kaniac for some time now. :) (Oh and yeah, Christian cut his hair this season but he's the same amount of beautiful - hair or not)

In other news, I have a new release coming out on December 16 from MLR Press - the sequel to Countdown to Daddies which is called Countdown to Santa. Gabe, Matteo and the twins are back and hopefully everyone who liked the first story will like this one too. It's longer and a little angsty but you know I always have to have my HEA. I finished the galley proofs on the weekend and the cover is almost done too. Once I have it in my hot little hands - or in my email - I'll post a pic.

I have a ton of other stories on my plate at the moment too. You can see them all on the right side of the page - over there --> but I'm really trying to get Josiah and Wyatt done before I dig into the rest again. I've never been able to focus on just one story for so long before so I'm just going with it. I actually have another country story in the works for a submission call and there is heavy inspiration from my current obsession in that one. Good old country boy, you know. 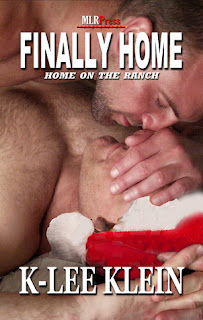 The two stories have something in common too - that being a very strong mama figure. Here's a little scene between Wyatt and his mama from Home on the Ranch 2 (which still has no title by the way - I'm wondering if since the first one was called Finally Home but didn't use the series name in the title, maybe I can just call this one Home on the Ranch). Anyhow, if you read Finally Home you met Wyatt's mama who is a very strong woman and she's just as strong and awesome, in my opinion, in this one.

Wyatt stepped out of the barn just in time to see Josiah's truck slip and slide up the driveway and away from the house. Taking his cowboy hat off, he stroked a hand through his hair and gnawed his bottom lip between his teeth, sucking a little on the cut that had been stinging all morning. Just where in the hell was Josiah going in such a hurry at eight in the morning? He racked his brain for an explanation that might have slipped his mind but came up empty. He'd just headed back to the barn when the sound of another vehicle caught his attention. He turned, smile turning to a frown when he saw it wasn't Josiah's truck this time. Crossing the distance to the old Jeep Cherokee , he opened the driver's door and reached out a hand to help his mama out.

"Well that was the most unwelcoming look I've ever been greeted with." Nonetheless, she smiled as Wyatt leaned down to kiss her cheek. "If that's the kind of mood you're in then it's no wonder I just saw Josiah hightailing it out of here."

"Good morning, Mama, and I'd say my mood is directly related to the man you just saw spinning his wheels to get away from me." He paused, rubbing his gloved hands together and walking side-by-side to the house with his mama. "Kinda early in the morning for a visit, isn't it?" 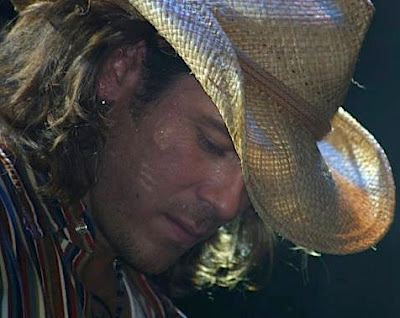 Flora Aames stopped mid-step, hands on her parked hips. "Nathaniel Wyatt Aames." As soon as she used his full name, Wyatt knew he was a goner. "Is that how I raised you, young man?" Oh hell, he was getting the full name and young man treatment.

He hung his head and took her arm, leading her to the warmth of the house. "No, ma'am. I apologize. Why don't we go have a cup of coffee and you can enlighten me with more of the ways I've gone astray."

Wyatt shook his head and gave his mama a little hip bump. She was so freaking cool.

Okay. I promise to be back soon. I leave you with a classic Eliot Spencer quote. My Christian Kane pic spam post will follow this one if you're interested. ;) 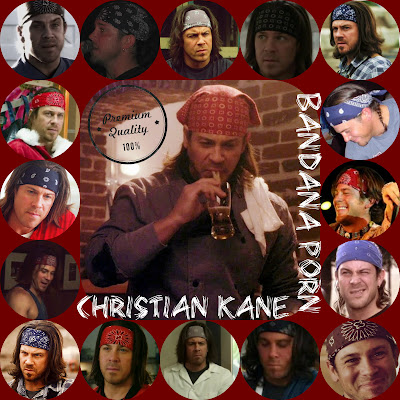 Found this on Tumblr - perfect.