My guest today became my self-appointed mentor at Gay Rom Lit. I snagged him on the boat cruise and made him talk to me for over an hour. J  J.P. Bowie is as wonderful in person as his characters are in his books. He has two new releases at the moment, Christmas Wishes that came out November 30, and He Ain’t Heavy that came out shortly after – both from MLR Press.

Welcome, JP. I promise not to fangirl over you like I did at Gay Rom Lit but I am still waiting for that Warrior Prince t-shirt you promised me. (I made that up but we’ll see if he takes the bait – gosh I love that book) J.P. also wanted me to include his pic – so here it is. -->

I wrote my first ‘novel’ at age 14 - it was a direct pinch from Edgar Rice Burroughs - except with men who loved men - so it was always there I guess. Later I tried my hand at some mystery a la Agatha Christie, again with gay characters. None of these I ever sent to a publisher, just as well really - they’d have been scandalized no doubt. My first published work was A Portrait of Phillip - not really m/m, more gay fiction with romance - the rewrite recently released by MLR Press is much more in the m/m genre, as are all my more recent novels.

Armistead Maupin who wrote Tales of the City - not really an m/m writer but one who knows how to weave interesting stories with flesh and blood characters was a big influence on me. I hope I’ve been imbued with some of those same traits as a result. Characterization is hugely important in any story, and I think, especially in m/m romance. I don’t want my stories to be one sexcapade after another. That can get boring, after a while. The plot and the characters have to be interesting in any story I write - or read - or my mind strays to what I have to make my partner Phil for dinner!

I have a tendency to write myself into a corner, then have to find a way out of the pickle I’ve created for myself. Sometimes it works, other times it’s the delete button being struck quite forcibly and a lot of curse words emanating from the den. I envy the writers who know exactly where the story is going from page one - not me - flying by the seat of my pants is more my style - did I just hear muttering of “You’re telling me!”?

My first book - A Portrait of Phillip - because although far from perfect, it made me realize I could actually do this!

5.     Tell us a little about your Christmas story and your new release. Are either part of a series or are they stand-alones?

Christmas Wishes is set in England in 1922 and tells of two Oxford professors in love having to deal with spending their first Christmas together - apart - if you catch my drift. Both have family commitments, but somehow Fate intervenes, as it so often will, to remedy the situation.

He Ain’t Heavy couldn’t be more different, although again it’s about love and the twists of Fate. Two brothers, best friends and business partners find that secrets their parents had been keeping from them all their lives come to light in a brutal fashion. Murder exposes a brother they never knew existed, a man without a conscience who is out to destroy them, but not before he reveals to them something that will not only change their lives forever, but also make them come to terms with the feelings for one another they have suppressed for years.


6.     Do you have any writing quirks? (ie computer has to be facing a certain way, cup of coffee on the left, certain music playing, etc)

Not really, but I do like peace and quiet. Some light classical music or instrumental jazz is okay - no lyrics because I start listening to the words. 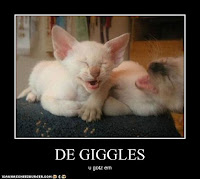 8.     I heard a rumor that some readers were sure you were a woman because of your writing style. What exactly did they say your style was and do you think it matters if the writer of a m/m romance if male or female?

One reviewer referred to me as Ms. Bowie. It was a good review so I thanked her and pointed out the JP stood for James Peter. My friend Carol Lynne before we became better acquainted thought I was female because my writing was ‘so romantic’.  Well, I am a romantic, can’t help it, sorry. It’s all about love, after all. No, it doesn’t matter if the writer is male or female as long as the story is good and the lovin’ is hot!

I’ve just submitted Book 7 of My Vampire and I for approval and I’ve started a new Nick Fallon Investigation - no title yet - oh, and MLR is assessing A Self Portrait, a rewrite of the 4th in the Portrait series.

J.P. has generously offered 4 separate prizes to commenters. One copy each of Christmas Wishes, He Ain’t Heavy, plus 2 of his backlist titles, A Special Christmas and A Present Christmas. Random.org will be busy drawing 4 numbers this time – prizes awarded in the order listed (or something like that :P).

PLEASE BE SURE TO LEAVE YOUR NAME AND EMAIL ADDRESS IN YOUR COMMENT.

CONTEST WILL BE OPEN UNTIL MONDAY, DECEMBER 19.

Be sure to check out J.P.’s website for information on how to buy all his fabulous books, J.P. Bowie