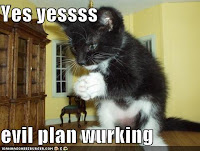 Thanks so much to everyone that's commented on my blog this week. I think the interviews are going well and I've still got another week of them to share with you. But first since I've got you here under the false pretence of giving you an author schedule - bwahahahahah - I have to do a little pimping of my own (more to come I'm sure).

My first published work comes out December 27 from MLR Press and I have to say I'm pretty proud of it. I fell in instant love with the Josiah in my head and his situation, not to mention that big old heart that he tries so hard to hide. Wyatt is very different from Josiah - his heart is wide open and ready for business and I really love that about him too. For any of you who've read my free story Outfoxed, you'll find this is a very different read. I'd never written a cowboy story before and though it's more of an emotional ride than one on horseback, I hope you all enjoy it.

I'll give you guys the schedule first and then if you want a little taste of Finally Home, there's an excerpt at the bottom of the page. ☺ 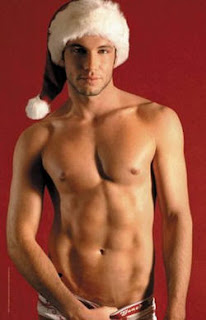 (schedule is not set in stone - and is dependant on author's availability to appear in my studio or you know, send me their interview :P)

When his father’s funeral brings Josiah Nelson back to his childhood home during the Christmas holidays, he’s determined to sell the ranch and bury his past. But when Wyatt Aames rekindles a fire in Josiah’s lonely soul, he realizes that home isn’t the house you grew up in, it’s where your heart belongs. 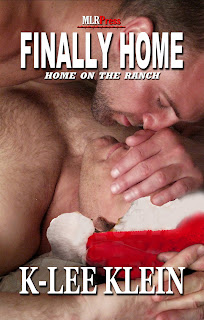 Josiah flicked the cowboy hat from Wyatt’s head, one hand sinking into the brown curls he’d wanted to touch for so long. His hair was thicker than Josiah would have thought, thick but still soft and sensual as it slid through his fingers. In Josiah’s mind it was the most intimate of gestures, touching someone else’s hair, playing with it, tugging it as passion soared. The kiss went on and on, lips moving, tongues exploring until both men were breathless and had to pull away. Josiah nervously ducked his head only to have it lifted again by one calloused thumb, his eyes meeting Wyatt’s.

“Do you know how long I’ve wanted to be with you like this?”


Josiah couldn’t contain the excitement that longed to shoot out of him, the urge to whoop and holler and turn into a raving idiot right before Wyatt’s eyes. He was achingly aware of his thighs pressing tight against Wyatt’s, his cock hard and lusting beneath his jeans as he let one corner of his mouth curl up in a sexy smirk, eyes never leaving Wyatt’s. “You kissed me last night.”

“You know that’s not what I’m talking about,” Wyatt growled, leaning in and nipping at Josiah’s bottom lip. “I’ve missed you so much.”

“So you said in your letter.”

Josiah loved the red blotches that appeared on Wyatt’s cheeks. How could such a perfect man be embarrassed about anything, especially something that had made someone else so happy and hopeful? That was the first time he’d admitted that to himself—that Wyatt’s letter had touched something deep inside him. It scared the crap out of him.

“What?” Josiah concentrated his thoughts back to the man beneath him.

“The letter,” Wyatt said. “It was kinda girly.”

Josiah shook his head but the smile on his lips must have been a dead give-away. “Well, maybe a little.” He leaned back to grip the bottom of Wyatt’s t-shirt, pulling it up and over Wyatt’s head and tossing it to the side.

Wyatt burst out laughing, startling Josiah and almost sending him ass over tea kettle to the floor. The cowboy managed to grab on just in time to pull him back into his arms. Then their mouths were attached again, something more primal and raw this time.

Josiah moved his body closer to Wyatt’s, stretching his feet to the floor, going up on his toes so he hovered over the cowboy, lips still firmly planted in place. His hands threaded through Wyatt’s hair again, fingers tracing and learning the shape of Wyatt’s skull. He shifted his hands lower to massage the back of Wyatt’s neck, slipping down his spine, inch by inch, knobby knot by knobby knot. He liked what he felt; bony vertebrae covered by skin as smooth as silk. He hoisted himself up further, one hand gripping the stool while the other slipped further down Wyatt’s back, fingers running down the smooth skin until they reached the crack in his ass.

Wyatt groaned into his mouth, hands cupping Josiah’s ass, fingertips rubbing and kneading the tight bottom beneath the jeans. They moaned in unison, bodies pressing closer together, mouths eating at each other as their tongues tangled for dominance.

“Holy hell, Josiah,” Wyatt whispered when he tore his lips away, breath coming in soft bursts, his chest heaving against Josiah. “Waited so long for this. I just wanna hang on and not let go.”

“Then don’t.” Josiah even surprised himself when the words in his head became a reality and he was saying them out loud to Wyatt, but this time he didn’t back off. He brought his forehead to Wyatt’s, leaning in close and rubbing his nose against his friend’s just as he’d done so many years before. He wanted this. He’d always wanted this, and by Christ if it was a dream he just hoped he never woke up. He felt a hand move from his ass, sliding up his belly and stopping to play with a taut nipple. He gasped and arched his back.

Wyatt’s smile was bright, his eyes even brighter as his hands moved up and cupped the sides of Josiah’s face. “Do you mean that? Really?”

Josiah loved that smile, half-crooked but all sexy, one dimple appearing in the center of his left cheek when he was happy or excited. He licked over Wyatt’s lips, taking his time to taste everything that was his friend’s… dare he say his lover’s essence? He thrust his hips forward, cock straining against his jeans as it brushed against Wyatt’s metal belt buckle. He was already leaking, the material of his boxers’ sticking to his wet tip and making the tightness of his pants even more unbearable.

“I—” He didn’t get the rest of his words out as the barn door creaked open filling the room with more light.