Welcome to my third post for the Hop Against Homophobia, Bi- & Transphobia 2015. One of my favourite things to post on my blog has always been interviews and today I have a special one. It's no secret that I have an extensive gay film collection and am a huge fangirl when it comes to these movies so I'm very excited to welcome Jared Allman to my blog. 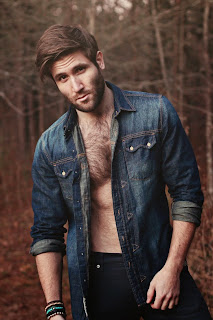 ~Hey, Jared, welcome to Chaos in the Moonlight & the Hop Against Homophobia, Bi- & Transphobia. I really appreciate you stopping by. Congratulations on your Best Supporting Actor win at the TLA Gaybies. How awesome is it that More Scenes From a Gay Marriage won 4 awards?

It's pretty incredible to think that the film and my friends/actors swept the awards when you think about all the notable talent that was also nominated. I was both surprised and humbled to have won. To be honest I did not expect it.

~Would you mind telling us a little about yourself? Do you have any siblings? Pets? Did you sit in the front row of your school classroom or did you prefer the back? Were you into sports or drama or band? Basically anything you'd like to offer up would be awesome.

I do have siblings. I've got 3 brothers and one sister. No pets. Def a back of the room kinda guy in every way. I like to go unnoticed. Haha, that’s the shy boy in me.

~As I've explained a little above, the hop is working in conjunction with the International Day Against Homophobia to spread the word about hope for a prejudice-free world—specifically regarding homophobia & transphobia. How did homophobia affect you in your younger years? I understand you came from a religious family, did that affect how or when you came out?

Coming out for me was a challenge and something that haunted me for most of my youth. I was terrified of being rejected by my family and being truly alone in the world. I got called “fag” and “gay” pretty regularly in high school. Because it was obvious I wasn’t interested in girls. Becoming aware of yourself is a task and loving yourself when you feel alone and misunderstood is even harder. 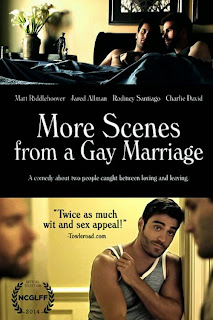 Having grownup Mormon and in the South, I used to pray every day to have a desire and attraction to women. I just wanted to be like everyone else and not be different. Well, that prayer went unanswered or was it answered? I don’t mean to quote Garth Brooks, but it certainly fits in this context…“I think some of God's greatest gifts are unanswered prayers” and I thank God for that unanswered prayer. He made me just the way he intended.

~I think you already know I'm a big fangirl for your movies, Jared. I adore Scenes From a Gay Marriage and More…" How did you get into acting? And your more recent accomplishment - modeling? Congratulations, by the way.

Well I have been acting/modeling for probably about ten years or so. It was always a hobby I enjoyed. Intially, I liked it because I could be someone else. I hated myself. I hated living a lie. I hated not being honest with myself and my family. I hated feeling dirty and unworthly of love. And if I was acting I didn’t have to be myself.

~I'm a sucker for a Happily Ever After ending in the movies I watch and in my books. That's one of the things I really like about your films. They take a more light-hearted approach to life. There's been a trend toward sad endings in a lot of gay films and I've read articles about the importance of dealing with reality in the gay community. Don't get me wrong, one of the most powerful films I've seen recently (& with a box of Kleenex at my side) was The Normal Heart. Do you believe both ends of the spectrum are important to portray and if so, why?

I love a good happy ending too. But the older I get, I realize that true happy endings are just a fairytale, and it's up to us to grow and learn from the disappointments that is life on many levels. I think Leonard Nimoy said it best when he said, “A life is like a garden. Perfect moments can be had, but not preserved, except in memory.” So I think that both endings offer a version of the truth. We all want the fairytale. I want the fairytale. J But reality is that tragedy is very much the end. And for us to learn from history, sadly, we have to be reminded or we forget and make the same mistakes that end in the same way.

~Does homophobia still affect you in your day-to-day life or your chosen profession? Do you think society has changed its attitude over the years? Is acceptance more common now?

I don’t deal with it in my day-to-day life.  Luckily, my profession is pretty open and accepting. In the artistic world differences are celebrated not shunned. But I think the overall climate is changing.  People are much more accepting because people are living more honest lives. I'd say that nowadays everyone has someone that is LGBT in their family. It's hard to hate when it's yours. Love usually wins.

~I live in Calgary, Alberta and over the past few years more mentoring programs for gay teens have sprung up in the city. Have you ever been involved in mentoring, either for yourself or as a mentor? Do you think these programs are a good step toward helping the youth of today?

I can't say I have been involved directly as either, but any time I can speak and make a difference I do. Whether it goes noticed or unnoticed. I think those programs are vital especially in the rural communities that are off the beaten path. 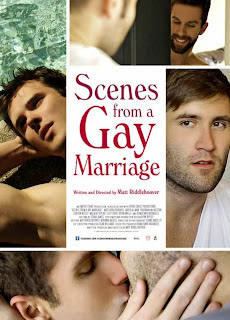 ~I believe it's important to speak about homophobia in a positive way since the more people that read, hear or see, and become aware of the cause, the better chance one day we won't need days like The International Day Against Homophobia anymore. Do you have any words of wisdom or just plain words to offer on the subject of homophobia? Anything you'd like to say to young men who haven't come out yet or are struggling with doing so?

I think coming out is your own story to tell. I think it should be respected and no one should pressure you or take that away from you. In many ways I would compare it to running a successful Presidential campaign. First you have to decide you want to be president and come to terms with it yourself. Then you have to build a team of supporters—your close family and friends—before you can start winning over key states—be open to the world. And now you're not alone. Reach out to someone you look up to. Someone you admire. Tell them you feel alone and ask them for help. I can nearly promise with 100 percent certainty that they won't let you go through it alone.

~Now, before I let you off the hook, I like to do a little game with my guests at the end of an interview. Here we go.

Thanks so much for stopping by. I look forward to seeing more of you on the silver screen. 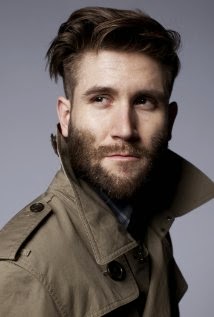 Jared Allman's easy, Southern charm and killer, good looks are just two of the reasons his film career continues to rise. A favorite of indie director, Matt Riddlehoover, Allman has garnered acclaim with leading roles in the filmmaker's recent titles, West Hollywood Motel, Scenes from a Gay Marriage, and the sequel More Scenes From a Gay Marriage - all of which played to rave reviews on the film festival circuit. (EDIT - Jared won Best Supporting Actor for More Scenes...) Allman has rounded out 2014 co-starring in the feature film, Les Wolf (renamed Dark Moon Rising), and the upcoming short film, King Simon, from director Richard Norman.

In the TV world, Allman has appeared in several country music videos and docu-series on the Travel Channel and Disney Channel. He made his biggest small-screen splash as a key player in season two of the Sundance Channel's reality series, Girls Who Like Boys Who Like Boys: Nashville -- the highest-rated original series in the network's history.

Allman relocated to Atlanta in 2012 following a year-long stint working at WME's office in Nashville. An East Tennessee native, Allman is also in the final stages of turning his unique life story into a memoir, Kinda Good at Everything: Growing Up Southern, Mormon, and Gay.

Thanks for joining Jared and I, everyone. My giveaways are still up for grabs so check out the Rafflecopter instructions and leave me a comment if you're so inclined.