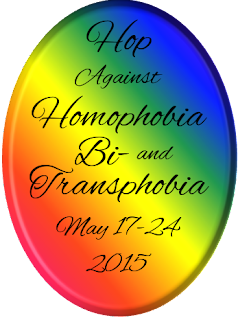 Hi y'all. Welcome to the Hop Against Homophobia, Bi- & Transphobia. Thanks for hopping along with us. Today is the International Day Against Homophobia & Transphobia http://dayagainsthomophobia.org/and this is our fourth year participating.
This will be the main post for my blog, but to be perfectly honest, I'm not prepared. So rather than trying to use my own brain, I thought I'd share a favorite author, poet and playwright of mine whose story is applicable to the cause we've all come together to promote awareness for.
Oscar Wilde was a man living far beyond his period in time. He was born in 1856 in Dublin, Ireland, and the way he lived and died have made him infamous throughout the world. Many people know Wilde for his novel, The Picture of Dorian Gray, and the various plays and movies that have been made about it. One of the more well-known films in recent years was Wilde starring the fabulous Stephen Fry. If you haven't seen it, check it out. 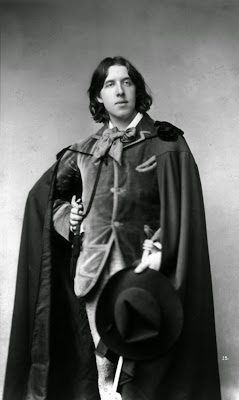 In 1891, homosexuality was classified as a crime in England. Wilde had been having an affair with Lord Alfred Douglas, the son of a marquee. The young man's father accused Wilde of being  a homosexual and Wilde in turn sued him for libel. His suit didn't go well, and the accusations snowballed until Wilde was arrested then judged guilty on the charges of gross indecency and sodomy. He was sentenced to two years imprisonment with hard labour.
Prison was the beginning to the end for Wilde and after being transferred from one prison to another, he wrote this:
From two o'clock till half past two on that day I had to stand on the centre platform at Clapham Junction in convict dress and handcuffed, for the world to look at.... Of all possible objects I was the most grotesque. When people saw me they laughed. Each train as it came in swelled the audience. Nothing could exceed their amusement.... For half an hour I stood there in the grey November rain surrounded by a jeering mob.
Wilde was released from prison in 1897. He moved to France and rekindled his relationship with Douglas, and wrote what to me is one of his most powerful poems about his time in prison, The Ballad of Reading Gaol. Once released, his health deteriorated rapidly and he eventually died from cerebral meningitis at the age of forty-six. I think he would have been appreciated for his talent and uniquenss if he was alive today, plus he was always ahead of his time in his fashion sense, too.
His remains were moved in 1909 to Père Lachaise in Paris where a large winged stone figure adorns his grave, inscribed with lines from The Ballad of Reading Gaol:
And alien tears will fill for him
Pity's long broken urn.
For his mourners will be outcast men,
And outcasts always mourn. 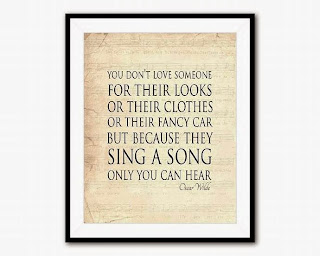 I guess my reason in sharing this is the fact that as far-fetched, disgusting, and barbaric Wilde's treatment was both in and out of prison, the thing to consider is that there are countries around the world who still create just as much chaos, pain and sometimes death for homosexuals. We see the news reports, read the articles, yet those things seem so far removed from the world we live in.


One of the goals of the HAHAT is to promote and spread this sort of awareness in any way we can. So when you're reading, listening, or seeing things that you love, there's always an opportunity to reach back into history to see what's applicable today. In closing I'm going to add a few links to some of my fave Wilde works.
The Ballad of Reading Gaol - http://www.neuroticpoets.com/wilde/poem/gaol/
A Picture of Dorian Gray (1890)
The Canterbury Ghost (1887) - http://www.eastoftheweb.com/short-stories/UBooks/CanGho.shtml#2
Flower of Love - http://www.literaturecollection.com/a/wilde/350/
Les Ballons 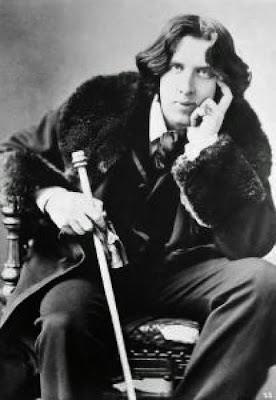 Against these turbid turquoise skies
The light and luminous balloons
Dip and drift like satin moons
Drift like silken butterflies;
Reel with every windy gust,
Rise and reel like dancing girls,
Float like strange transparent pearls,
Fall and float like silver dust.
Now to the low leaves they cling,
Each with coy fantastic pose,
Each a petal of a rose
Straining at a gossamer string.
Then to the tall trees they climb,
Like thin globes of amethyst,
Wandering opals keeping tryst
With the rubies of the lime.


"I have nothing to declare except my genius."