Less Than Three Press is turning four years old! To commemorate the anniversary, we're having a bloghop called "The Way to Your Heart" from April 1-14.  Each blogger's "assignment" is to talk about the things that mean the most to them, things that make their hearts soar or even soar, in a good way of course.

The masterpost with all the awesome participants is HERE IT IS AT LT3  and many are offering shiny giveaways. So sit back and read what makes my heart do little flip-flops then go check out all the others. 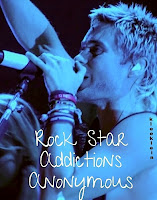 This is my second post for the anniversary. I'll be giving away one $20 gift certificate to All Romance Ebooks, plus ebooks from my backlist. If I do three posts that would mean I give away the gift certificate plus 2 books, four posts would be the gift certificate plus 3 books - you get the idea. Every time you comment on a post, your name will go in the overall bucket so comment on two posts = two chances, three posts = three chances - again, I think you get the picture. Now on to the good bits. (beware - you will have to view a couple old pictures of me :P) 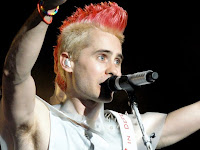 I was able to indulge in one of the things that makes me very happy this week. I went to a Bon Jovi concert - yays! Bon Jovi makes me exceptionally happy but it's the concert experience I want to talk about. I'm the sort of person who likes to be alone - I'm a content hermit in that way. I raised a family, did a ton of volunteering, sporting events, and other activities. I've done the dutiful wife thing at parties where I was uncomfortable as f*** and just wanted to crawl into a corner and die because I really had nothing to contribute to any of the conversations, and frankly didn't care.

So because of those things I decided I deserved my hermitism. My day is spent by myself (and my cats) with evenings having my husband or son kicking around some of the time. I go for coffee occasionally and the odd movie I think I can sit through because of my claustrophobia, dislike of crowds, and my attention span for not being able to do only one thing at a time - not a good scene. 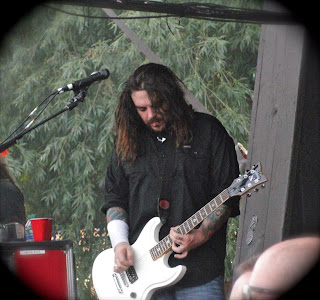 Other than that (and the quiet corner of a cruise ship or traveling Europe on one), home is where I like to be, EXCEPT - I can stand in the middle of a moshpit of rocker wannabes, hanging onto the barricade at the front of the stage and be in perfect comfort and complete bliss.

Concerts. That's what I'm talking about. Whether I go alone or with someone I know or meet people from across North America to hook up with there - it's always an awesome experience for me. My iTunes is a smorgasbord of diverse music from my fave 80's hairbands to Christian Kane (country) to punk, pop, rock, metal - you name it it's on there - even some classical. So obviously music is a very important part of my life and live music is one of those things that completely brings me out of my head and into the moment - into THAT moment. 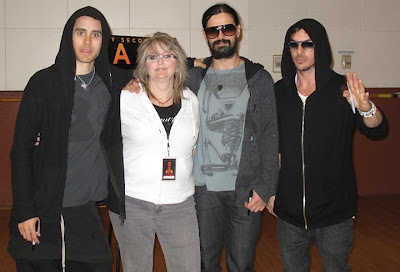 I've gone to some extremes for the music and bands I love. I followed 30 Seconds to Mars around Canada and the U.S. for somewhere in the range of 14 gigs - planes, trains and automobiles, hotels, no sleep, eating at 2 in the morning only to have to get on a plane at 8 am for the next show, paying extra to meet and have pictures with the band. I even traveled to Hollywood to take part in the Summit where none of us had a clue what we were doing until Jared came on stage and said we were becoming part of their recording process and there we were with Jared F*cking Leto teaching us how to sing back up for 30 Seconds to Mars album This Is War. 2000/10 was awesome. And I have 200 album covers with my face on them to prove it. ;) 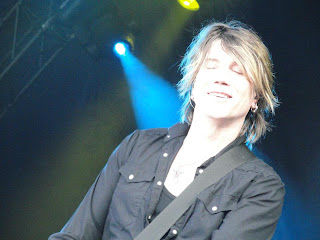 I've traveled for the Red Hot Chili Peppers, Bon Jovi and Seether. I've stood in the pouring rain for the Goo Goo Dolls, Great Big Sea, Hedley, and Three Days Grace, been sunburned for all those ones too I imagine, and more. Over the past year I've been to almost 10 gigs, crutches be damned. Lol.

There's just something about hearing a band you love tuning up and getting ready to roll out on stage. Whether it's a small venue or bar or the damn 20,000 seat Calgary Saddledome, it's magical in my eyes and head.

I can be the most nervous, uncomfortable person in social situations (but I have a great game face so generally nobody even knows it) but put me in a crowded space with people screaming and swooning and dancing, and I'm in a world I never want to leave. 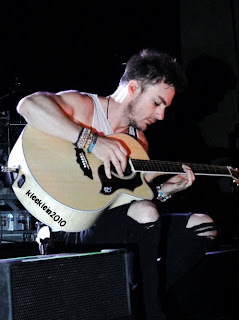 It's about the excitement in the air, the anticipation, the noise, the guitars, the drums, the keyboards, the acoustic solos, the belting out and crooning of voices.

It's about half-naked men strutting around on stage (if you're lucky), jumping, spinning, bobbing and weaving, laughing through lyrics, screaming on the loud parts and whispering on the soft ones. 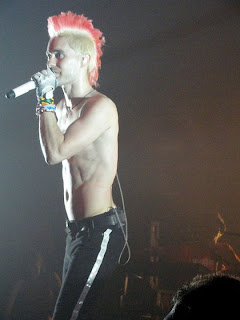 It's about being in the presence of great music whether it's in tune or exactly the same as the recorded version or not. It's about losing yourself in the experience, being a part it - making your own experiences and memories that will last a lifetime. 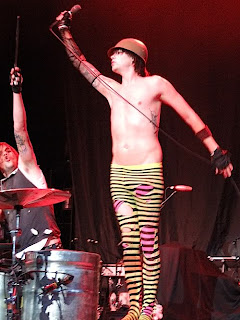 It's about not caring how you look or sound while you're singing your heart out, pumping your arms and dancing to your own beat (even with crutches).

It's about meeting people who are just as dumbass-crazy as you because you both are so in love with where you are, who you're with, what you're hearing, what you're seeing, and what you're feeling in that moment.

It's about buying the t-shirts and merch so you can take home a even a small part of the experience you just sweated your ass off, sang your heart out and smiled until your face wanted to crack.

It's about being in a moment - or many moments - you never want to end. 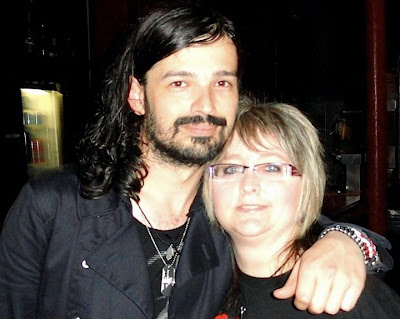 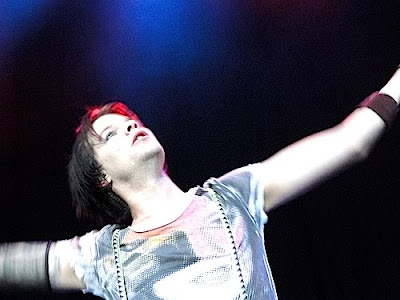 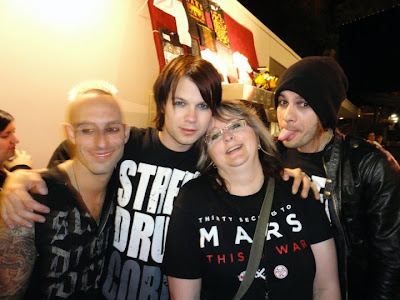 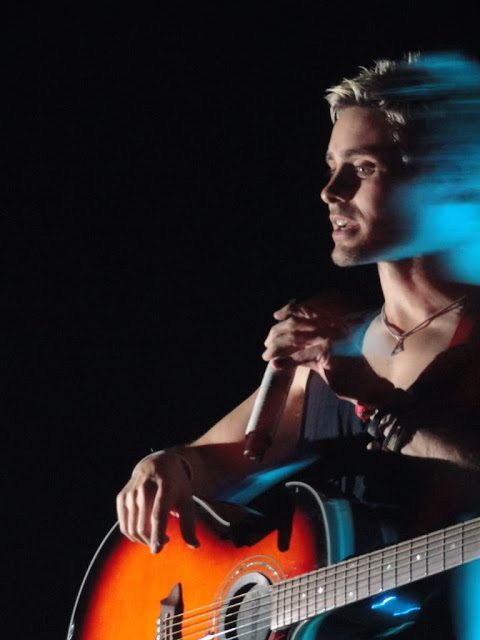 All pics are mine which is why this post is so 30 Seconds to Mars heavy
with a touch of Goo Goo Dolls, Seether, and Street Drum Corps.
Please excuse the pics of me - some are faves that I just happen to be in :)