A personal tribute to William Neale 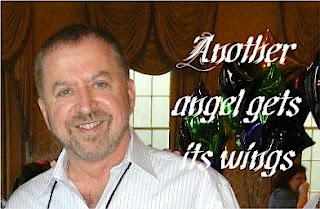 Have you ever met someone who made you feel at ease in a matter of moments when all you'd been feeling before was fear and trepidation? Someone with a soft, caring voice that snuck under your skin and made you not flee a nervous situation and run back to your room? William Neale was that person to me at GRL. He was the first person to welcome me to the MLR family and the first to actually look me in the eye and say "didn't I hear that you have a book coming out?"


I was home when I heard the news, a repair guy in the next room fixing the dryer as I burst into uncontrollable tears. He assumed it was just my knee giving me grief when he got me to sign off on what he'd done and I was still crying. My week went from weeping at the drop of a hat - not that unusual for me since I can have days like that anyhow, but this time Bill was always on my mind when it happened. My chastised myself (something I'm very good at) for acting fooling when in reality I only knew the man for 5 months and before that had barely known who he was. "There are people who loved him more, people who knew him much longer and you're just thinking about yourself" and yeah, I was thinking about myself. I was thinking how much I'd come to care about a man who made me feel welcome in a nerve-racking situation, a man who gave me not one but two of his books - the first when I met him in a room where he waited to introduce himself and sign some books, and the second near the end of GRL when he came up to me and said "I knew I had one squirrelled away". He handed me a copy of Home inscribed with the words, "Welcome to the family, K-lee. I hope you always have that special place you call home and if I can ever help in any way, I'm only an email away. Hugs Bill."

Bill and I stayed in touch after GRL, usually an email here and there, always encouraging and positive. I hassled him about doing an interview at Christmas for his new release and he complied like a trooper. He even wrote a sweet note to the winner when he send her the ebook she'd won. I also nagged him about joining the Hop Against Homophobia and he was bound and determined to do it even if it meant reopening his blog. Which he did - in a way I was so proud of him for. (Bill's books will still be given away for the Hop in his honour)

We'd been in emailing back and forth a lot over the past couple of months, resulting from me being nervous about signing up as an author for GRL2012 and him being his ever-supportive, humorous self. He mentored me through which things I should sign up for -

"Don't sell yourself short on the Q&A. Being there as a new author will appeal to a lot of readers who aspire to do the same thing. You have a point of view that more seasoned authors don't have. And it's a real simple, low pressure way to get used to the spotlight a little. You're sharing it with three others plus a moderator in front of the friendliest audience in the world so I think you should use the opportunity to get your name out a little. Just my limited opinion LOL."


When he found out I would have at least one print book for GRL, Bill told me his wallet was out and ready, but could I please not use one of those glittery pens because they hurt his masculinity (he did LOL after that too). We'd made plans for lunch, hatched schemes to shake our sig others in the event they decided to attend GRL with us, and were just generally happy to see each other again. Bill gave the best hugs and I was looking forward to getting some of his Southern-boy sugar. As I write this I'm still weeping a little but the grief is turning into bursts of thankfulness that I knew him and was able to get to know him a little. He was a truly gifted man in his writing, his personality and just his whole way of being alive. I miss him already and I'm sure there will be a few tears for him at GRL this year but at the same time, we'll all give thanks that his involvement in the event was monumental and he will truly be missed.

Just a couple of other things to do with Bill. The Romance Reviews has made its nominations for best books of 2011 and Bill's fabulous story, A New Normal, has been nominated in the GLBT Contemporary Romance category. There are a few of my dear friends nominated and names you might recognize more than William Neale but in my opinion it would be a great tribute to him if you'd consider voting for A New Normal and if not, at least give it a read. It's a wonderful story. Here's the blurb: 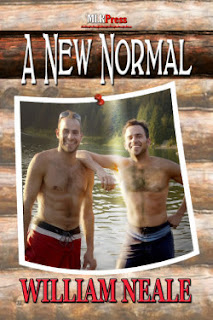 ~~Former Marine Corps Major Jake Vincenzo had a plan. He was convinced that his son Mark and his long-time best friend Cade were in love but just didn't know it. Forced for years to hide his own gayness, Jake had kept a secret getaway -- a remote mountain cabin -- where he now intended to play matchmaker for the two nineteen year-olds. What he didn't count on was falling in love with Cade. How will the three navigate the minefields of potential hurt, jealousy and even betrayal? How will father and son maintain their close relationship without viewing each other as rivals? And how will Cade reconcile falling in love with the two most important men in his life against the backdrop of a disapproving family? For each, it means redefining normal. It means finding a new normal.~~

This is the link to the nominations - you have to scroll down quite a bit to get to the GLBT Contemporary Romance category and you have to register to do so - very easy to do. Thanks for your consideration and I hope you'll pick up a William Neale book sometime in the future in his honour.

I borrowed this banner from MLR who did a wonderful write-up tribute to Bill. Click below the pic and it will take you there. I was going to post his obit as well, but since it makes me sad that Bill's partner, Marty, was not mentioned at all, you can read it on the MLR page if you want. Bill had also been working on book 4 of the Home series to be released in the spring - I'm not sure when that will be happening but I'm looking forward to one more book from my friend.


I failed to get a pic of myself with Bill at GRL - something I really regret - but I do have a fabulous one of him and JP Bowie I'd like to share. :) 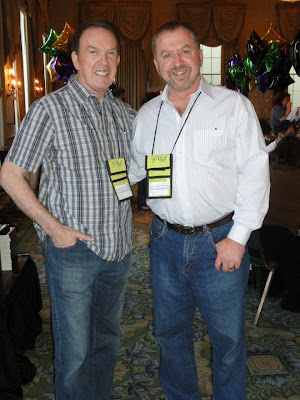 Finally, here is the main link for Bill's books and the bio from his website. There's no greater way to describe Bill's books than Happily-ever-after or feel-good stories. I think I cried more than once in every single one and that's something that tied me to him, as well, the emotional aspects of all his books.

~~William Neale lives in Cleveland, Ohio with his partner of over a decade. Relatively new to the world of contemporary m/m romance, he spent over thirty years as a successful corporate communications executive, ad man, and PR "spin doctor."

Knowing how to "make up the truth" prepared him well for his next career as an author. William makes no apologies for the fact that his books and characters are often larger than life. A William Neale novel invites you to a fantasy - to a place where you can dream and hope that indeed, happily-ever-after can and does exist.

Those who seek brutally "real," gritty, and angst-ridden life stories probably won't find them in a William Neale book. "That's okay," says Neale. "Not everybody wants or appreciates a feel-good story. As for me, reading has always been a wonderful escape from reality. Even as a child, I loved the fantasy of becoming Peter Pan, Huck Finn, or one of the Hardy Boys."

William greatly appreciates comments and suggestions from readers and promises to respond to all.~~

I miss you, my friend. 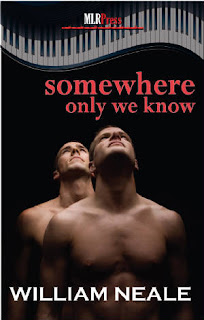