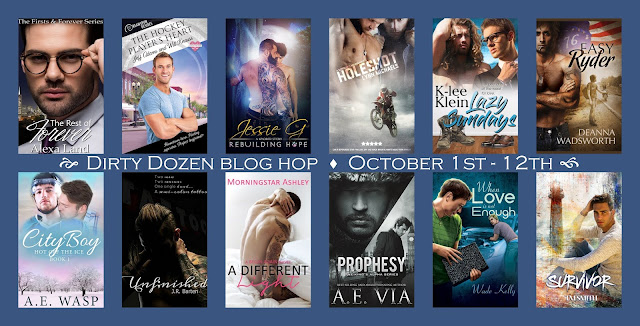 Today I'm welcoming T M Smith to the chaos. We're both involved with the Dirty Dozen Blog Hop and we've got a great giveaway! Make sure you enter the draw at the end of the post. Here we go...

Amy Wasp - What is your favorite trope to write and why? Menage. It's very detailed and engaging and requires the right balance to be believable. This challenges me as a writer and makes for a better story.

Jeff Adams - What’s your favorite part of the writing process and why? Getting to know the characters. I always have a vision of what they look like, sound like, their personalities. But they always evolve as I put them to paper. It's almost like raising children in the way they continually grow and develop over time.

TM Smith - What inspires you to write? An outlet for all the voices in my head.

AE Via - What career would you have if you never would've published your first book? Pharmacy I suppose.

Lynn Michaels - How do you balance being original and giving the readers what they expect/want? I do a lot of research for each book I write. I want to put an element of reality in all my stories, but I also want to weave in something different and unique to give the story an edge.

JR Barten - What have you done as a writer that you are most proud of?   Published my first book!

Morningstar Ashley - What genre and trope would you like you write that you haven't yet? I do have some concepts that are M/F romance that I want to complete at some point. 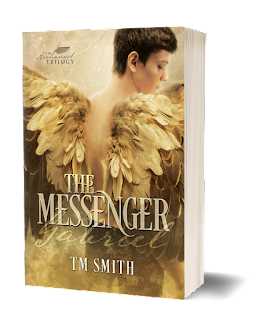 Alexa Land - What are you working on now, and when can your readers expect it? At the time this publishes The Messenger, book 1 in The Archangel trilogy, will be out. It's a love triangle between three angels that I've been working on for several years. It's a different kind of heaven and hell and I hope it's unique enough to pull readers into the world I've created.

Deanna Wadsworth - How do you come up with your character's names? I research names and meanings a lot and try to find a name for a specific character that fits their story.

K-lee Klein - Do you usually have only one project on the go or do you multitask between stories? Only one, it's hard enough to keep up with that much.

Jessie Gin - What do you think makes a good story? A book that pulls me in from the start and keeps my attention throughout. I like flawed imperfect characters, bad guys that are redeemable.

Wade Kelly - What is your suggestion or piece of advice to new and upcoming authors? Never entertain the negativity. There is always going to be someone that doesn't like your work and you have to be able to look at that and then let it go. Does it bother you? Do you feel less than as an author because someone wrote a negative or discouraging review? Yes, of course you do. But do not, I repeat, do not engage. Take stock in it, learn from it, evolve from it, but at the end of the day, you have to let it go. I have a close knit group of friends that are writers and we bounce our words and thoughts off of each other. It makes it easier to deal with the negative reviews and doesn't put me in the spotlight with readers for responding to one on Amazon or Goodreads directly.

A military brat born and raised at Ft. Benning Georgia; TM Smith is an avid reader, reviewer and writer. A Texas transplant, she now calls DFW her home. Most days she can be found curled up with a good book, or ticking away on her next novel.

Smith is a single mom of three disturbingly outspoken and decidedly different kids, one of which is Autistic. Besides her writing, she is passionate about Autism advocacy and LGBT rights. Because, seriously people, Love is Love! 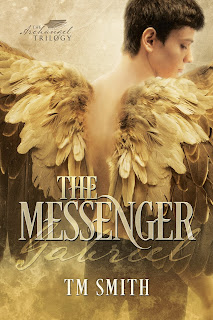 For centuries Gabriel, Michael, and Lucifer have worked together, coexisting in the same universe.  Gabriel chooses to remain silent and secluded, preferring the garden in the Hall of Souls. He dances beneath the tree of life, barefoot and with reckless abandon...until the day he looks into the eyes of another angel and sees the dreams he's kept silent mirrored there.

Eons have passed since the moment Michael came to be General of the All Father's army in Heaven, the protector of mankind. Michael has been in love with Lucifer for as long as he can remember, their relationship second only to his oath to All Father. But lately, Michael has begun to notice cracks in the surface of their bond, sensing that his lover is not as angelic as he seems.

Lucifer is the All Father's first creation, the bringer of light, his Morning Star. He sits to the right of the throne,  as he's done every day since the dawn of time. Two things were tasked to the archangels from the start.; put no other before the All Father, and protect the humans he cherishes. Lucifer challenges both sacred rules. He puts his love for Michael before his love for his creator, and he questions his creator's wisdom when it comes to the atrocities he has seen committed by mankind.

One will fall, while two remain and grow stronger. A battle of wills is on the horizon...Not only mankind, but the fate of all beings will hang in the balance.

a Rafflecopter giveaway
Posted by K-lee Klein at 7:00 AM