It's Release Day! And here's a 24 hour Tabby's Pride give-away

Greetings all. My life has pretty much run off the tracks between this blog tour, the Hop Against Homophobia & Transphobia (check out my post here
--> HAHAT & BENNY MORECOCK IN THE HOUSE), and my knee issues, but I can't forget release day, can I. I'm doing a twenty-four hour give-away just for this post so leave your name and email address, and you know I love comments too. :)

I've already received one review that made me very happy. 10/10 pots of gold from Rainbow Gold Reviews. Here's the link for the review. Check it out. :)

"From the beginning I wanted to know Levi’s secret, and I wanted to know right that second.  Yet she keeps you guessing, makes you work for it.  When Levi tries out for Lions Pride and comes face to face with Xan you know that instant that they have a past, a connection.  I loved the history they shared, it was sweet and heartbreaking at the same time.  It makes them comfortable with each other, yet Xan knows Levi is keeping something hidden."

And it included some beautiful fan art. 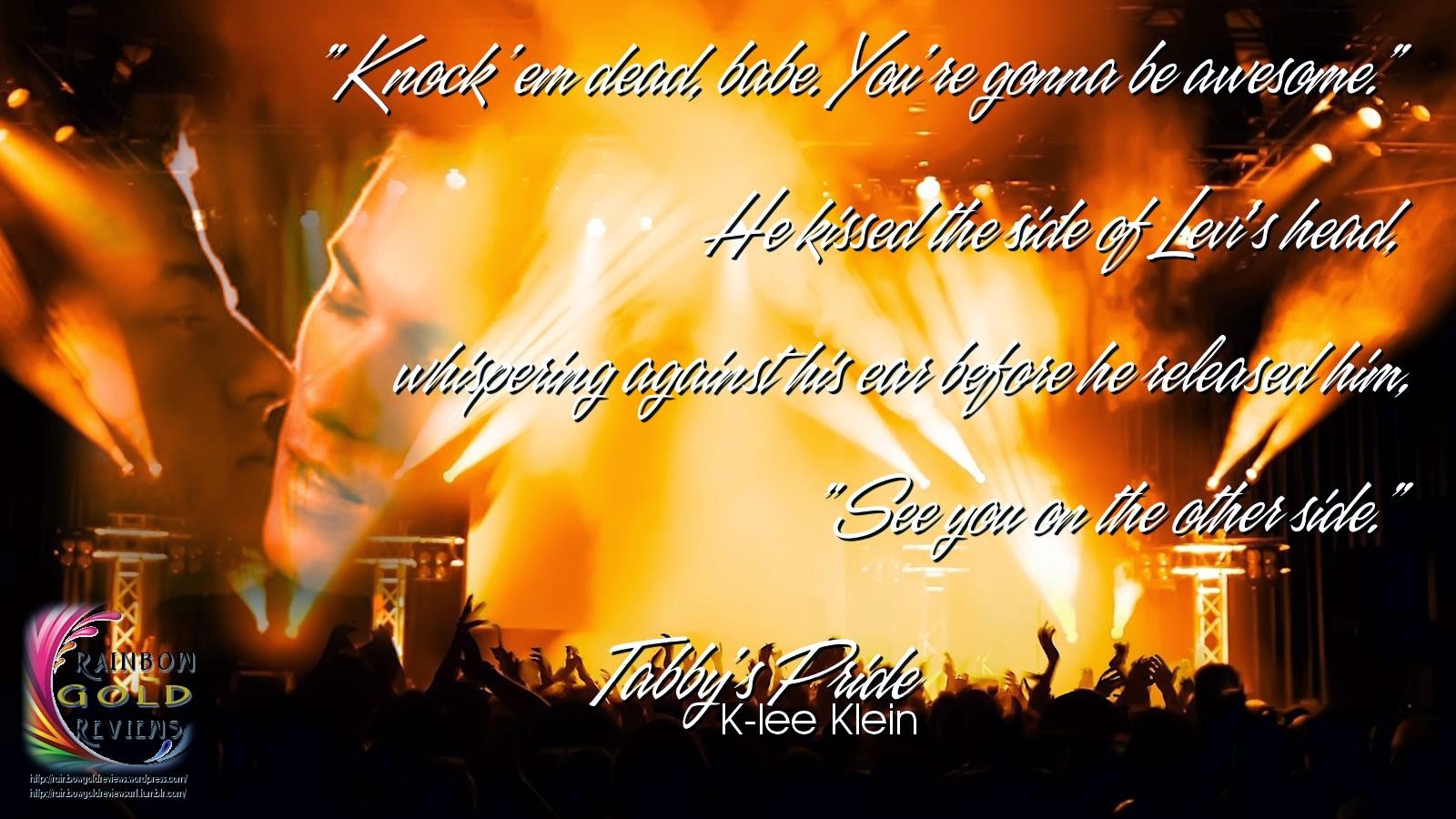 Levi is ready to do anything to make his rock star—and hopefully, personal—dreams come true.

Has he made the right choice or will his dreams fade in a catastrophe of lies and uncertainty?

The venue for the charity show wasn’t big, but it was far larger than any of the ones Levi had played before. It was scary and important, and his heart raced like a runaway train. He kept to himself, clutching his guitar like it was his last possession in the world.

The other guys huddled together just before they were due on stage, encouraging Levi to join their circle of three. He stood with Xan on one side and Kevin on the other, reveling in the warmth and companionship of being part of something special. It was a feeling of inclusion that sent tingles up his spine and unbelievable calm to the nerves that had been wreaking havoc on his body.

When they were finally announced, Xan dragged Levi into his arms for a powerful embrace. “Knock ’em dead, babe. You’re gonna be awesome.” He kissed the side of Levi’s head, whispering against his ear before he released him, “See you on the other side.”

Levi was the first to take the stage, head held high as his knees wobbled and threatened to toss him to the floor. The crowd reacted in a positive way despite the others taking their sweet time following behind him. He was thankful for the bright lights and the tiny monitor tucked in his ear, both enabling him to slip inside his head before he threw-up on his shoes.

Lion’s Pride kicked ass, and Levi soared to new heights of jubilation and self-confidence. His solos rocked the house, his vocals were spot on even if he did say so himself, and Xan’s half-naked body had stayed in his peripheral vision for the whole night. 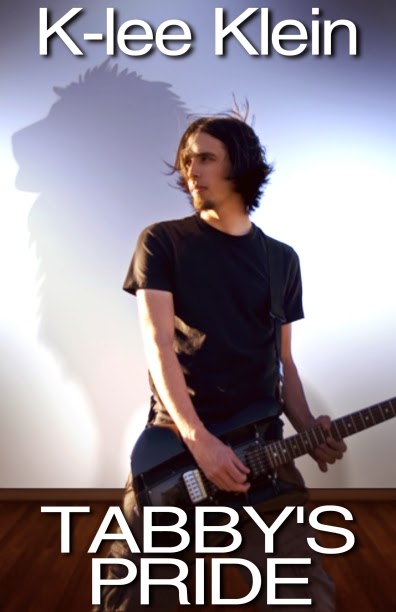 No one had been more surprised with his sudden shifting than Levi—especially after Xan’s kind assurance that he didn’t have to do it for the first show if he wasn’t ready. But the excitement of the crowd, the glowing accolades in the form of clapping and hooting and cheering were so exhilarating, were so validating, and exactly what he’d always dreamed of. The band had moved to the back of the stage, huddling just beyond the viewing of the audience, high-fiving each other for an amazing show while the audience screamed for an encore.

Levi’s fatal error began with glowing awe and overpowering love as he watched Xan strip off the rest of his clothes, the happiest smile slapped on his face as he laughed and celebrated. He handed his things to Marv, winking before he flashed Levi a wide grin. The golden gaze swallowed Levi’s heart as Xan splayed his hand over his chest then tapped his fist over his own heart. He mouthed, “All yours,” and Levi was doomed.

It was like some sappy old-fashioned love story his mom had made him sit through when he was young, as she wept and smiled beside him. It was crappy romantic drivel and it was all Xan. Then before Levi had a chance to question or even reply in any way, Xan was shifting and changing. He fell to his knees, the sounds of popping and grinding only partially disguised by his groans and whimpers, and those of Kevin and Don. His body lengthened, muscles elongating, twisting, squirming under the pale skin that quickly turned to coarse white fur.

Levi struggled for breath when three larger-than-life lions stared back at him—majestic, regal, beautiful but distinctive in their own ways. Kevin was light gold, his mane even paler than his body, smaller in stature than the others but with his head held high just as he always did in his human form. He even seemed to retain the sarcastic smirk that was his trademark.

Don was more golden brown, his color darkening from mid-body to his hind legs and tail with the same chestnut as his mane. He was bigger, too, tall and wide, and Levi could clearly make out the rustling and repositioning of muscles beneath his fur as he completed his change.

Unfortunately, in the end, standing hadn’t been the problem because with one of nudge of Xan’s warm lion nose against his palm, Levi’s cat ignored every fiber of resistance and sent him sprawling to the floor in a whoosh of biting pain and waving nausea. His clothes were suddenly too big, forming a puddle beneath his tiny feet as he yowled out the steely pain that accompanied his shift.

For barely a moment, his vision blurred and reddened, quickly resolving itself as he briskly shook his head. When he could focus and function again, Xan was the first thing he saw. He looked up into stunning turquoise eyes, beautiful in their wideness, but heartbreaking in their confusion. Xan moved a little closer, his scent surrounding Levi—musky but sweet, wild but familiar, intimate and possessive in its intensity.

Seconds felt like minutes, then minutes like hours as Levi stood fearfully still, all four paws glued to the floor. Movement behind Xan startled Levi, and he was certain he’d jumped and hissed. Kevin and Don joined Xan, a fortified line of defense beside their leader—then Levi ran. 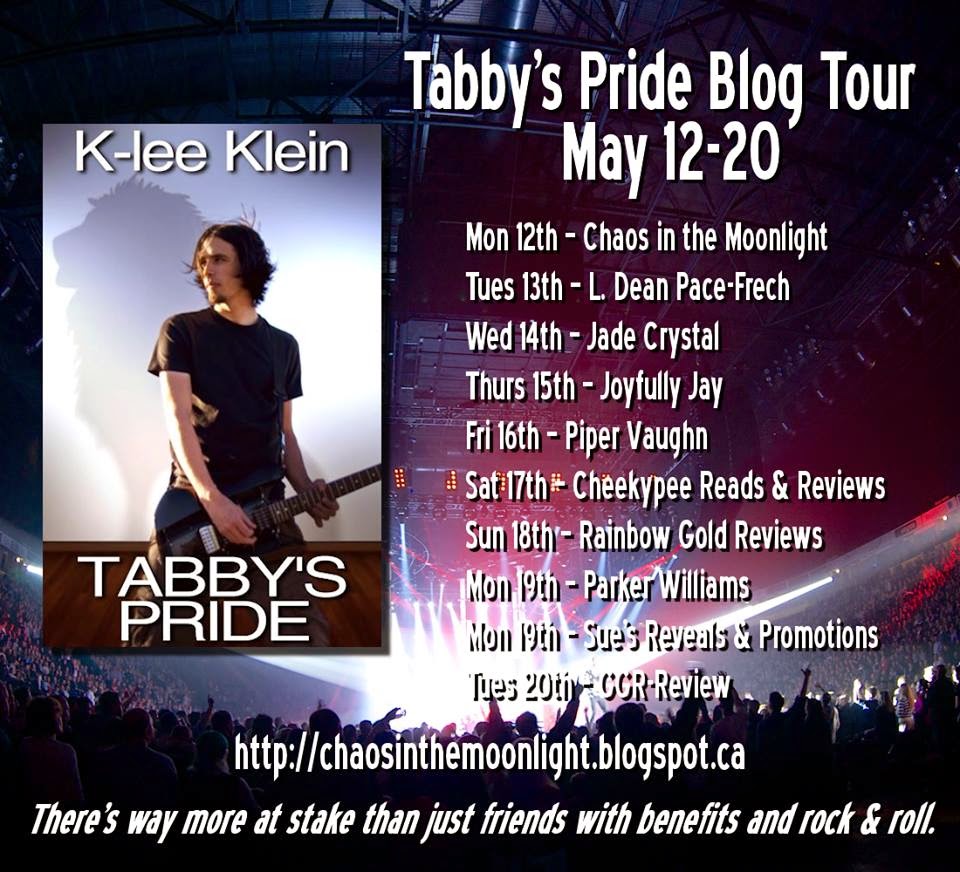