Please welcome the fabulously talented, and I'm proud to say, one of my best friends, Terry Millian, to the blog. Terry is hopping around from blog to blog to promote his new release, Iron Will. I was lucky enough to beta on this one and I can assure it's truly a creative and interesting mecha story - my first in fact, and I enjoyed immensely. Make sure you check out the links at the end.
Ripples in the Water
Rick, who you meet a few chapters in, is one of those characters that, once you’ve outlined the whole story, pops up out of nowhere as soon as you sit yourself down to start the actual writing and messes the entire plot, like a pebble making ripples in water.
Eventually, though, the water surface will be smooth again, won’t it, but the pebble will still be somewhere underneath, and after much grumbling and bitching, I soon came to realize I simply could not get rid of him and return to the old plot, no matter how hard I tried to. It was like the pebble had always been meant to be there, at the bottom of the pond, had just been removed at some point and had now resumed its rightful place.
I couldn’t tell you much about him, however and because of that, since he is so intricately woven into the plot that anything I could say about him would basically spoil one thing or another.
Anyway, thanks for joining and you can read my ramblings about idioms and made-up swear words at Piper's blog (include link), and you can even enter a giveaway at my own site ~~ Terry Millienl).
Don't let your gears rust. :-) 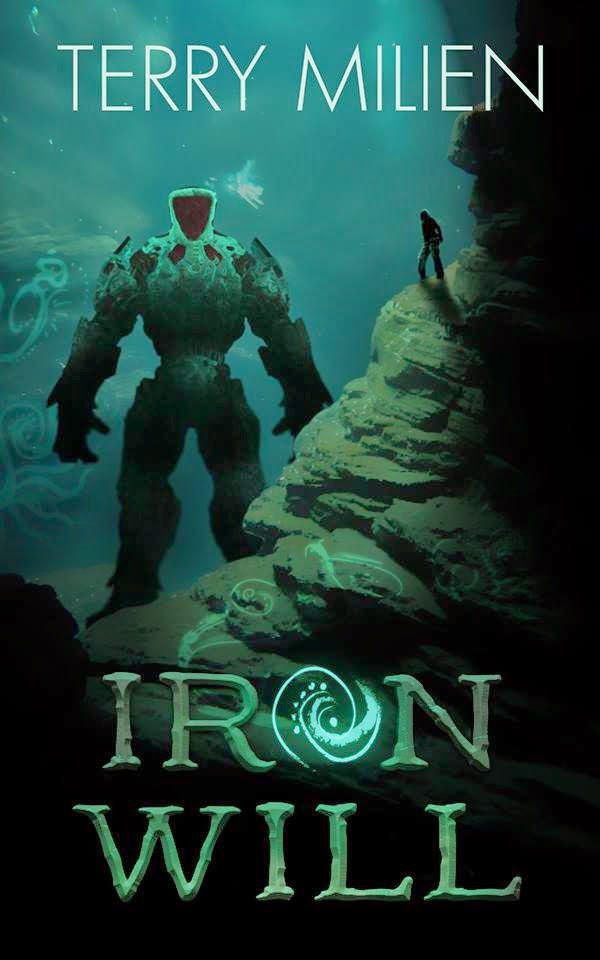 Gael has never believed in “Steel Giants” and magic; they’re just stories told to captivate children and remind everyone of the power of the Corporation. Those beliefs fall prey to doubt, however, when he abruptly finds himself enemy number one and being hunted down by those who are supposed to protect…

Iron Will was released from Less Than Three Press on April 9, 2014. For links and information about Iron Will, please go to
IRON WILL

Terry has always loved making up stories. Even before he could write or read, he could be found changing around Disney's stories after he'd watched the movies. The youngest of five, the odd one out, he grew up constantly bored because his siblings were "too old to play", so making up stories was really a necessity. At 11 he was hooked by the Harry Potter phenomenon, and by 16 he really couldn't wait for the damn translations to be made so he decided to go for the original versions. Since then he mostly writes, reads and watches TV in English.