I can't believe I haven't dusted this old thing off since September but here I am. It's not really release day either, but I am doing a giveaway for a new release. To be honest I'm not having the best of days so this will be short and probably not too sweet. I'll be back soon with something more entertaining, I promise. AND I've finally updated my WIPs so you can see if what I'm working on. :)

Unbroken Hearts - an Unbreak My Heart story comes out on Sunday, March 2. I'm excited about it even if I don't seem like it at this moment. It's roughly 25,000 words which is quite remarkable for me since it had started out with a maximum word count of 10,000. Obviously, the boys had more to say that I thought - and when I say boys, I mean JT since it's in his POV this time.

That doesn't mean you won't see and hear Mr. Brett Taylor but it's JT's turn to let you into his head a little more. I can honestly say the story is sweet and sappy, but will also tie up some loose ends from Unbreak My Heart and show the boys working things out in their own special way. 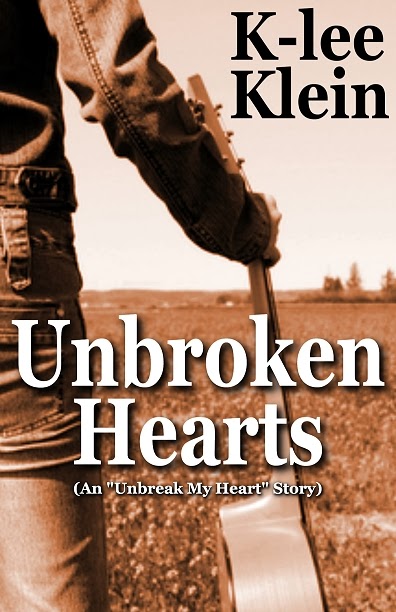 ~~JT Campbell knows Brett Taylor’s proclamation of love a few months earlier was true and honest, and Brett’s nothing if not sweet and attentive. But when the most romantic day of the year rolls around and Brett seems to be ignoring it, JT finds himself drowning in disappointment. Growing up, JT was never allowed to celebrate Valentine’s Day and was taught to reject the sappy, fake sentiments of the holiday. But would it be too much to expect Brett to at least acknowledge the day?

On top of that, JT can’t help but feel uneasy about the one huge reminder still standing on the ranch of Brett’s old lover. JT tries hard to pretend it doesn’t bother him, but he worries that as long as it’s there, Brett will never fully be able to let Walt go and move forward with JT. Can an unexpected show of love and commitment soothe JT’s fears?~~

So…I'm doing a giveaway for two ebook copies for anyone who sees fit to leave me a comment. I'm not making it a requirement but I'd really love it (and it would make my day better) if you told me what part of Unbreak My Heart you liked best - scene, character, circumstance, whatever. Or if you haven't read it, tell me how you feel about angsty stories which I believe Unbreak has been described as. Since I'm so late, I'll run the contest for only a short while - until March 3, the day after release date so get your entries in quick.

I want to thank everyone who supported Unbreak My Heart and also share some of the fabulous fan art starring Brett & JT. These are very special to me. AND lastly, here's an excerpt form Unbroken Hearts. Hope you enjoy.

...JT Campbell felt like he had loved Brett Taylor every single day of his twenty-eight years of life. If given the chance, he would have burrowed beneath Brett’s skin like some all-consuming virus just to ensure he would always be with him. And if that wasn’t a statement of true love, or, in the least, the musings of a man completely under the spell of a former country singer with more issues than People magazine—he didn’t know what was.

In reality, six and a half months was no more than a drop in the proverbial bucket of relationships. But it was far longer than any other romantic liaison JT had ever experienced, and if he had his way, Brett would be the last lover he ever had…period. There just weren’t enough words to describe how much he loved his cowboy.

As for Brett himself, he was moody, sensitive, stubborn, caring, annoying, sweet-as-pie, and so damn beautiful it hurt JT’s heart. But despite the good, the bad, and the shameless sexiness that was Brett Taylor, he always came out on top—well, in a non-literal sense—even when it came to planning the worst Valentine’s Day dinner ever.

“G’morning, Darlin’,” Brett had said when they woke up. “I told Ray and Mama we’d have dinner with them at Bubba’s tonight. Old friend of mine is dragging his guitar out of storage for a one-night-only performance. I said we’d be there for moral support.”

JT didn’t really define himself as a hopeless romantic, and he hadn’t necessarily expected a sappy card or a vase filled with fabulous red roses—though that would have been really sweet. But what he had expected, or, yeah, wanted, was some adult alone-time with Brett on the so-called most romantic day of the year. Something private and intimate, that didn’t involve Brett’s foreman and friend Ray Durant barging in at any given minute just because, or revolve around being horizontal and sweating, at least at first. He wanted to hold hands across a table, have Brett gaze adoringly into his eyes as wine sparkled in fancy glasses, flowers scented the room, and goddamn cupids played tiny harps… So, yeah, that hopeless romantic thing was a possibility after all.

His gift for Brett wasn’t the most romantic thing in the world either—a book about foals or fillies or some kind of baby horses Brett had been talking about lately, plus a card JT had painstakingly picked out. The flaming red paper practically oozed just how much in love he was with Brett, and was the sappiest thing he’d ever bought, or even ever considered buying. Love did strange things to people, and JT had fallen hard for every single one of those things that involved Brett Taylor… 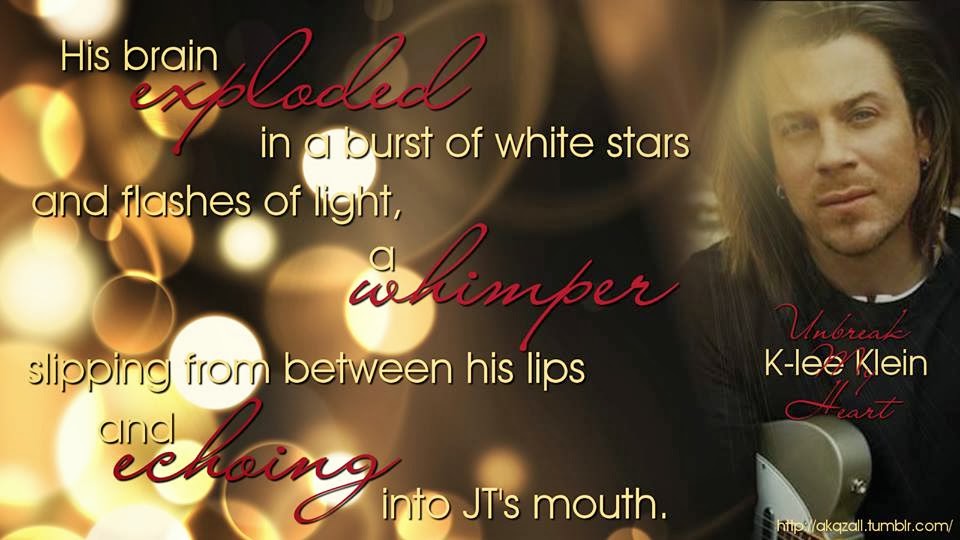 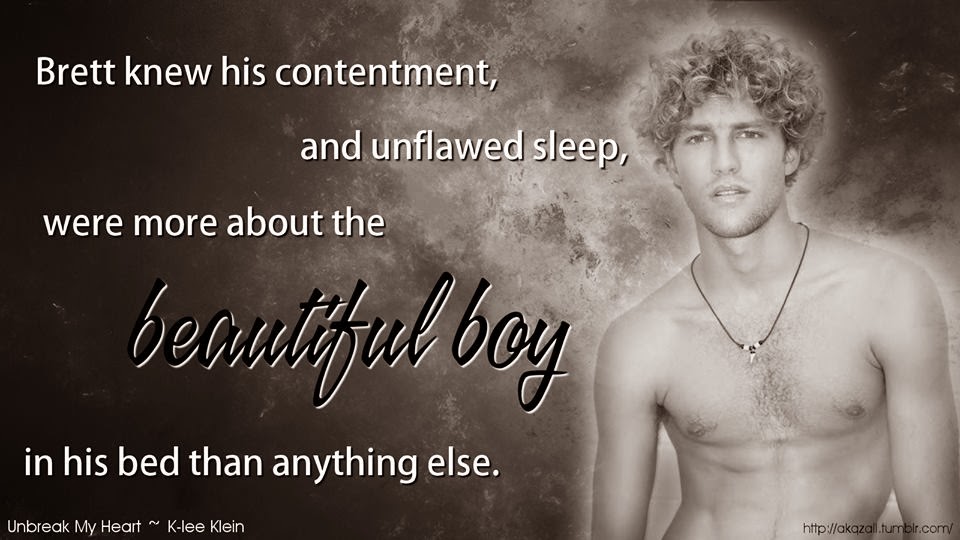 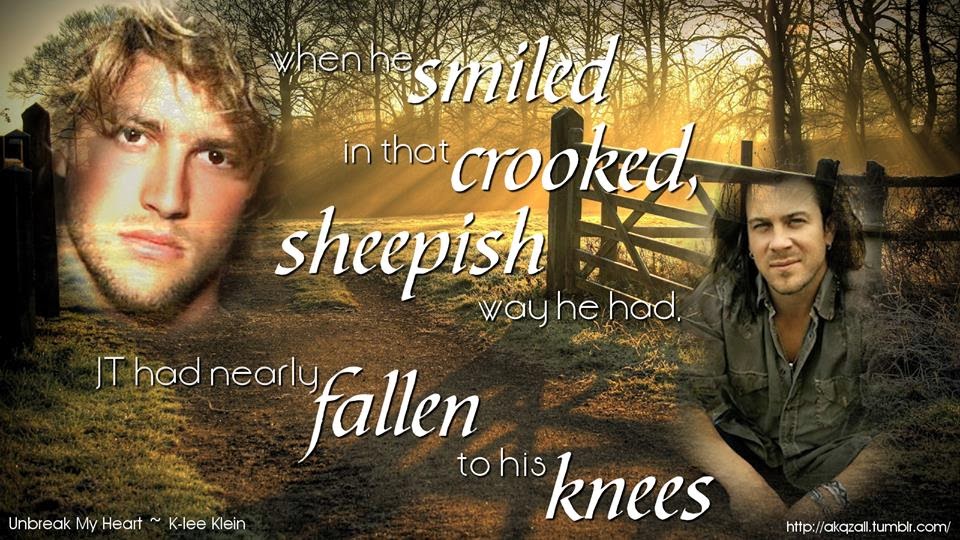